Does the perception of Asian builders being price fixated and slap dash on quality match the reality? As customers, are they in fact similar to Kiwi builders after all? Steve Bohling reports. 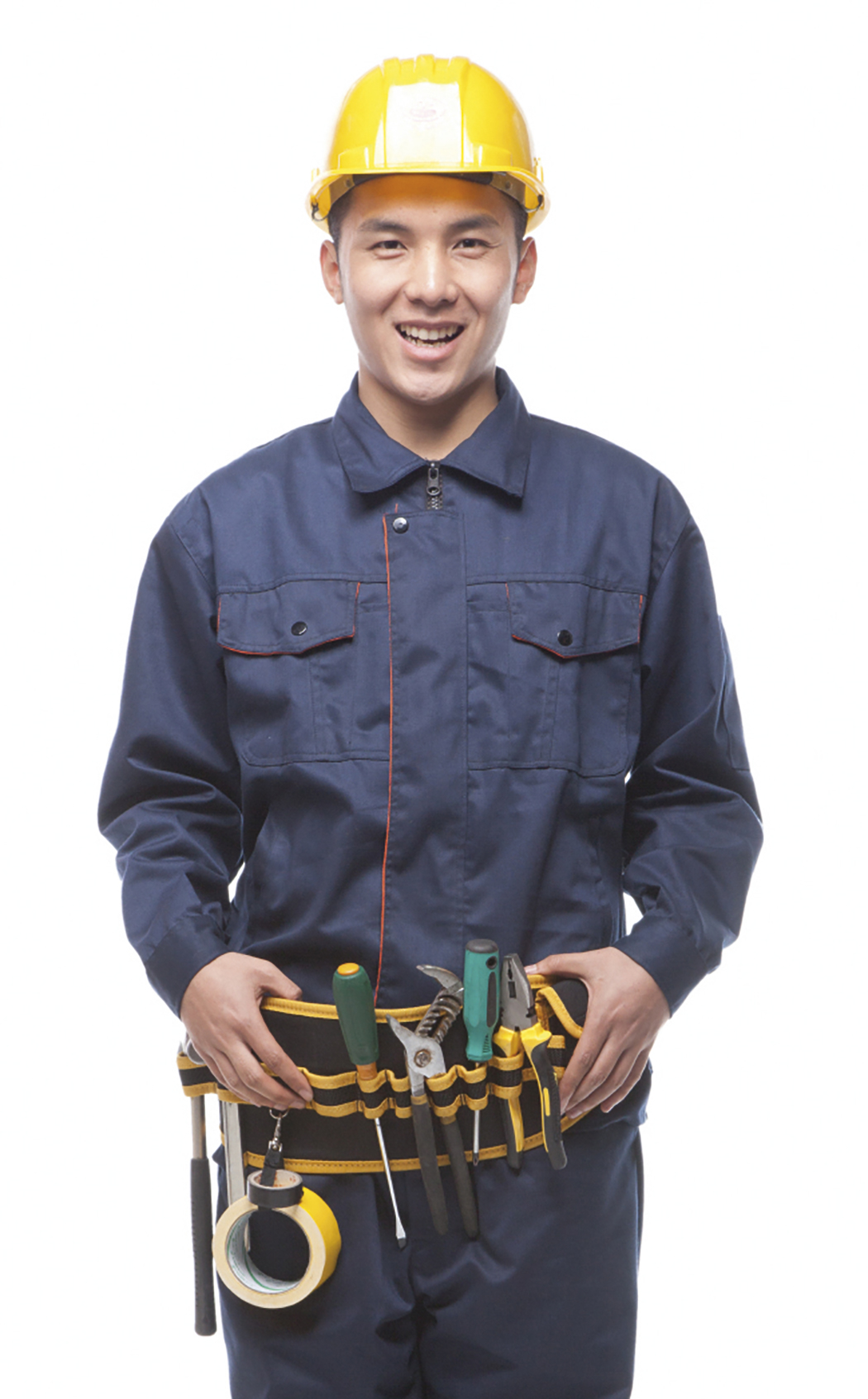 This is part two of our look at the effect on builders supply merchants in particular of the so-called “Asian Invasion” – a steep increase in the numbers of Asian builders, mainly Chinese but also Koreans, Indians and others. (See the Feb 2014 issue for part one.)

Over the last 4-5 years, Auckland’s North Shore and South Auckland in particular, but also just lately Christchurch, have been seeing an influx of Asian builders and builder-developers. Many concentrate on marketing spec houses to people of their own ethnicity who are making up a growing percentage of the New Zealand population (almost 12% at the last Census).

As further confirmation of the changes to New Zealand’s ethnic mix that we showed in the last issue, Statistics NZ’s latest figures show that for the year ended February 2014, China became the biggest source of net migration for the first time in a decade. For the year to the end of February 2014, Chinese long-term arrivals rose almost 9% to over 8,500, an increase of 14%.

All this is just part and parcel of the cultural ebb and flow that most countries are experiencing in the two thousand and teens but there’s another factor: the appearance of Asian builders is also to do with filling a void and bolstering the current lack of capacity in the building trade.

ARE THEY SO DIFFERENT?

As we found in part one, although there is a preconception that all Asian builders are simply about price at all costs and rapid delivery that keeps pace with their rapid builds, what builder these days isn’t?

As we have found, though, price may be important for these Asian tradies but it isn’t everything. And it’s certainly a common outlook among merchants and suppliers that these builders and builder-developers are in fact less of a risk from an account perspective than many jobbing Kiwi builders.

But there remains a language/culture issue that merchants are overcoming in a variety of ways, notably by recruiting Asian speaking staff. As one put it to me: “Ideally, on the trade counter, you’d have a South African, a Mandarin speaker, a woman and two palangis…”

Among the merchants, Mitre 10 has been seeing Asian custom in stores like Mt Wellington and Hamilton, among others. Andrew Cochrane, General Manager – Trade, Mitre 10 NZ, says the new customer types are simply a fact of life: “Our stores and the people in them should reflect the community they’re in and the type of customers we have. Yes I think they’re growing and will become more and more important – in Christchurch for example.”

In point of fact Mitre 10 Trade’s Trade Rewards programme is already published in Mandarin and, adds Cochrane: “In the ideal world we would have a bilingual website.”

Among the builders’ merchants, especially around Auckland, there is healthy and growing demand from Asian builders. For example, Neville Carpenter, General Manager at TimberWorld in Auckland, with its five stores, says the company’s Asian customer base across the company’s branches varies in each area, but pans out around 25%.

Does he see any special or major challenges with this market? A decreasing minority of Asian builders can be tough on price negotiation, but, he adds: “Though some are only price driven, eventually they end up quite similar to the Kiwi builder in some respects when you have them as a long term client; trust develops and they’re not that different to deal with.

“Sure, among our customers you have ‘shoppers’, but we also have guys who eventually stop shopping and realise that they are getting a fair deal. Shopping can waste a lot of time and at the end of the day all the merchants around Auckland are similar, with similar overheads and margins to achieve.”

Does Neville Carpenter agree with the comment that Asian builders are a lower risk than many, as we heard often in the last issue? “Yes, I would say that – a lot of them are well funded and a lot of them are very forward in making payment. But most of them are not paying cash, they are running trade accounts and it’s unusual to have too many problems.”

Still, when it comes to opening an account, TimberWorld still takes care with the named party’s identification in particular, over and above the normal credit checks and searches.

If there’s one lesson TimberWorld has learned thus far through its dealings with Asian builders, what would it be? “I think you have to treat them the same as you would treat any customer,” says Neville Carpenter, adding “You’ve got to provide a good service with back-up and support just like any other customer – all they want is a good team round them.

“We’re in the service industry really! They want to build a relationship like anybody else.”

In the search for a different perspective, I talked to Alex Lin at Handy Warehouse, which has recently added a storefront on Sunnybrae Road on Auckland’s North Shore. After six or so years in business and with a developed trade customer base, Handy Warehouse is an established player in this sector of the market.

I asked what were the key reasons that Asian builders buy from the operation. “Because we have a good service and we have good prices,” says Alex Lin, who was quick to underline that Handy Warehouse’s prices are keener than the big boxes located nearby.

But it’s not all about price for Handy Warehouse’s Asian customers, says Alex Lin. He also emphasises the company’s willingness to be flexible and to source anything the customer needs. Kiwis may pride themselves on a get-it-done outlook but I suspect the Chinese service ethic is just as strong.

And is the business based solely around Asian builders? Actually no: some 60% of his customers are Chinese builders or Korean or Japanese. The rest are Kiwis who are, unsurprisingly, apt as ever at hunting down the keenest prices…

Asian builders are known for sometimes using a transient or temporary workforce. They have also been known to source their own products through their extended whanau. But is this still the case and does this mean below par quality homes, as has been rumoured around Auckland’s North Shore?

Gossip around the traps suggests some years ago there were issues with construction quality. But the market has matured, one merchant confirming there is now a lot of “long term players” as opposed to the opportunistic builders who the trade talks about from time to time.

Plus the Licensed Building Practitioner scheme with its site supervision requirement and generally tighter building controls are having an effect. At the end of the day, says Mitre 10 Trade’s Andrew Cochrane: “Asian builders still have to be licensed, they still have to meet certain requirements and they still need to build to a standard, like anybody…”

In respect of some of the more juicy rumours around building quality, including goss about some homes that may or may not have been almost completed without a permit, Auckland Council Building Control Manager, Ian McCormick, says he is not aware of any builder who is building a home without a consent.

But, he adds, with the increase in homes being built across the region, although sometimes practitioners (designers, project managers and builders) are relatively recent arrivals to this country, the “workmanship and building code awareness tends to reflect the same range of expertise we experience in other sections of the industry.”

When I started researching this story, I was hearing levels of disquiet among suppliers particularly and merchants (a little less so) around Asian builders being super tough on pricing at the same time as showing lowish levels of customer loyalty.

Now, having trod the pavement and bent the ear of quite a variety of people in the building trade, I suspect, as with so many cases, it’s the exceptions that prove the rule. In other words, I feel that the “Asian invasion” is for the hardware channel just another facet of these changing times and businesses will either change and adapt or lose out on these additional customers.