Is this the future of frame & truss?

There’s prefabrication and there are elements of prefabrication. Panelisation is one of these elements, and the buzz is that it’s a promising stepping stone towards more houses being better built, more quickly and more affordably. Steve Bohling reports. 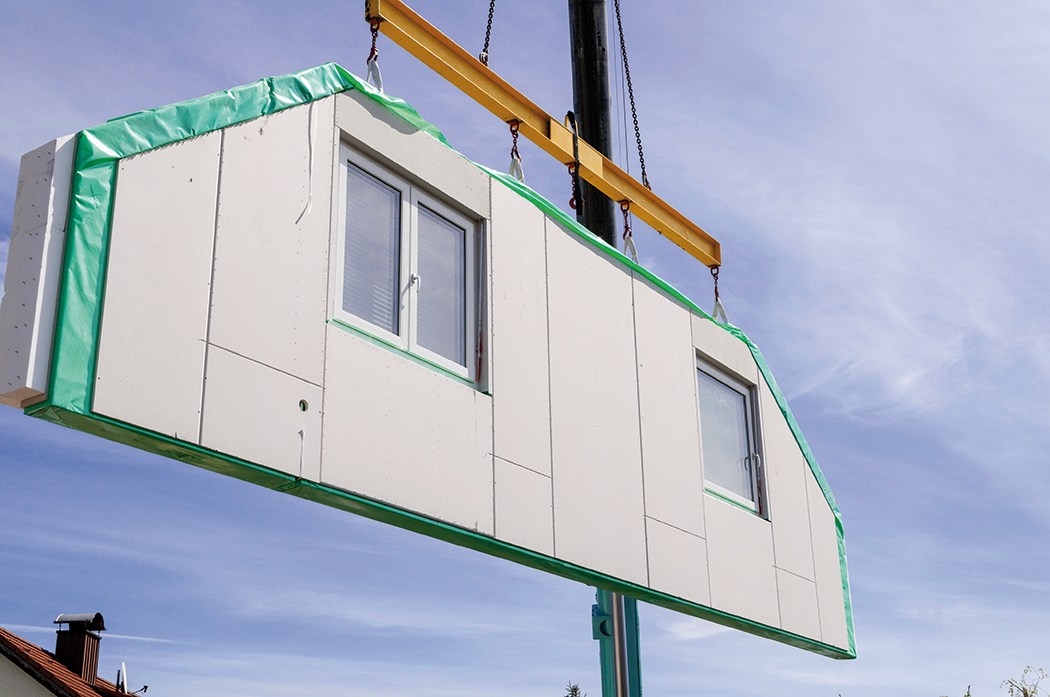 There is much happening around panelisation in New Zealand. It ticks many of the boxes currently under scrutiny such as quality assurance and housing affordability not to mention the industry’s speed of response to the issue of demand continuing to outpace the supply of new homes.

Much about the subject continues to fly under the radar, but there’s enough of an indication around the current level of investment going into plants to build factory-complete panels (and the demand for their output) to indicate that the time may be coming for panelisation.

What is panelisation? A house constructed from a series of panels representing the key exterior surfaces of a house (internal/external walls, roof, floor), as already produced by almost any frame & truss plant but emerging insulated, clad and possibly wired and plumbed for easy connection.

Is this a major leap for the Kiwi building industry? Evolution or revolution? Pamela Bell, CEO of Prefab NZ (www.prefabnz.com), reminds us that New Zealand already has a rich legacy in prefabrication if not panelisation, with significant building components regularly being built offsite and in controlled circumstances (i.e. prenail, staircases etc etc being built in factories).

But now, she adds, early adopters of a more automated approach, specifically aiming for volume output of panels, are taking the next step, armed with experience, plant and systems borrowed from more mature markets: “We are looking to the northern hemisphere for leadership in terms of panelisation and volumetric prefabrication,” she says. We look at three of these early adopters later on.

With the potential to save significant time on an average house build thanks to prefabricated or panel components, Pamela Bell says it is “Only a matter of time before the builders who are buying prenail off the shelf are buying panel products instead, whether they are clad or lined and clad.”

As mentioned already, elsewhere in the world, for example, some 15% of all Japanese homes are prefabricated in some form or other (as panels or modules/complete rooms), albeit mainly using steel. In Germany a similar percentage of houses come as timber panels, as in Japan mainly for the medium to high end market but also for some affordable buildings.

WHO ARE THE EARLY ADOPTERS?

So, who are New Zealand’s early adopters of panelisation? Three ventures that we’ve found so far are as follows…

First up there’s eHOME (www.ehome.nz), whose plant in Kumeu, north west of Auckland, was opened by the PM in June last year and has been busy supplying panels small to medium scale projects around the greater Auckland area with its automated saws and flatbeds.

From other articles and eHOME’s website, as with the other players, right now it’s all about building volume and 50+ units. In this respect, eHOME’s website shows quite a growing collection of multi-dwelling projects ranging from 20 to 90+ units either in train or already built around Auckland.

Talking briefly to Marsh Hudson, eHome’s Chief Executive, he says he prefers to stay “under the radar” for now but hints at more news in the New Year. We will follow this up.

(Update: eHome went into liquidation in the middle of 2015 - see story here.)

BEING CONCISE ABOUT PANELS

Due to start pilot production over the summer, Concision (www.concision.co.nz) is the brand of NZ Panelised Buildings, which is a joint venture between Spanbild (Versatile, Totalspan and others) and Mike Greer Homes, New Zealand’s largest privately owned group home builder.

With a new $14 million factory in Rolleston Christchurch and plant in place from Germany, Concision follows an established European model which needs scale to work. Hence the JV.

Demand from across the JV’s various brands offers both volume and a variety of different building models and scales and means the investment is “somewhat de-risked,” according to Tim Blake, General Manager Business Development at Spanbild Holdings.

Currently Concision may be described as an in-house resource for the various key partners but it will also need to take on external demand and will certainly need to aspire towards the top end of its 600-1,000 units a year capacity.

Panelisation is “The next evolution of prenail framing on steroids in terms of the system’s capability. It takes elements of a conventional house build and manufactures it in a controlled environment so finished walls leave the factory on trucks with insulation inside them and with conduits for services and internal linings,” says Blake.

Windows, doors and external cladding may also be in place – all of which makes for super-rapid assembly on-site. A typical 200m2 home can be assembled and blocked in during a single 8-hour day. Indeed it is Concision’s stated intent to half current build times!

What’s the difference between a panelised approach and a conventional build? The brand new, highly automated factory will mean less wastage and much higher productivity than the average frame & truss plant – after all, Concision is not just sending out a naked frame to a building site.

It may all sound a bit “out there” but Concision’s approach is more evolution than revolution and has been designed to minimise risk at all stages. For example, the high-tech Weinmann machinery is supported locally by W&R Jack so there are technicians and support on the ground here.

Concision is also currently using conventional timber framing but is looking closely at engineered timber in anticipation of builders and owners requiring LVL. Usefully, the factory’s sheer productivity should help moderate the price premium LVL currently brings with it.

The Rolleston factory is opening in January but will be operational from mid-December, after which time “it all gets very real” for everyone concerned… And Concision is about the long view. Indeed, Tim Blake emphasises that this isn’t just an opportunistic enterprise and that the JV’s long term investment includes a second factory in Auckland.

Branching out from a start in F&T, the company took advantage of the existing plant but, with more than half an eye on a more value added outlook, has recruited a team of drafters, designers and LBPs to handle the more complex demands of adopting a panelised outlook.

How to take the next step up towards greater volume? NFP has hooked up with another part of the Red Stag family in Hamilton developer Modeco NZ for a development of high quality two-storey compressed unitary plan homes. Delivery on-site of the various pre-fabricated components means being able to erect a complete weather tight building in a single day.

Other products are being looked at, adds Cordes, including prefabricated modules or rooms and clusters or modules and the company will also be looking to leverage off the growth in apartments with multi-storey timber framed buildings. The latter is “work in progress” for now.

As we found in the last issue, the frame & truss industry is already taking steps towards greater productivity. Panelisation may be the logical next step but it is not just about enclosing and populating house frames with insulation, services, doors, windows and cladding. It’s also about justifying the significant investment required in plant, machinery and processes that takes production standards up to the next level.

With the New Zealand version of the Grand Designs TV programme having recently visited the Northern Frame & Prefab factory to look at floor cassettes and open wall panels, even if the actual programme is not due to air for a year or so, interest in taking a panelised approach to houses is clearly growing.

But there is some baggage to get rid of first. For example, Jason Cordes prefers to talk about “modern construction solutions” rather than “prefabrication” because of the word’s perceived negatives… Plus, he adds, NFP is offering a “different level of quality in build and construction” to what many perceive a typical old-style prefab building to be.

The parties I spoke to were equally keen to dispel the myth about prefabrication only being able to produce identical homes – the famous “little boxes made of ticky tacky”. Trouble is, achieving volume is a fundamental of making such a highly mechanised, more highly automated (and more capital intensive!) “factory” approach work…

Is this the approach that will help timber take back share from concrete and steel? More on this subject soon.