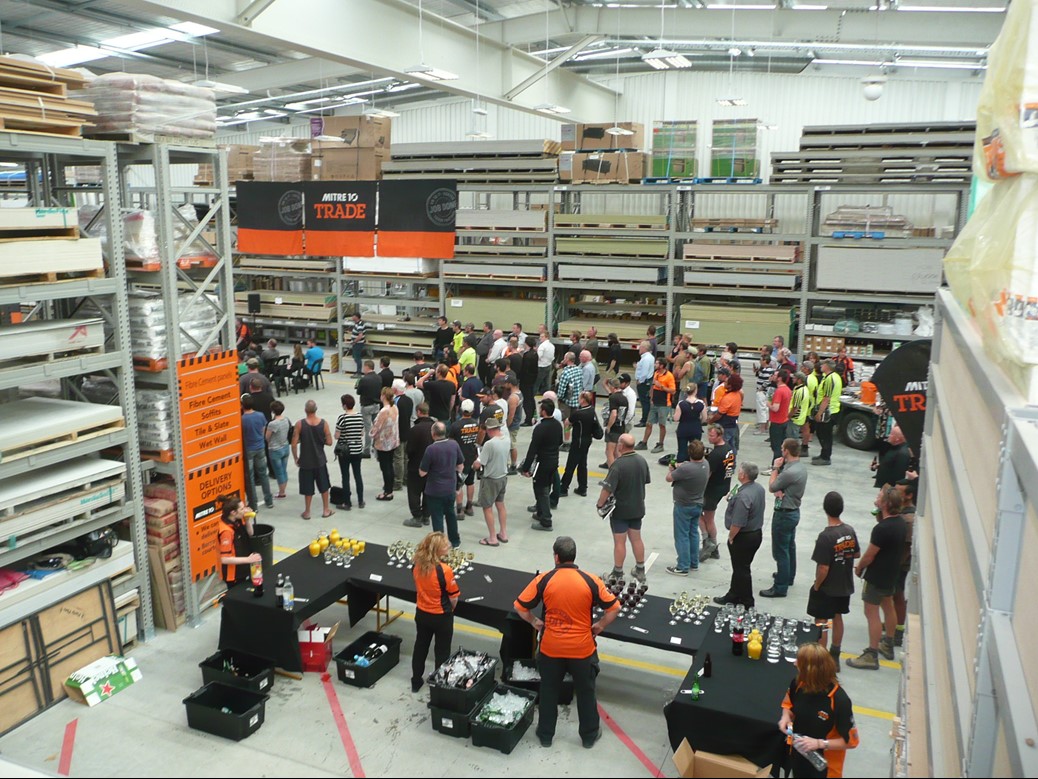 Aiming to make the most out of the $250 million worth of private and public construction that’s expected to take place in the area over the next year, Mitre 10 MEGA Queenstown opened for business at the end of November.

The new store in Frankton Flats’ Shotover Park replaces the Mitre 10 Remarkables Park store and is the culmination of a 4-year project that began in November 2011 when resource consent was lodged with Queenstown Lakes District Council.

Featuring Mitre 10’s new kitchen and lighting offers, MEGA Queenstown spans 8,000m² and comes with 180 carparks, a drive-through service for the trade, children’s playground and a Columbus Café – not to mention sweeping views of the nearby Remarkables.

The 39th Mitre 10 MEGA and store number 81 overall, Queenstown is the second for the Smith family. The longstanding Mitre 10 members also own the Invercargill MEGA, which opened in 2005.

Mitre 10 CEO, Neil Cowie, says the new store is a significant expansion for the cooperative:  “I take my hat off to the Smith family as well as to Paul Reeve, the store’s General Manager, and his excellent team.”

Interesting that the store sports a colour scheme that’s designed to blend in with the surroundings. Iron sand is a key colour for the store, although you will also see the traditional Mitre 10 orange in places.

With the Remarkables Park store now closed, all 40 team members – perhaps half the new store’s total complement – have relocated to Shotover Park.