What was the vibe at Mystery Creek this June? The NZ Hardware Journal team reports. 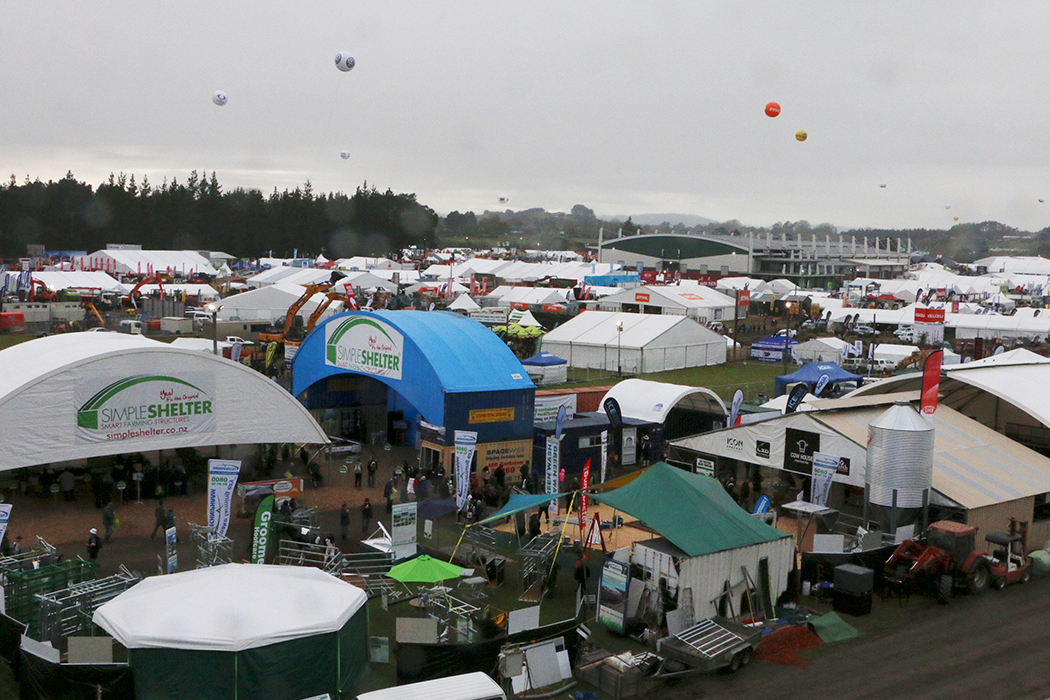 This year’s event started damp and grey and finished in sunshine. “We are thrilled with this year’s event,” says Lee Picken, Fieldays Head of Events. “The vibe has been fantastic and the four days have been seamless. We’re very happy with visitor turnout and feedback we’ve been receiving has been really positive.”

Was the average exhibitor’s impression as positive as the organiser’s? A quick straw poll of stand holders related to the hardware channel suggests that it was…

WHO GOT THE POWER?

Makita and Sales Manager Jamie Teague were at Fieldays again in 2015 showcasing the company’s latest range of 18 and 36 Volt cordless tools. Expectations were high when we talked on the first day of the event. “We had a very good Fieldays last year and this year we are hoping to beat that and sell heaps more,” Teague said.

For Makita, having a stall at Fieldays means being able to demonstrate the company’s ranges, in their entirety, in one location. For the new cordless platform, this has given Makita a chance to alleviate consumer concerns about underpowered cordless products with excellent feedback from visitors this year.

“The reaction to the new cordless range has been very positive and people really responded to the convenience, the [lack of] noise and the power, especially as things like battery powered blowers have been pretty underpowered in the past.”

How was the show for Skellerup and its Red Band family of products? Marketing Executive Deborah Allan says it was “fantastic”. “We had a great Fieldays with lots of people in the tent, lots of end users who we were able to talk directly with and we got great feedback on a lot of our product ranges.”

Allan judged the general outlook at the show as “quite buoyant”, in contrast to some negative predictions that were aired before the event.

Another regular at Fieldays was Accent Tools’ Andrew Way with Hitachi power tools. Way says the upbeat vibe at the show confounded expectations somewhat: “We went into Fieldays expecting perhaps a little bit of a negative undertone from the rural sector but it wasn’t there at all!

“I guess there was the realisation that things are tightening up a bit, but there was still a lot of enthusiasm for our sort of product and the new gadgets that we were selling. So, overall, a positive result.”

Andrew Way and team were showcasing Hitachi’s growing range of cordless bare tools. “This year was the widest offering we’ve ever had so we put a lot of emphasis on that and it seemed to pay off,” he says.

The event also provided proof, if any were needed, that selling bare tools (rather than complete power tool kits) generates business. Andrew Way: “We have a loyal following of people who come to see us every year at Fieldays and a lot of those people have already got kits that are still going strong.

“So the bare tool concept that we try and promote to our retailers really works. People who bought a kit at last year’s Fieldays came back looking for what’s new to add to their set and jumped at the chance to add another cordless tool. That was the standout for us – the velocity of our bare tools was far greater than ever before.”

There was of course the usual interest in bargains and show specials, although not every exhibitor bought into that outlook: “That’s just getting harder and harder to do every year because nowadays everything is on special throughout the year!” quips Andrew Way.

Having said that, value for money remains top of mind. The average rural consumer these days is a pretty smart business person, he adds, and they’re acutely aware of what’s happening with the US Dollar, which led more than a few to stock up on Hitachi tools at Mystery Creek in anticipation of the price increases…

PlaceMakers and Bunnings had decent presences at Fieldays this year, as did BuildLink, with its particularly rural catchment. BuildLink’s Mike Bishop says 2015’s event was as much about raising awareness as doing deals.

“It was another successful event for BuildLink because we are still going through our branding process and getting farmers and rural people to recognise the brand,” he says.

Bishop is another to cite a generally positive outlook at the show and adds that some of that positivity may be because there’s some “new blood” being injected into farming.

“We had a lot of people looking to expand, as well as people who were perhaps new to farming coming on to our site, which was interesting – there are a lot of younger people coming through, I guess.”

Irrespective of whether “new stock” is improving the rural sector’s bloodlines, Fieldays remains a key event for anyone seeking to address farming and the related primary industries.