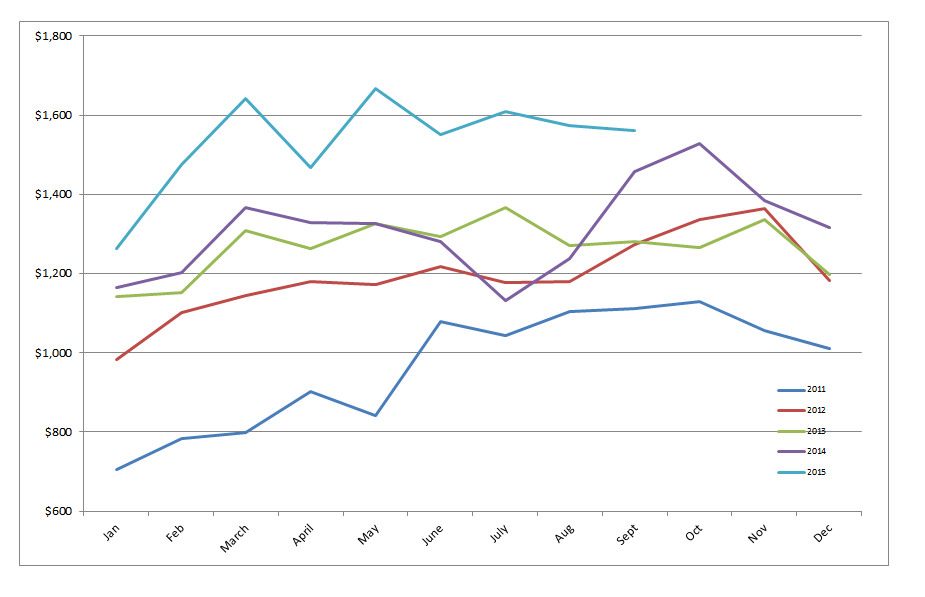 September trading followed a well-known pattern for the Winter / Spring seasons, where traditionally there is not a lot of movement in the market.

Alan Johnston at CreditWorks (www.creditworks.co.nz) confirms: “Overall channel debt, at $1.56 billion, was slightly lower than the previous month, but still up by 5% on the previous year.”

However, in terms of an outlook, he adds: “Expectations are that these debt levels will start to increase as we move into summer, with the greater pace of construction and as volumes of material purchases increase.”

CreditWorks also reports “a slight increase in DSO figures overall to just over 48 days, but nothing significant”. Having said that, the Building Material Supply sector lost the ground that it made up in August and is back up to around 62 days on average.

The only sector where improvement in DSO was noted was in Glass Supply, however this sector still rates as the poorest performing sector with an average DSO of just over 65 days.