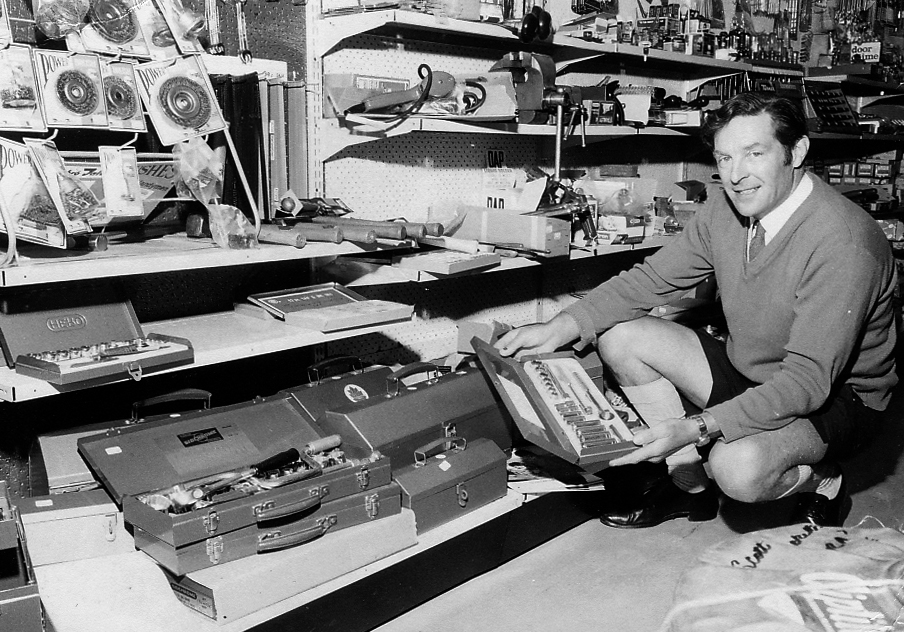 It is with much sadness that we advise the passing of a true Mitre 10 legend and ex-Chairman, Derek Ricketts.

Derek died on Monday 18 January aged 87, in his hometown of Napier. He is survived by his wife of almost 60 years Audrey and his two sons Graeme and Stephen.

Derek had been an integral member of the Mitre 10 family since March 1975, when the hardware chain he co-founded 14 years prior, Scott & Ricketts, became one of the first provincial stores to join the Mitre 10 Group.

“He was a wonderful man, who, since joining the Mitre 10 family over 40 years ago contributed in so many different ways,” says Mitre 10 CEO, Neil Cowie.

“He was the epitome of a true gentleman who always, at every opportunity, lived the values of the Mitre 10 co-operative.

“He was always generous with his time for fellow Members and always acted with absolute integrity.”

Derek’s ambition was always to run his own business. Having done this successfully, he would assist others where he could to help them realise this ambition too.

Last year, Derek and Audrey were inducted into the inaugural Mitre 10 Hall of Fame in recognition of their commitment and service to outstanding home improvement retailing.

“It was an absolute privilege to be able to honour Derek with the Hall of Fame Award last year,” says Neil Cowie.

“He was a role model who helped form our foundations, legacy and heritage and who really was a true example of what it means to be a Mitre 10er.

“Derek’s diligence and passion were unlike any other, and he always remained humble and very much down to earth.

“He will be greatly missed and will be remembered fondly by all of us here at Mitre 10.”

On behalf of NZ Hardware Journal, in whose pages Derek Ricketts, his family and businesses have appeared on a regular basis over the last several decades, we offer our condolences to the Ricketts family and friends.

Below (L-R): A family in the business - Stephen, Derek, Audrey and Graeme Ricketts.