The best bits from the archives of NZ Hardware Journal. This month it's April 1996 and "big boxes" are already a factor.

20 years ago we dropped into Ron’s Hammer Hardware in Manurewa, which had been just 16 months in its Station Road location but had already carved out a very healthy business in the area. 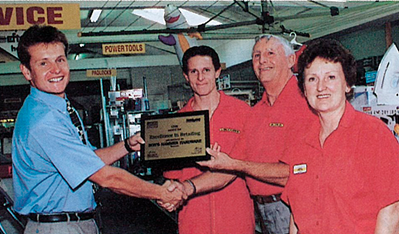 The success of the store was due in no small part to the personal touch of owners Ron and Margaret Cammel who, with the help of children Helen and Matt, managed to build a loyal customer base in the then very much expanding South Auckland neighbourhood. 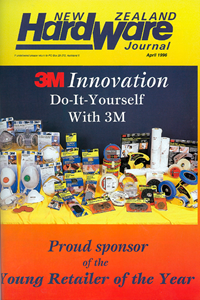 Ron Cammell has since retired and ownership of the store passed on several times since its 90s heyday. Current owner Ismael Ibrahim bought the business in 2006 but reports that, sadly, the store is set to close its doors this year with the building set for demolition.

Today, Ismael Ibrahim explains that the opening of big box stores nearby in recent years has steadily attracted customers out of the area.

But the writing may have been on the wall as far back as 1996, with Ron Cammell telling the magazine of tough competition for local businesses from the nearby Manukau Shopping Centre – and this before Bunnings and Mitre 10 MEGA even opened their doors just 4kms down the road in Pakuranga.