Have you noticed the changing face of heating?

The way we heat and cool our homes is changing. Are the suppliers and vendors keeping up? Jess Brunette reports. 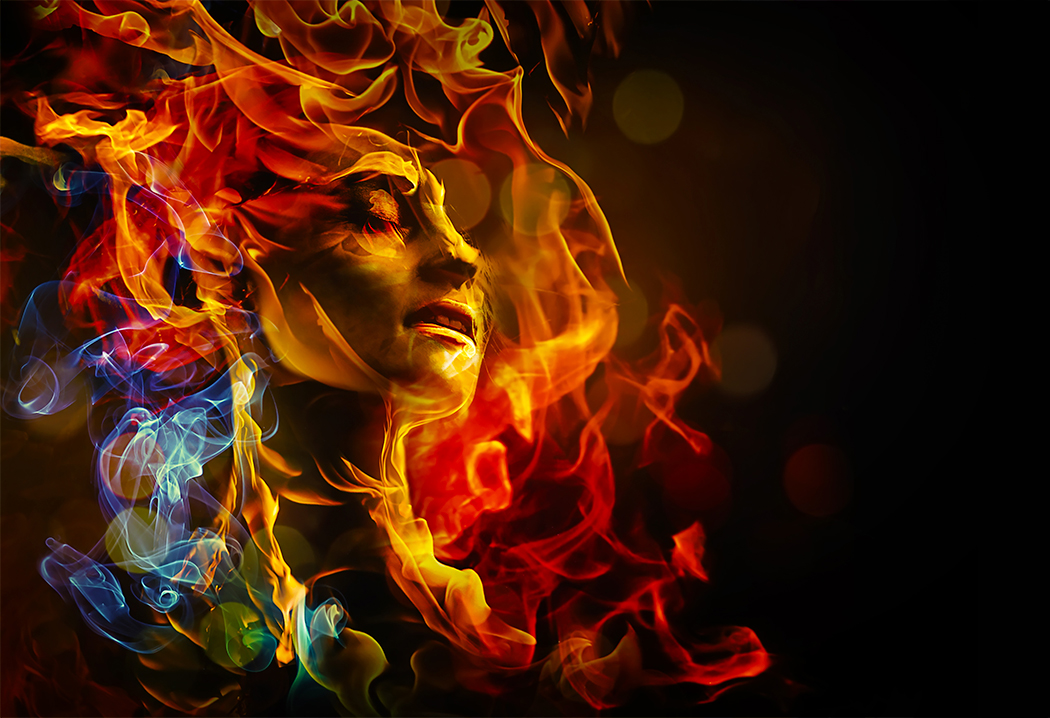 HEATING & COOLING – IN A NUTSHELL

Heating and cooling has changed since I was a lad. Growing up in South Island homes in the 80s and 90s generally involved huddling in front of a fan or bar heater, battling with family members over the oil column with its thermostat, or continually sourcing dodgy firewood for an often inefficient log burner or, whisper it, the open fire.

As for cooling, opening a window, going for a swim or having an ice block were the only options I can remember being available.

But times have changed, of course. Thanks to a combination of improved standards handed down from Local and Central Government, improving technologies and unpredictable weather extremes, heating and cooling has become one of the more interesting and even fashionable categories in the channel.

To get a picture of what’s happening in this area I spoke to several suppliers and a major retailer for a report on their business in the last year.

Starting down south, maker Escea Fireplaces’ Nigel Bamford says last year’s sales were “up significantly” on the previous 12 months which he puts this down to the ongoing rise in the number of homes being built in recent years (with nearby Central Otago one of the hot spots), as well as a wider trend in recent years towards gas fireplaces featuring both inside the house and also as part of an outdoor heating solution.

“The price of gas has been very stable for many years now and, because fireplace technology is advancing, so is the energy efficiency of gas fires,” Bamford says.

“We are also seeing both a heat pump and a gas fireplace on most new house plans because houses are now big enough to need both.”

But do enough consumers really know about the improvements in gas fire efficiency? Bamford, for one, doesn’t think so.

“Most people we talk to still assume that running a gas fire is an expensive option. That perception seems to be based on people’s experiences a decade ago when most gas fires were open fronted and very low efficiency whereas today’s glass fronted models produce significantly more heat for every dollar spent on gas and this isn’t a well understood fact.”

Moving to Canterbury now, Harris Home Fires’ Steve King reports healthy, but relatively flat sales, similar to the previous year, which he attributes to a couple of very mild winters.

Despite this, King is extremely excited about the company’s latest development, its first Ultra Low Emission Burner (ULEB) the Ferva Saturn that was released to the market late in October 2016.

For a little background, when I last spoke to Steve King in early 2016 he mentioned that Harris Home Fires was developing its own ULEB to meet Christchurch’s strict new laws around emissions.

Essentially, new home builds were initially simply prohibited from installing log burners. A subsequent public outcry led Environment Canterbury (ECAN) and local councils to allow the installation of new log burners but only if they met certain criteria around emissions.

This created increased demand in Canterbury for ULEBs to meet the new standards, with the earliest models coming in from Europe at great expense to the consumer.

Steve King explains that while many local manufacturers were quick to follow with their own ULEBs, Harris Home Fires didn’t want to rush out its own ULEB, preferring to get it right first time.

“When the first ULEBs came in people were very excited to finally put a log burner into Christchurch homes but I felt the price was a bit prohibitive,” he says.

“So we just wanted to make sure we came out with a price point people would be accepting of, as well as addressing any perceived weaknesses we saw in the products we saw on the market.”

Based on the feedback he has received on the Ferva Saturn so far, King is happy he waited to release a product which has the highest current heat output for a ULEB in New Zealand, a feature that has been well received by consumers.

Another unique selling point is the four thermoelectric modules on the back of the unit that provide self-contained power to its own convection fan, as well as the ability to charge USB devices.

“So if you have no power the Saturn makes sure you’ve at least got a charged cellphone, heat from the fire and a cooktop. All good features that are important to people here in Canterbury,” Harris says.

So gas fires and log burners are certainly changing with the times – how about heat pumps? Panasonic’s Darren Hayward reports that the past 12 months saw the highest sales in the last five years with high wall heat pumps still the biggest chunk of the market.

However, the largest area of growth by far has been in ducted systems for the entire home, he says. Why? “I think ducted systems offer that total comfort solution that customers are after. And because the cost has come down for these systems and house prices have gone up, they’re now a smaller proportion of the larger house costs.”

These more comprehensive systems however put even more emphasis on correct installation than single high wall units and in this respect Darren Hayward is pleased to report that the industry as a whole seems to have become more professional.

“For a while the air con industry seemed a bit of a golden goose and we saw a lot one man bands and sparkies that all sort of jumped into it, for good or bad.

“But I think we are probably seeing that settle down a little bit in the last little while and customers are getting a bit more educated and looking for more reputable installers and that’s almost started to self-regulate things a bit,” he says.

Another big change for the air con industry is the switch from R14 to the more efficient and ozone friendly R32 refrigerant gas. Hayward explains that this changeover has been slow so far as installers get used to the slight differences and consumers get educated on the need for the change.

And while many companies (Panasonic included) are still running ranges that use both gases, the true phasing out of the R14 gas will come with overarching changes to performance standards.

“We are still in a sort of handover period at the moment. So I think the big push will probably be driven by a change to Minimum Energy Performance Standards (MEPS). So if it gets to the point where the older products can no longer meet MEPS, that will force it to be completely phased out,” Hayward says.

THE MERCHANT POINT OF VIEW

How are the vendors dealing with all these shifts? For PlaceMakers, 2016 marked the first time the merchant produced a catalogue devoted entirely to heating and cooling. I asked PlaceMakers’ General Manager Operations & Marketing, Gary Woodhouse, what prompted the creation of the catalogue.

“Heating is a key part of the house build and we saw it as a category that the homeowner or the person building the house was starting to pay more attention to in terms of aesthetics rather than just functionality. And we’ve seen that come through in our sales particularly around the gas fires both internal and external,” he says.

Gary Woodhouse explains that PlaceMakers’ first catalogue was also seen as another way for the merchant to help trade customers in their dealings with homeowners.

“We want to be involved in as much of the house build as possible and service the trade from our customer base. The customers who are ultimately making those decisions are homeowners, so we wanted to make sure they are aware of what we have here on offer.

“And doing a catalogue just for heating and cooling has really helped us develop a relationship with the homeowner and become part of the build process – it has certainly paid some good dividends for us.”

Woodhouse explains that the catalogues also served to reflect last year’s changes to the shop floor in the latest PlaceMakers stores with newly designed areas dedicated to heating and cooling as well as kitchen and bathrooms.

“We’ve had some great responses to these new stores. A lot of our customers are tradespeople but they are sending in homeowners to check out the products in our stores. So we want to make sure that when the homeowner comes to see these expensive products they’re actually seeing them in situ and to get a good feel of what they look like in the house and not just a box with the picture.

“That is backed up by the catalogues as well which let people know what we have on offer. And, going the other way, we’re also able to put the homeowner in touch with an installer if that’s something that they wish,” Woodhouse says.

So whether it’s gas, wood or electric, the way we heat and cool our home is changing in and by all accounts for the betterment of the whole channel.

The new Escea DF Series offers a retro-fit gas fire with a difference – Escea’s Direct Vent Power Flue technology. The smaller dimensions of the fire make it perfect for retrofitting into existing cavities. Installation is also made easier thanks to Escea’s Powered Flue technology, with fan-forced airflow and 12 meters of flexible flue, which allows the flue to be installed horizontally and vertically, making even the most complex flue run possible. Available end of March 2017. 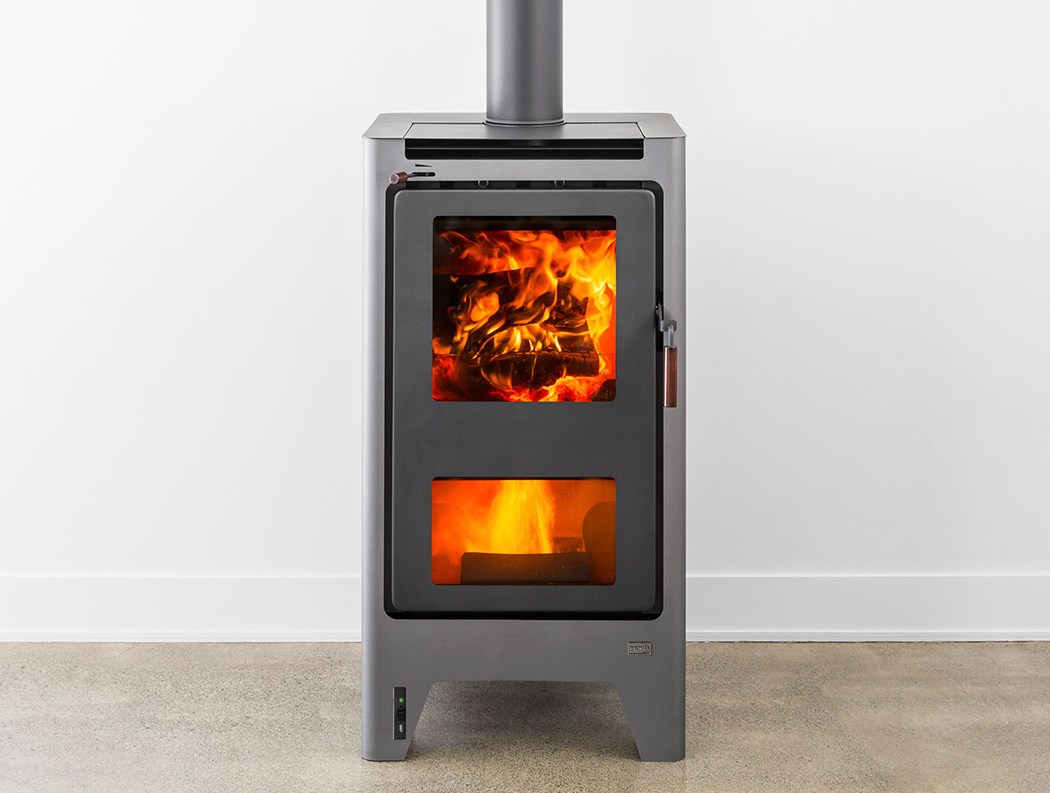 Is this NZ’s most advanced ULEB?

Harris Home Fires’ Woodsman Ferva Saturn is claimed to be New Zealand’s most advanced wood burner. An Ultra Low Emission Burner (ULEB) that meets the strictest guidelines around emissions, what makes this New Zealand made product really stand out from many other ULEB burners is its 18.9kW max output, the highest currently available in the market. And, while many competing ULEBs use a mains powered convection fan to distribute heat around a room, the Saturn uses thermoelectric technology that converts the fires heat into electricity to power the fan as well as a 5VDC @1A USB socket capable of charging most mobile devices. This makes the model a safe bet in case of power outages or those looking to go off-grid. With its stylish minimal design the Saturn uses robust 6mm carbon steel plating to last the long haul and comes with a 10-year warranty. 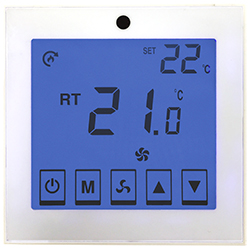 With a desire to stay ahead of the game Simx’s HeatTrans includes a unique touch screen controller with its one-, two- and three-room heat transfer kits. This new controller has been updated with the latest touch sensitivity technology and the user interface is icon based. The touch screen includes a clever Mode feature programmed to “heat transfer” (Hot) in the winter, but also capable of switching to ventilation mode (Cool) if the optional Summer Feature is installed.