NZ made - Testing country of origin

The phrase “made in New Zealand” means different things to different people in the construction industry. Some of New Zealand’s top builders shared with us their thoughts on what locally made means to them. Jess Brunette and Terry Herbert report. 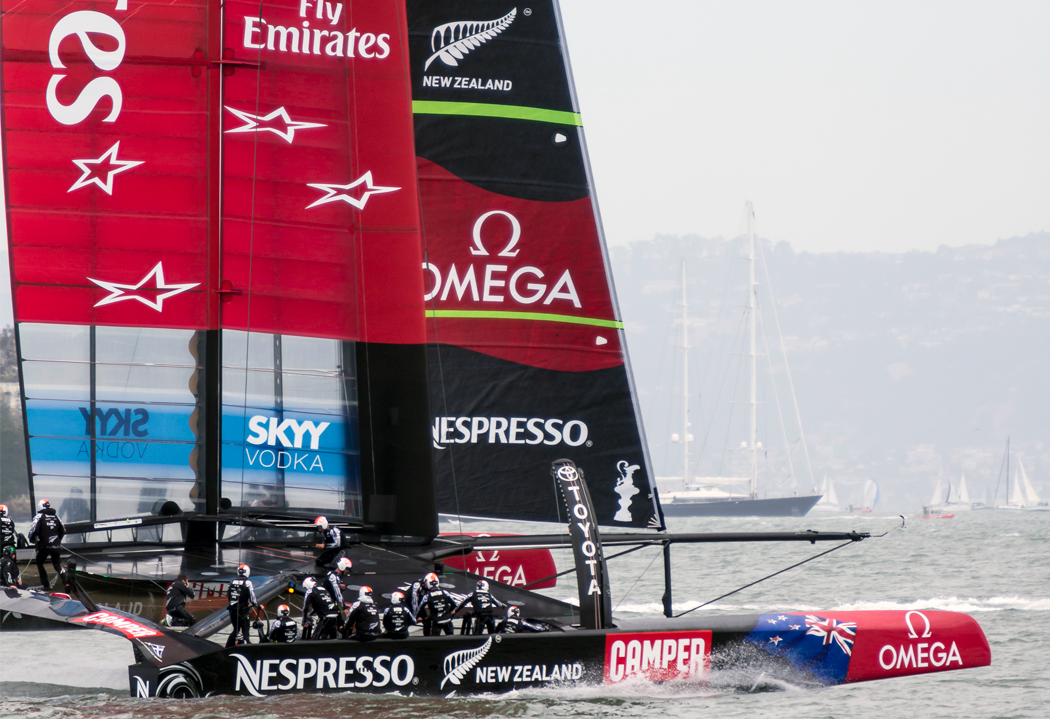 It’s fair to say that America’s Cup teams these days are as much international as national entities and that team choices will frequently revolve around expertise and performance rather than nationality.

Does this outlook extend into other high performance industries – like construction?

For a different perspective on this subject from previous years, we spoke to builders about what products that are made in New Zealand mean to them.

Looking for a reasoned response from quality operators, we asked a range of both Certified Builders and Registered Master Builders around New Zealand, many award winners, what country of origin means to them and whether it is an important factor in their decision making when choosing materials for home builds.

Needless to say, personal opinions (for this is what we’re reporting) varied, depending on who we spoke to.

What all these builders acknowledge is that buying products that are made in New Zealand probably won’t save you money. However, in the long term when you weigh up quality, after sales support, warranties and the feel good factor, it does make sense.

In a hypothetical situation, given price parity on locally made and product made elsewhere, builders would generally choose the New Zealand made option and are often willing to spend significantly more for it.

Scott Taylor of Design Builders Hawkes Bay says he tries to use as many New Zealand products as possible in his builds.

“NZ made is a focus of mine. I put ‘made in New Zealand’ over imported products whenever I can, as long as they can give me the products that will meet the Building Code and exceed it.”

Taylor’s attitude has mainly come from some very negative experiences using what turned out to be Asian-sourced products.

“I find that local products are often superior to their overseas alternatives. That’s largely because they’re made here to comply with our conditions.

"They’re not offshore products brought in here and we’re told, ‘yes they’ll work fine.’ That’s a key element for me.”

So how much more is he willing to pay for locally made products if there is a similar overseas alternative and do the budgets of his clients come first?

“This is going to sound corny, but to me it’s not really about clients. I will be able to talk to and inform my clients and make a good decision based on value.

"It’s not all about price. Yes, the feel-good factor is important to me but it’s the angle, the way you sell it to clients that matters.”

Another builder who looks at imported products with a highly critical eye is Ken Topp of Topp Builders in Ngunguru.

“I make a point of looking at offshore-sourced product quite harshly. Some is very good but there has to be a reason why something is 30% cheaper.”

Ken Topp also quantified what he understood the words “made in NZ” to mean.

“Made in New Zealand to us means locally sourced and that they are local people. For example, ITM is our supplier and obviously they are NZ-owned and multi-franchised.”

Topp also appreciates that his nearby Whangarei ITM makes efforts to source products locally, exemplified by its relationship with the Rosvall Sawmill that provides a good supply of New Zealand kiln-dried timber.

WHAT DOES “LOCAL” MEAN ANYWAY?

For some builders however, having a purely local source of materials isn’t an important consideration in what they regard as New Zealand made products.

Lain Hellmrich of High Country Carpentry in South Canterbury, for example, accepts that while many companies are manufacturing here in New Zealand, they may also import some raw materials from overseas.

It’s not all about price. Yes, the feel-good factor is important to me but it’s the angle, the way you sell it to clients that matters

“I think for a New Zealand-owned company to import some raw materials is to be expected and that doesn’t bother me in the slightest,” he says.

What does bother him? Not price, as he goes on to explain: “We go first and foremost for quality, then reputation, design and functionality. So price doesn’t really come into it.”

Seeing as Lain Hellmrich feels that New Zealand made products have a reputation for innovation, good quality and fitness for purpose for local conditions, they fit well with these priorities.

However, having a local point of contact trumps all these factors in Lain’s decision making: “The big thing for me is that if and when something goes wrong it’s backed by a local company where if you buy something from overseas you’ve really got no leg to stand on if something goes wrong.”

These thoughts are echoed by Todd Grey of Todd Grey Builder in Tauranga: “I support ‘made in New Zealand’ as much as I can because local suppliers can be held more accountable and as a builder we’ve got to stand behind our products for so long.”

How about the warranties offered by overseas products? Arguably that provides a builder some peace of mind?

“Historically, warranties haven’t always stood up. If a company goes under or you can’t trace the offshore supplier, then that warranty is useless. And that’s why stuff that’s made in New Zealand just has that much more accountability.”

For a range of reasons many of the builders we spoke to, while potentially supporting the idea of products that are made in New Zealand, don’t go out of their way to purchase them.

While some feel they would choose locally made products over those sourced elsewhere if they were the same price and quality they also admit to giving it little thought, preferring to look at price and performance before country of origin.

“If it happens to be NZ made then it’s like ‘oh good’. But, to be honest, it’s probably not something that we go down the lines of directly looking for,” admits Matt Stevenson of Form Builders in Christchurch.

New Zealand made “doesn’t play a huge role for us,” she says. “There are some situations where we could suggest an alternative but really an architect specifies the product, the Council approves it and we put it in.”

On the other hand, George Guthrie, of Blenheim’s George Guthrie Construction, admits that choosing New Zealand made products has simply never crossed his mind.

If we could get price parity and all products met the standards, then absolutely I’d support [locally made] 100% but I just can’t see it as a feasible option, long term

“You’ve got me thinking about it now but, to be fair, I haven’t ever given it much thought. Though I might think about it more for personal shopping decisions than work.”

A potentially contributing factor to Guthrie’s indifference has been that, so far, he hasn’t had any issues with the performance of the products he has chosen, locally made or otherwise.

“Warranties and the like haven’t been an issue so far – touch wood – but it could certainly be a contributing factor in a decision.”

And, while George Guthrie feels that paying up to an extra 12.5% is acceptable for a New Zealand product in an “apples for apples” situation, he would take this on a case-by-case basis, with some big ticket items requiring more careful consideration.

A more reserved perspective is taken by Gareth Collins, of Taranaki’s Gareth Collins Building, who comments that with some New Zealand products becoming “friggin’ expensive” if he were comparing similar products, the New Zealand made option would probably lose out after about 5-10%.

Still, what about the after service argument? “Well a lot of the time they still try to get out of it, no matter who they are,” Collins says, with a qualification: “Though admittedly with some plumbing products we’ve found we have the support and after sales support with their NZ made tapware.”

INTO THE SCEPTICS’ CAMP

There are some builders out there however who aren’t convinced that buying products based on where they’re made is worthwhile.

Scott Feasey of Scotty’s Construction in Ngauranga for one is very sceptical about “Made in New Zealand” claims.

“There’s not much product that comes through that’s NZ made and the raw material is imported anyway so really what does ‘made in NZ’ even mean these days?”

He also points out that, with the percentage of Kiwi shareholders in any particular company not always obvious, just trying to determine what truly constitutes a New Zealand company creates plenty of grey areas.

Matt Symonds of Building Logic in the Hawkes Bay just laughs at the idea of choosing New Zealand made products that are more expensive than their European counterparts for what he feels is the same level of quality.

For example, he points out that while glass is cut here none of it is manufactured on New Zealand soil and that even our abundant supply of timber doesn’t meet the needs of the industry, with one the most in demand cladding materials – cedar – entirely imported.

“It’s just not possible to build a house solely on products made in NZ. If we could get price parity and all products met the standards, then absolutely I’d support that 100% but I just can’t see it as a feasible option, long term.”

Wrapping up, the diverse ways that builders look at where the products they’re using are made means that, without sidestepping the issue of country of origin, fit for purpose – i.e. performance – is their real bottom line.