RETAIL EXPERIENCE MEETS NO FRILLS AS THE UK MARKET HOTS UP 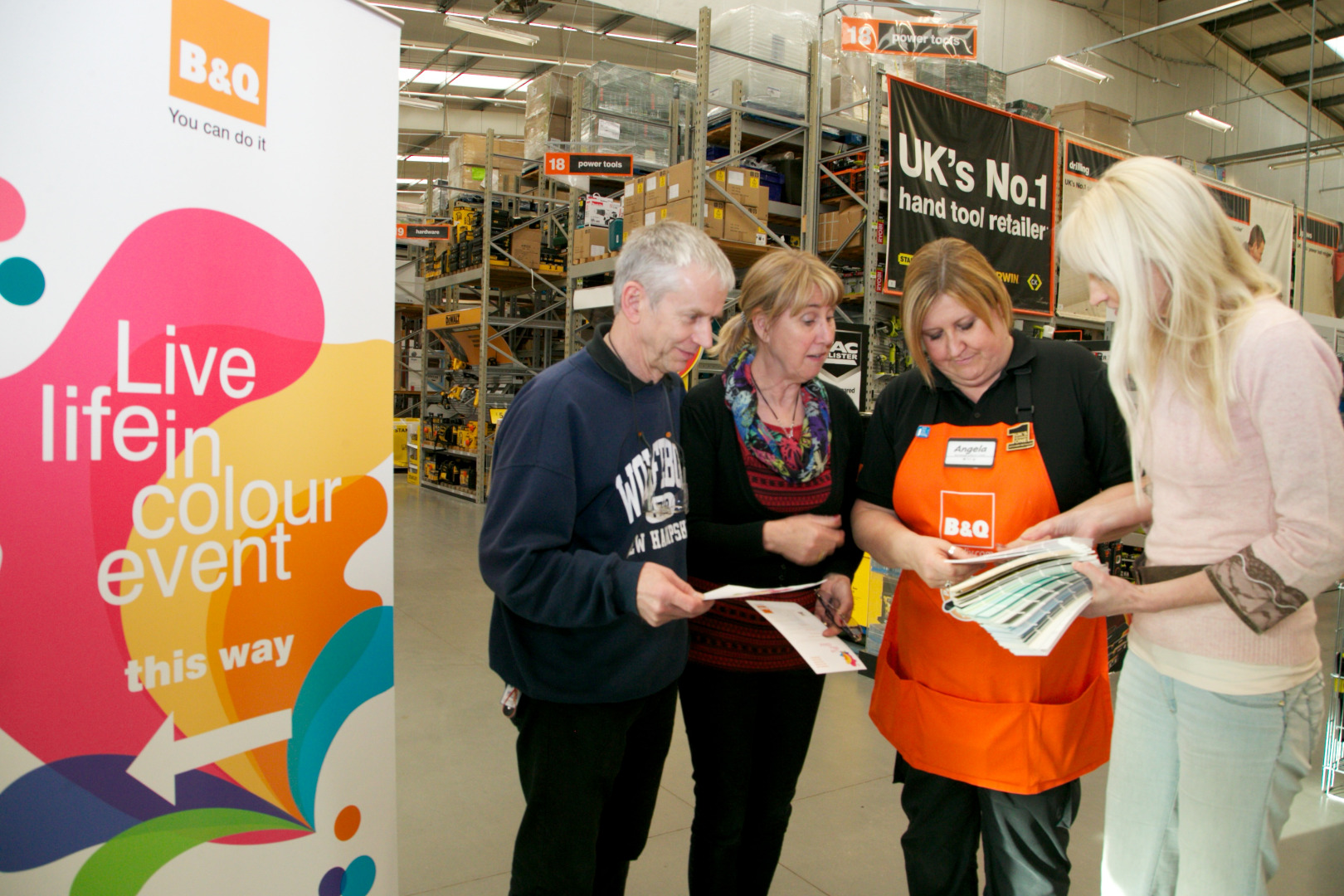 B&Q jumps the other way as Bunnings brings “no frills DIY” to the UK.

As you will already have seen in the magazine and elsewhere, Bunnings has made its debut in the UK.

Beyond the surface controversy and social media chatter about the BBQs and the apparently inappropriate use of local UK staff in the usual Australasian model advertising, what can we tell you about the store and where it sits in the market?

The marketplace it is playing in, according to new data from AMA Research, over the next two years will see modest value growth of 2-3% per annum, “reflecting expected price increases in a number of product sectors and improving confidence in the medium term”. 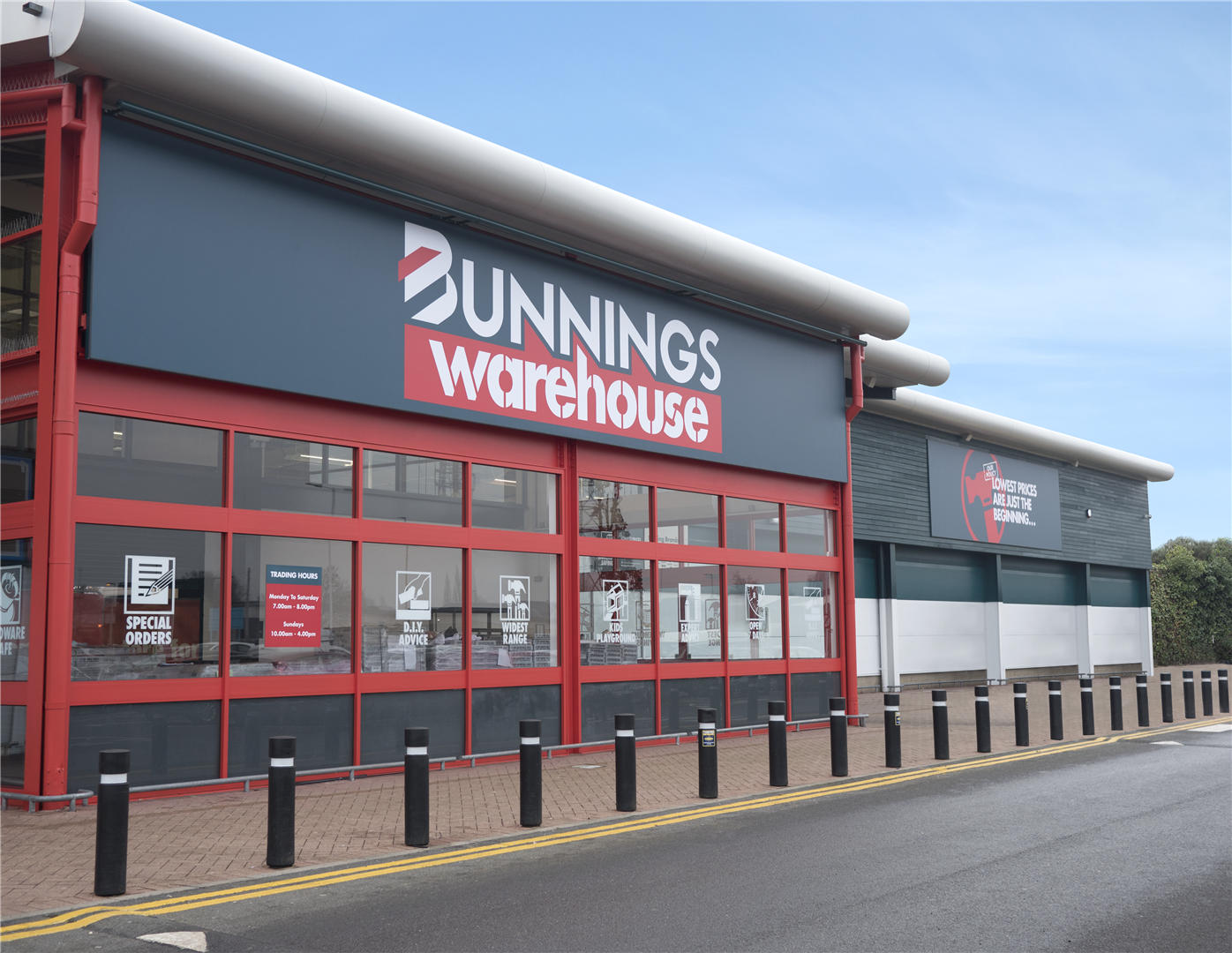 The store itself is in St Albans, a reasonably affluent and competition-poor area to the north west of London and, according to The Guardian, Bunnings UK & Ireland’s MD, Peter Davis, says: “We’re going back to the core of home improvement and garden. We don’t want to sell the soft side. There are plenty of other retailers, like Dunelm, Ikea and Next, doing a good job of that.”

Although commenting that the new St Albans Bunnings Warehouse reminded them of The Home Depot in the US and to a B&Q Warehouse 20 years ago, another UK channel analyst, MDJ2, has some interesting initial conclusions including that on the basis of Bunnings’ initial UK showing the brand represents “a bigger threat to B&Q (and Wickes) than Homebase was”.

But the UK is a tight, competitive marketplace and, says MDJ2, “Just as Masters found it hard to break into Australia, getting customers to switch from their existing retailer to Bunnings will not be that easy or quick.”

Plus, with what it reads as a lower price base, having reduced big tickets categories, like kitchens and bathrooms, MDJ2 estimates that Bunnings sales will have to 50% more than Homebase currently brings in to generate sufficient returns. 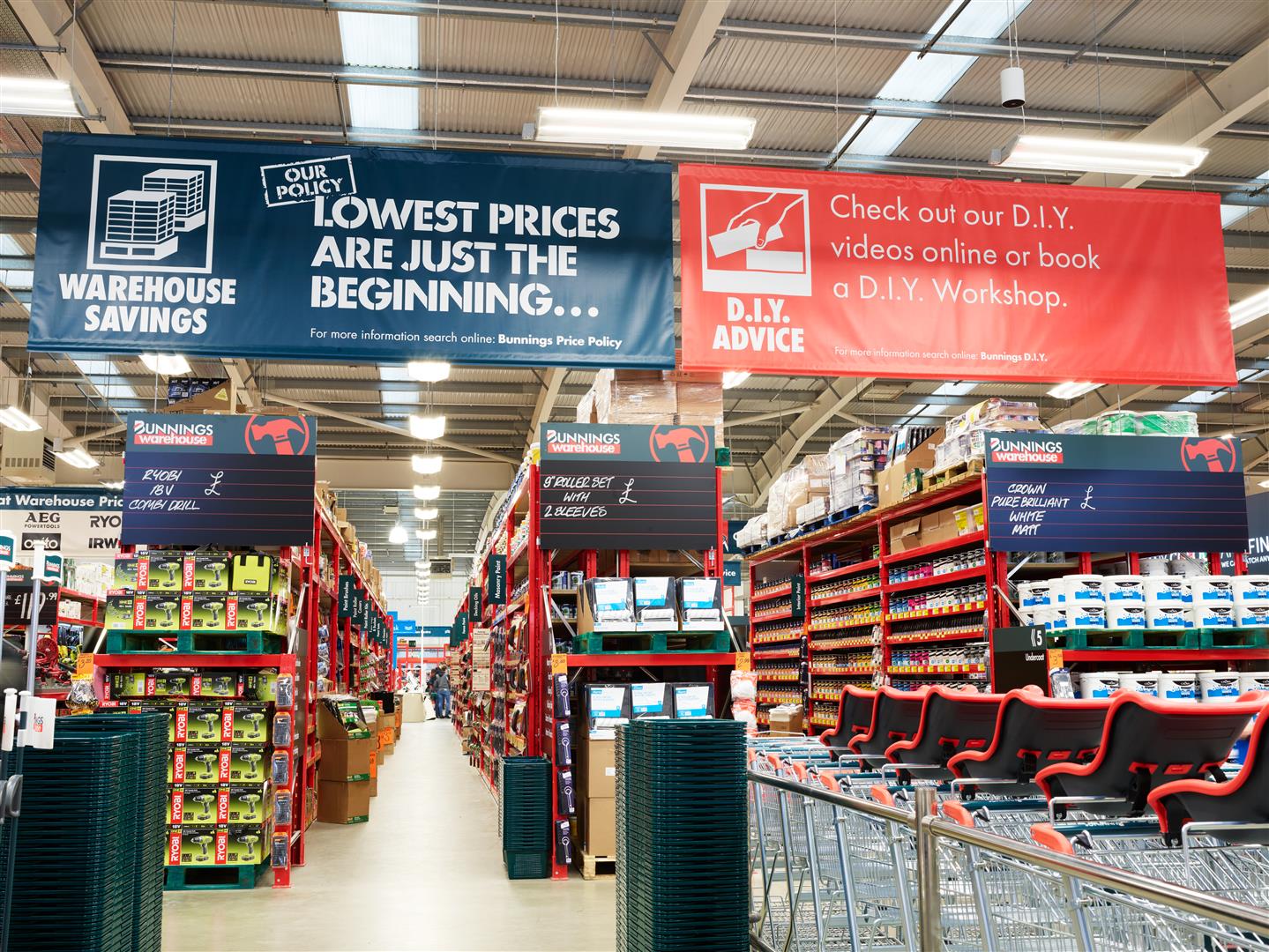 Still, adds MDJ2: “Walking the store it is clear to see that Bunnings have total conviction in the approach that has served them so well in their home market. The store delivers strong first impressions on price, range and stock depth – in retail terms it is bursting at the seams.”

MDJ2’s analysts also note positives in the store’s increased staff numbers (68 staff in total) as well as the significant investment in staff training (50+ hours per person).

Having said this, they are also wary of assuming that this staff-heavy approach will be able to be carried out across the whole network.

“Providing great and consistent service across the whole store estate has always been a challenge for UK DIY retailers and it will be interesting to observe if the strong Bunnings service culture can overcome this as more stores are converted.”

Another caveat is the brand’s current lack of online transactional ability: “It is interesting to note that there is no multi-channel offer or facilities for Click & Collect in contrast to the recent revamps in B&Q and Wickes which have a collection desk at the front of the store,” says MDJ2.

Still, one store does not a network make (or break) and Bunnings has also just released details of the three other pilot stores. A second is earmarked for St Albans in April while the other two will come to Hemel Hempstead and Milton Keynes. 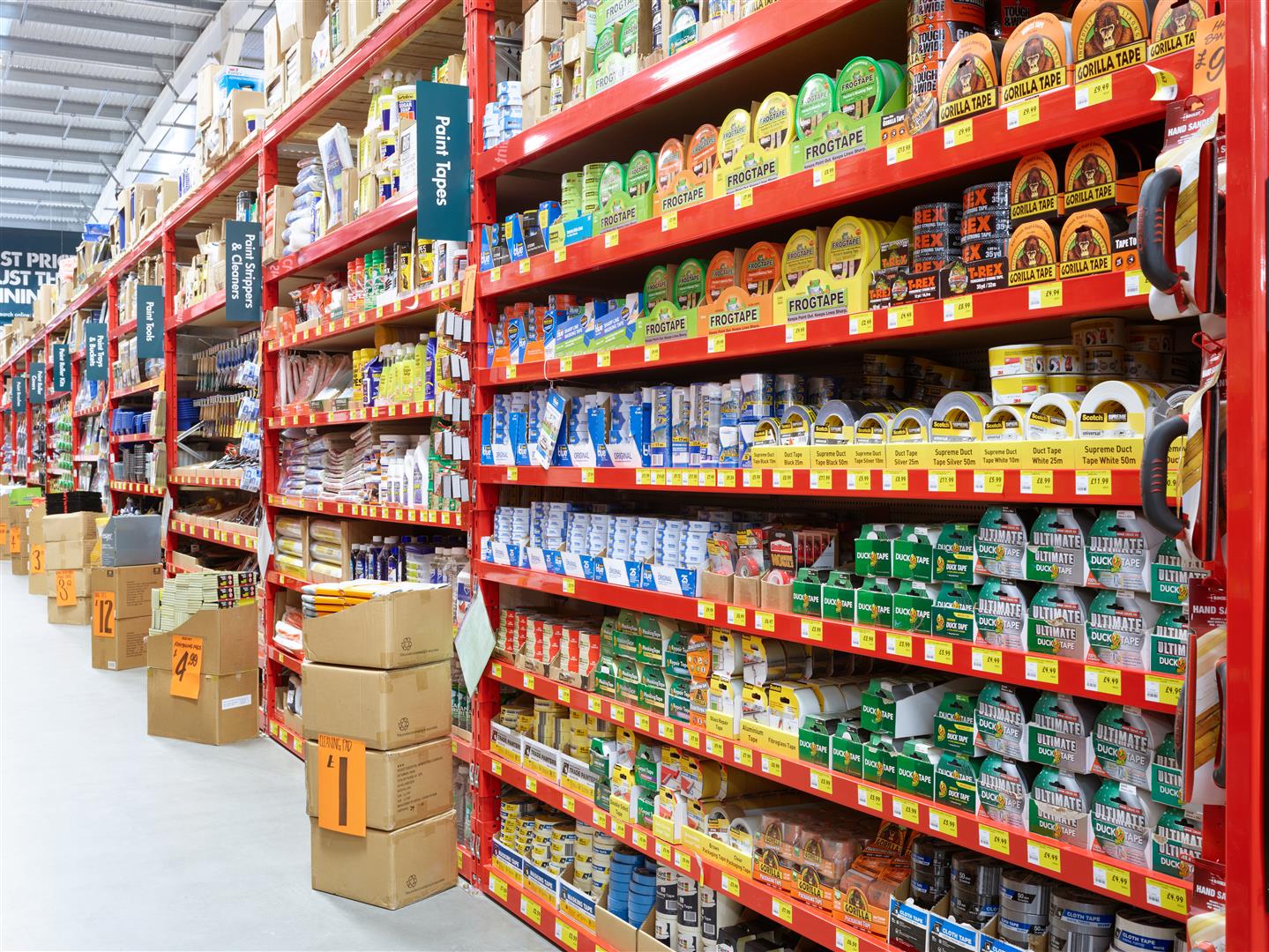 Bigger not the only solution at B&Q

With Bunnings making its clearly stated, no-frills entry into the UK DIY scene, rival Kingfisher, with B&Q within its European stable, is trending quite the other way.

Take as example the first of the new style “Big Box Best Practice Stores”, as revealed on our website last month.

B&Q’s example is now highly experiential, rich with imagery and inspiration, in contrast to Bunnings’ new “stack them high and stack them deep” style, “chintz free” outlook (see ???) that flags its departure from the existing Homebase model. 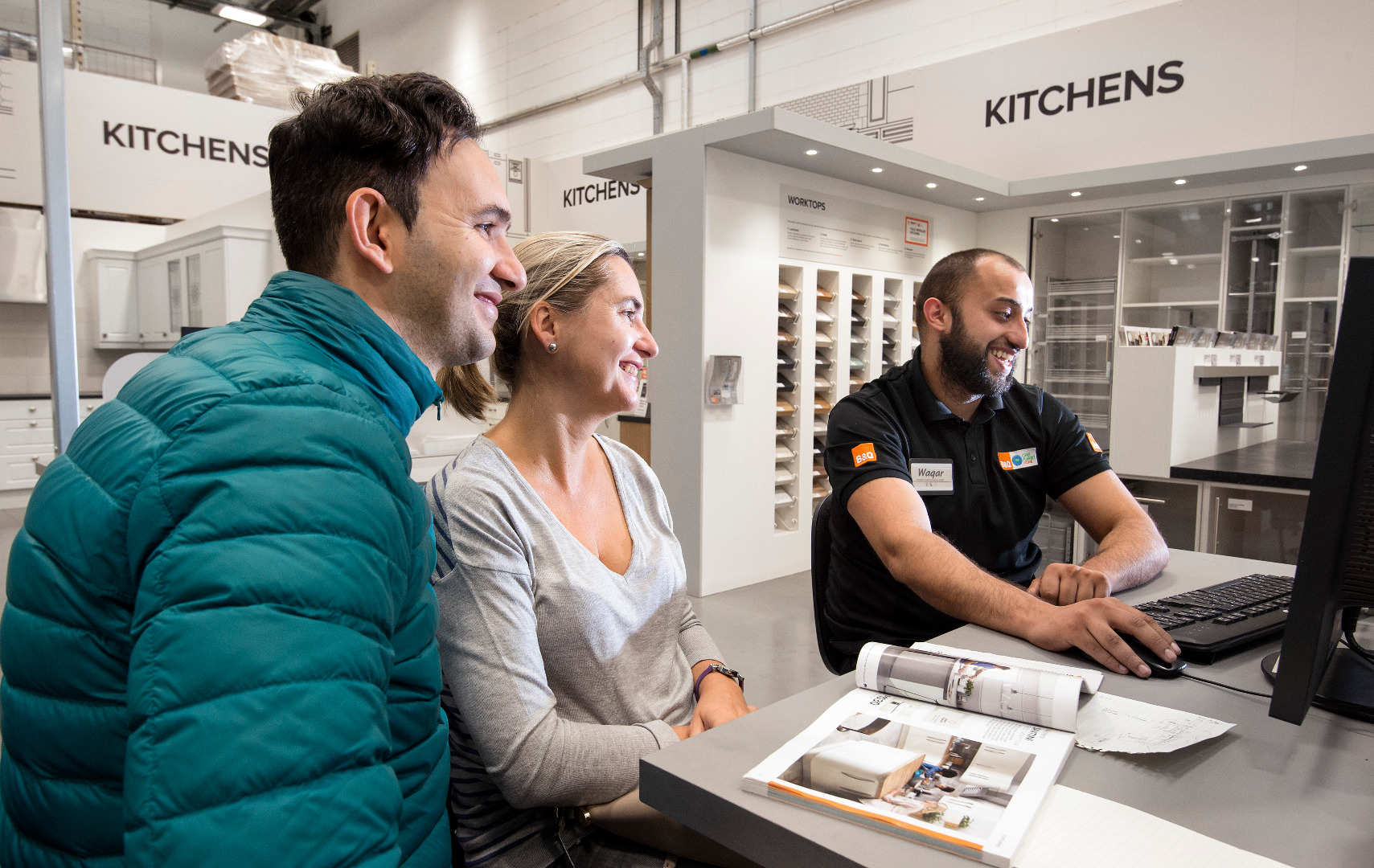 New wave big boxes are one way of addressing the changing market but, Like IKEA and Topps Tiles, B&Q is also looking to test out a small-format 3,000ft2 (roughly 280m2) store this month when it opens on Holloway Road, in North London.

If you don’t know the area, Holloway Road is surrounded by now well to do areas like Stoke Newington, Camden Town and Islington, to name a few landmark inner city districts.

With an offer B&Q has said will be “focused on home décor, repair and maintenance, with a suite of supporting services”, ironically, with B&Q’s big box trial stores being all about experience, the new small format North London store is being tipped as a relatively “stripped back” offering featuring tools and hardware, but opting out of a full service offering.

However although the offer will not include building materials, woodcutting or any of the other services found in many bigger B&Q outlets, small store customers will reportedly be offered access to B&Q’s full run of 35,000+ products via click & collect and with a home delivery option.

The ongoing reinvention of B&Q and the closure of some 60 stores in its network is in stark contrast with the high performance of the current jewel in Kingfisher’s crown – Screwfix –which has indeed just opened its 500th store, some 12 years since its first, which means that 90% of the UK population is within a 20 minute drive of a Screwfix outlet.