With wiring and plumbing already built in, the panels are transferred to site and constructed into a weathertight core on a concrete base by specially trained builders.

“Our Clever Core facility will produce core components for at least 500 new homes each year, including 100 by the end of this calendar year.

"It uses ‘Design for Manufacture and Assembly’ principles to streamline the design, consenting and manufacturing process.

"This not only significantly speeds up build times, but also enables greater quality control and significantly reduces building waste, by as much as 80% per home built.”

The current capacity of the high-tech plant is around two houses a day with Fletcher Living taking the first hundred houses by end this year for its developments at Ormiston, Swanson and Beachlands.

And running at or as close as possible to capacity is how factories like this make sense, financially.

In this respect, Ross Taylor adds: “Clever Core will initially support our Fletcher Living developments, but we plan to extend the offering to group home builders and retirement home operators in the future."

To that end, several potential customers of no little scale joined the attendees at the launch.

Click here to see an infographic of Clever Core's key advantages and some of the main benefits of offsite manufacturing.

The following photos describe the layout of the plant which by New Zealand standards is impressive.

BELOW: Clever Core roof cassettes currently use normal stick timber rather than the LVL used to construct panels and floor cassettes. It's a manual process for now but could mirror the automated framing line in time. 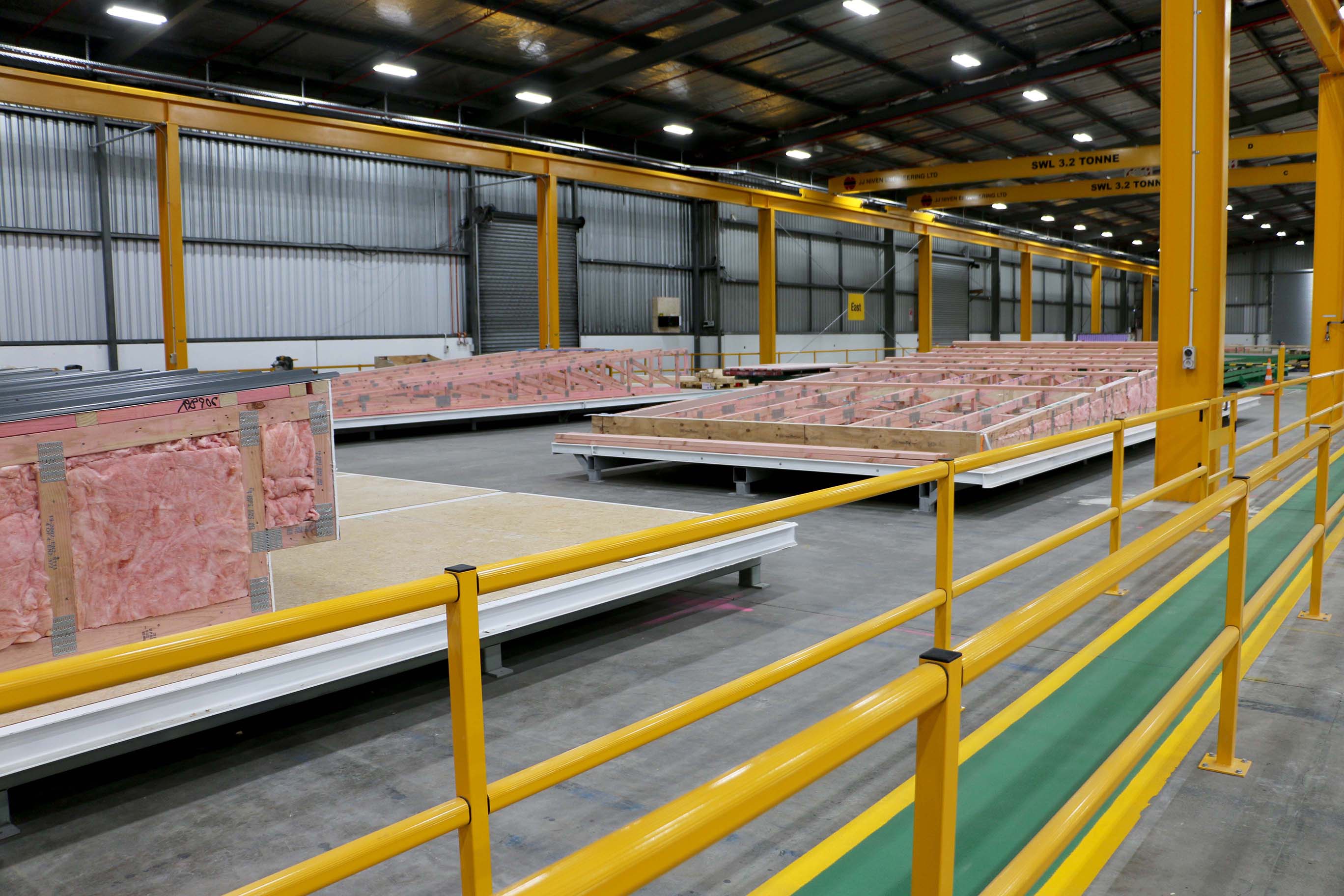 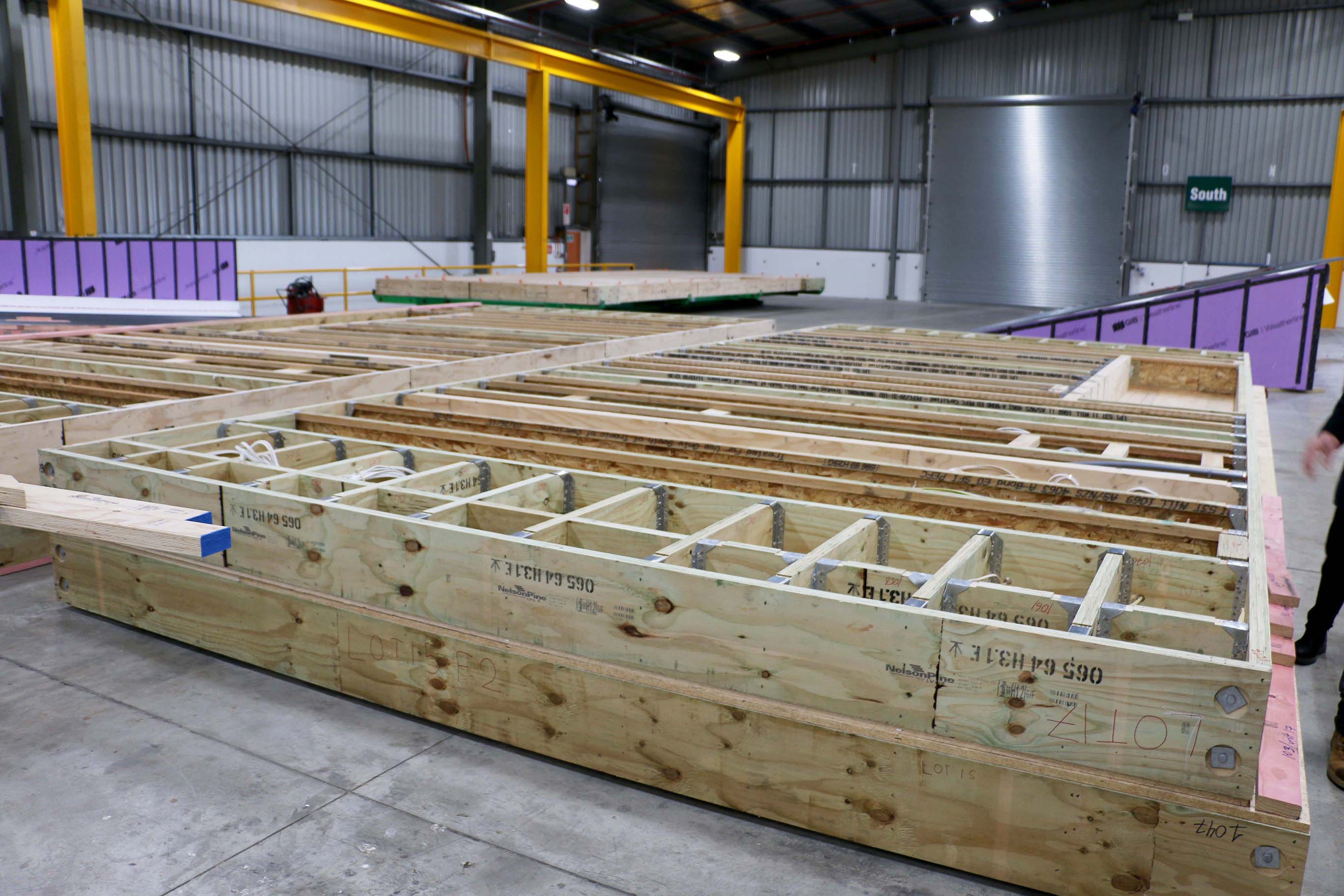 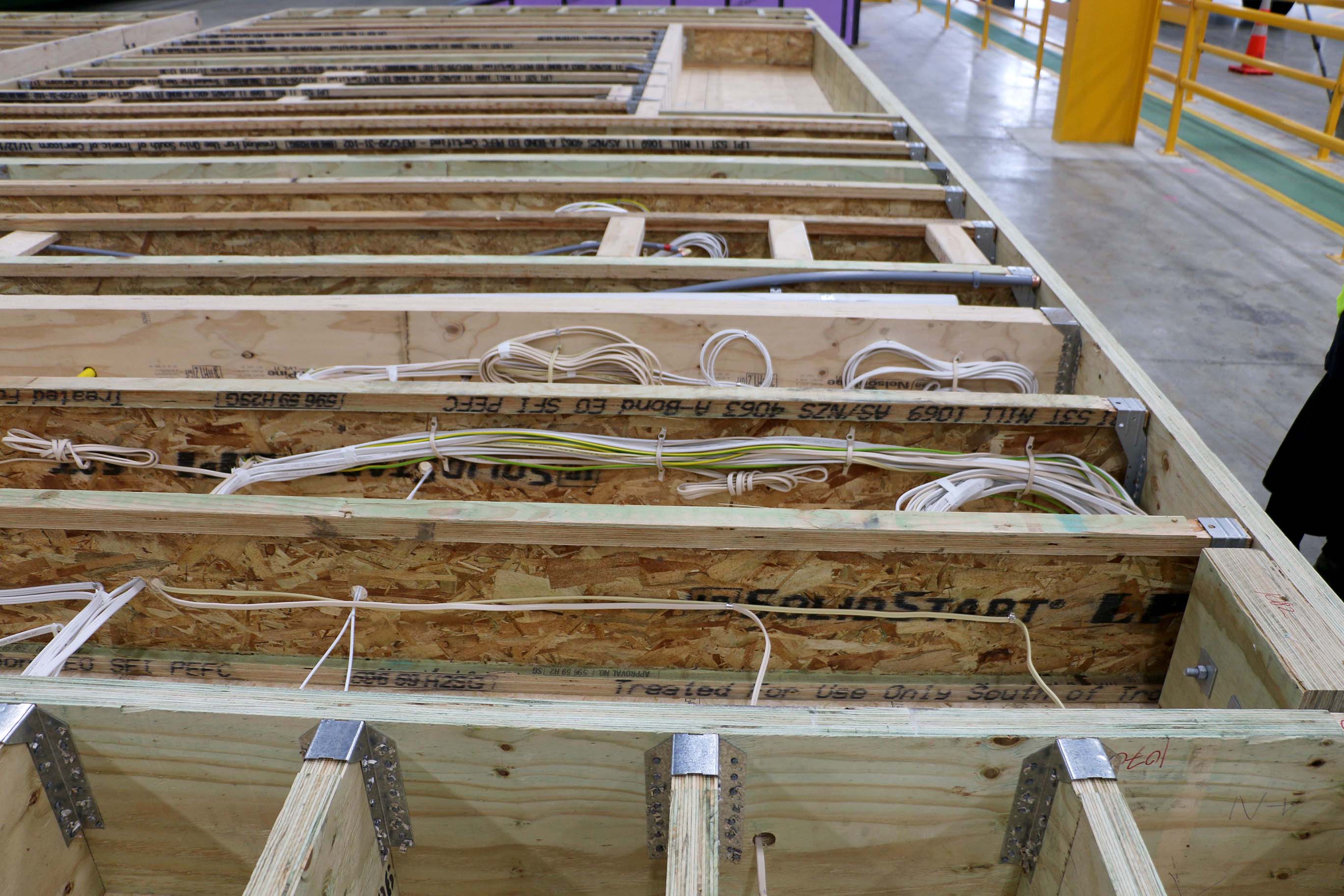 BELOW: The Weinmann Beamteq saw is a thing of wonder. 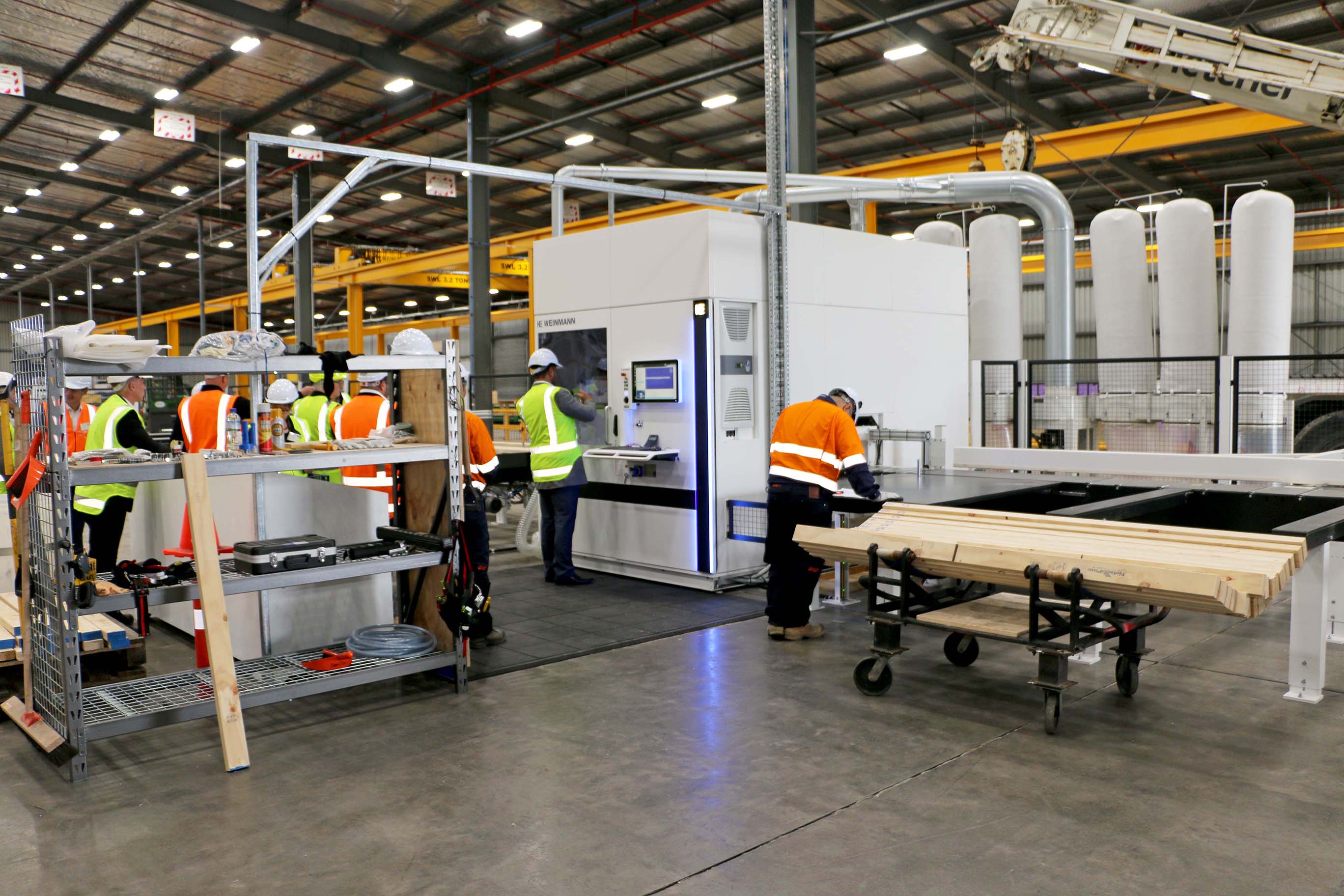 BELOW: The framing line with automatic nailing is also from Weinmann via local agent, W&R Jack. 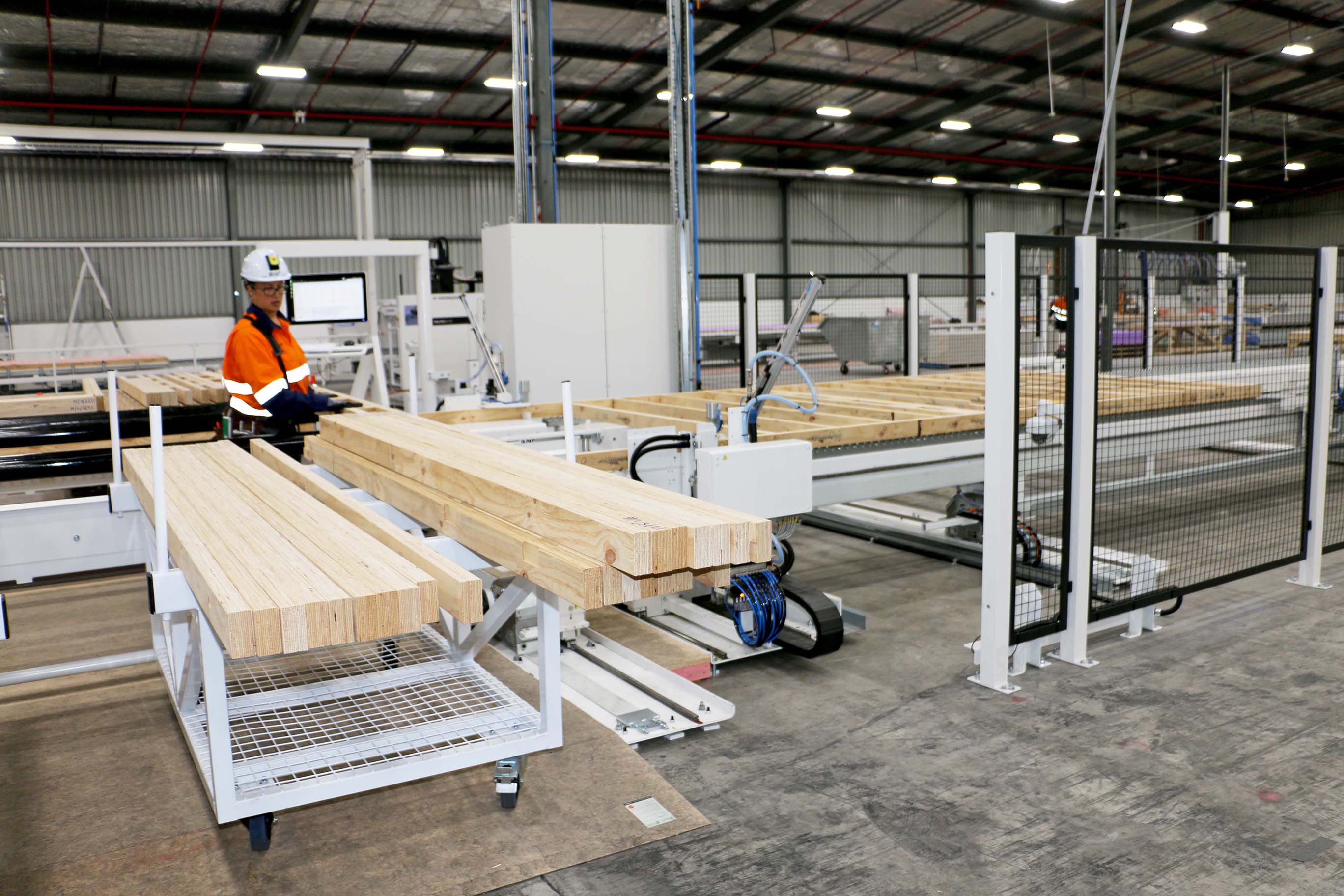 BELOW: The same line staples wallboard on to the frames. 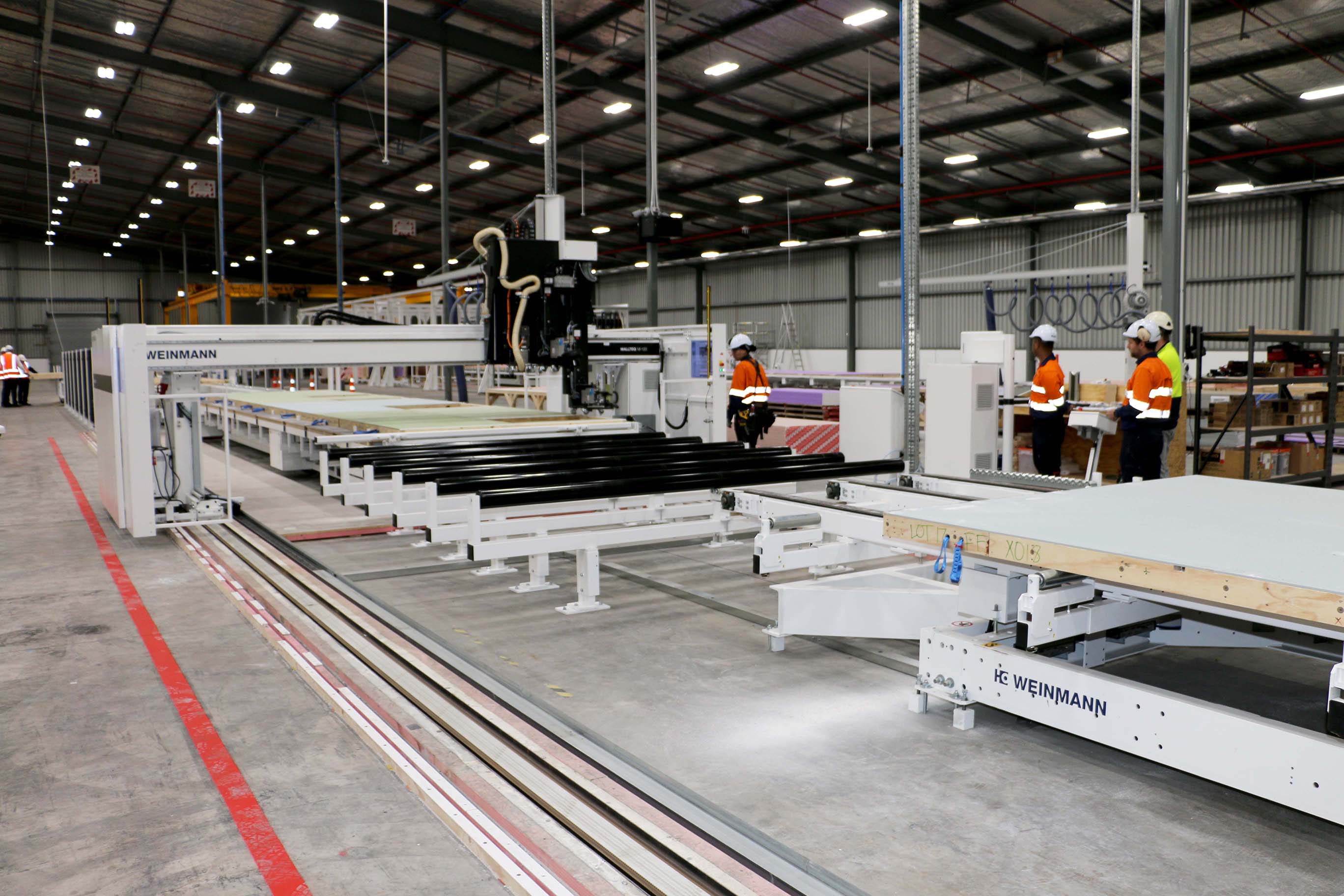 BELOW: These photos skip the "butterfly" table stage, but here are frames at various stages at the end of the line with insulation / wiring / plumbing / windows installed. 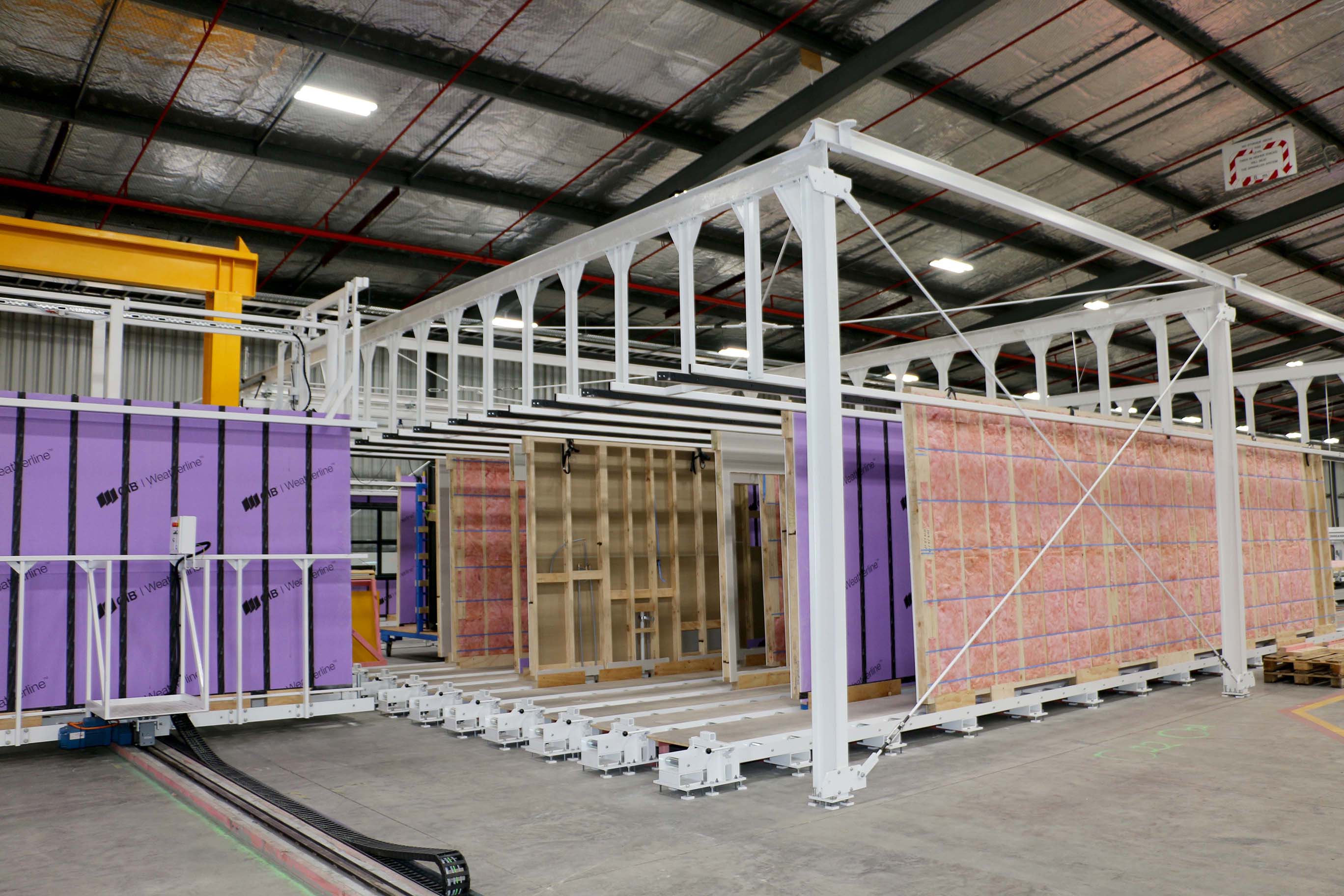 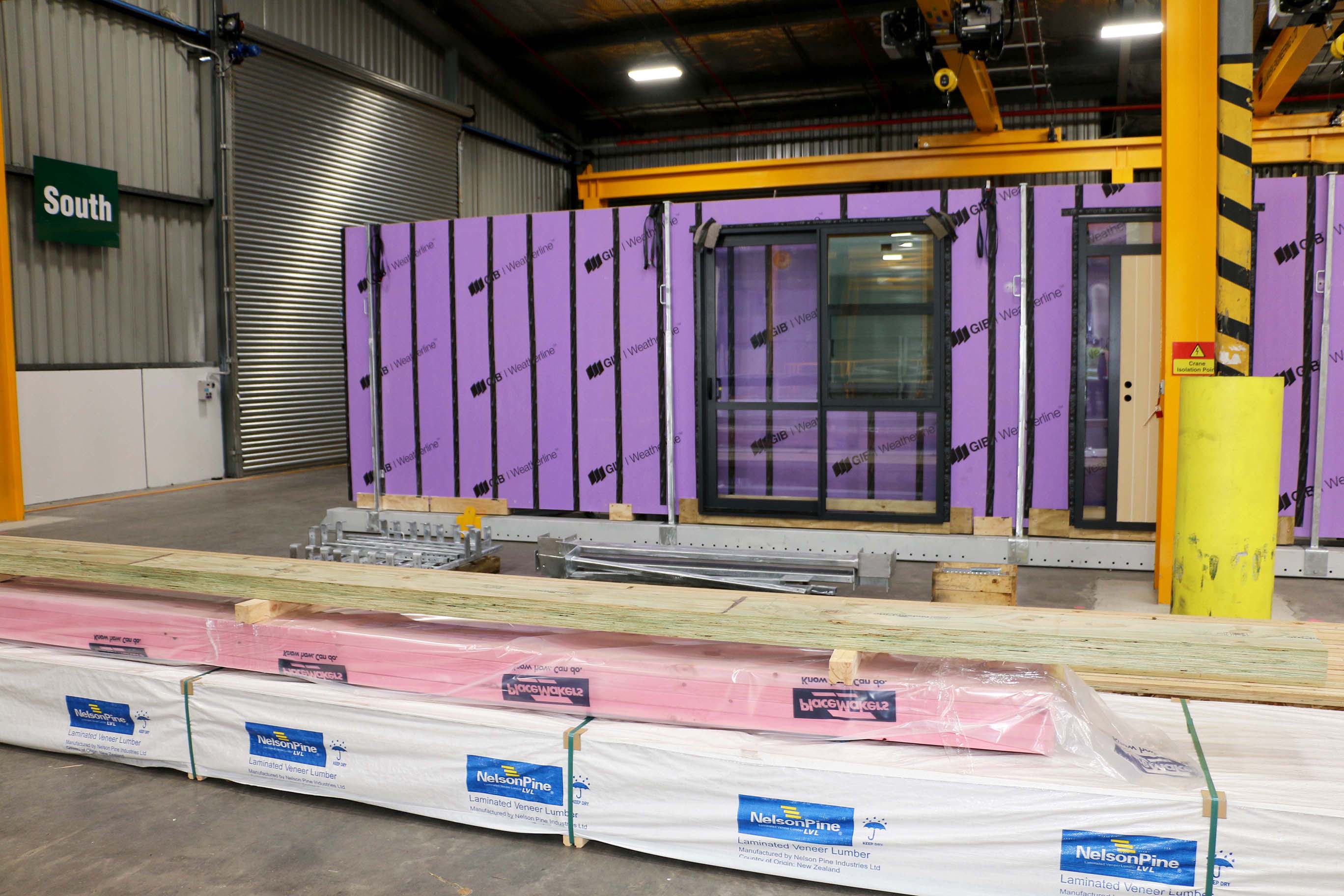