The current stay-at-home restrictions fell at exactly the right time in some respects – in fact just as homeowners would be preparing to fettle their spouting & guttering... 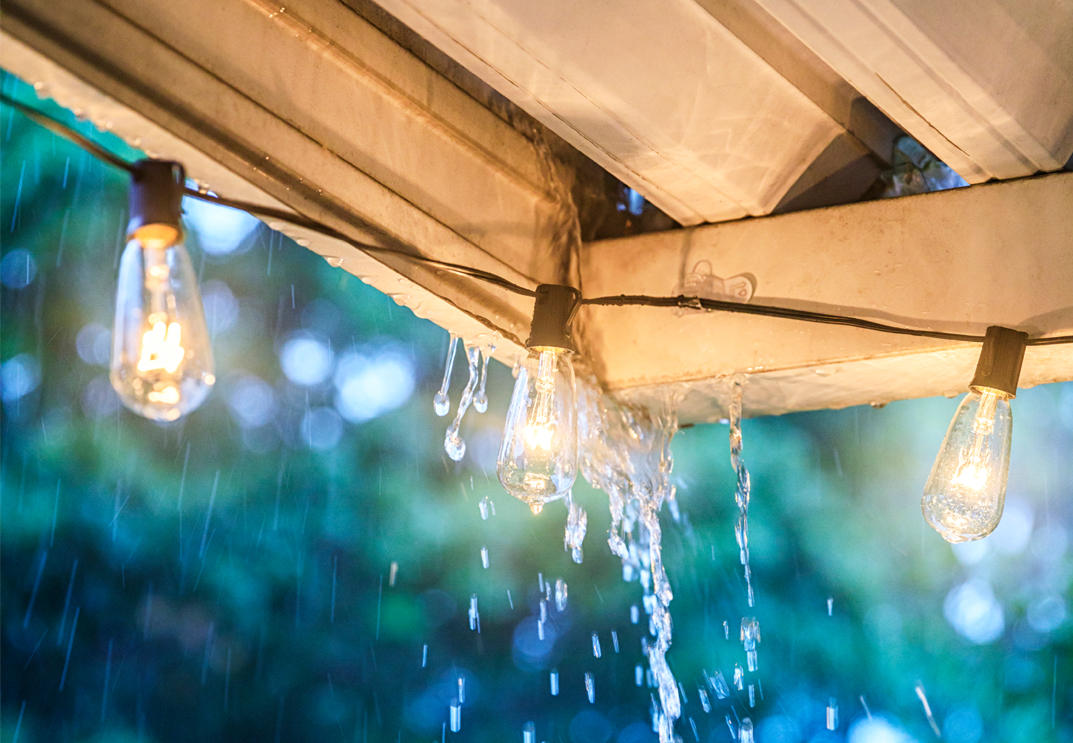 Managing water isn’t the easiest task. And getting it wrong can seriously harm a building and sooner, rather than later.

GutterCare is one of the biggest operators in the Auckland area when it comes to the installation and maintenance of domestic and commercial rainwater systems.

Englishman Ed Aitken is the boss and, like most of the rest of New Zealand, as I write he’s stuck at home, so I was able to talk with him at length.

Normally, March is the start of the company’s busiest period of the year which then runs hot all the way through to December.

In this respect, I could sense Ed’s frustration at not being able to go about his normal business but he was happy to share some insights which might help DIY retailers inform and advise DIYers and even some of the trade.

According to GutterCare’s accumulated wisdom:

Three quarters of GutterCare’s business is regular gutter maintenance, regular and maintenance being the key words here, the combination of which being one of, if not the fundamental reason why some rainwater systems last longer than others.

But it’s not all about cleaning and flushing; sometimes a system just won’t drain.

“You’ve got to look at exactly why things won’t drain. Because it doesn’t matter how well you maintain it, if it’s not draining the system gets overloaded and it will eventually just break. It will fail.” 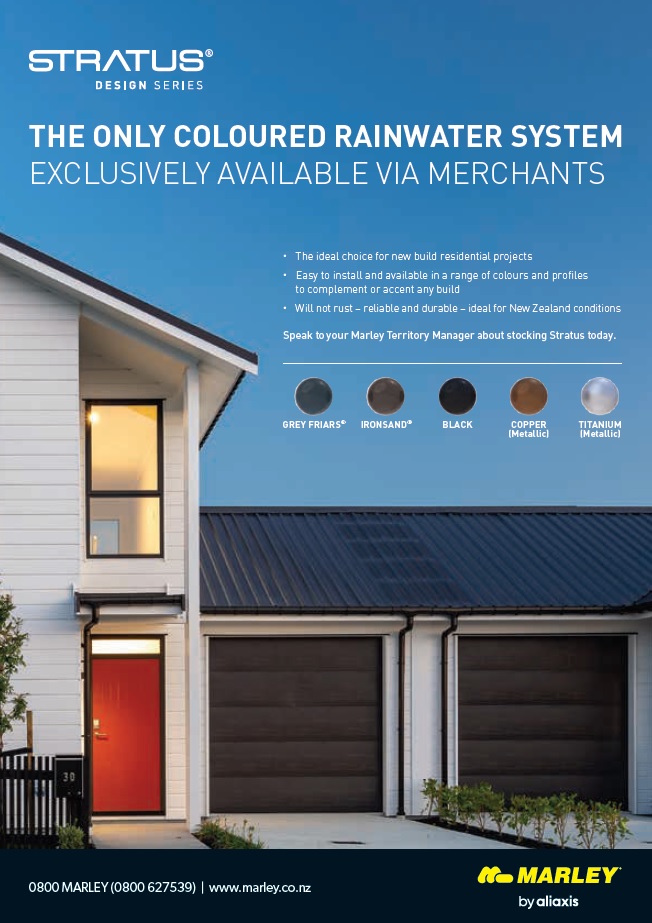 Clearly armed with experience gained remedying DIYers’ efforts at replacing complete rainwater systems, Ed Aitken warns against a simple copy-and-replace approach: “What people tend to do, especially DIYers, is look at it, think ‘my gutters are broken’, and then just buy a load of gutter to replace what’s there.”

Trouble is, says Ed: “Unless they’re particularly switched on, they won’t get the fall right. And of course, they won’t understand why [their new system] doesn’t work.”

The most extreme (and expensive) solution may be to reconstruct the roof line or install an alternative outlet around the house somewhere to find a different way of getting the low point of the gutter.

I ask the thorny question about the effectiveness of products like gutter screens and gutter inserts.

“As long as they are well installed and maintained they’re all effective,” says Ed Aitken, carefully, adding a general caveat around cost-effectiveness in applications where they may not be needed.

From a professional’s point of view and in respect of his workers’ health & safety, Ed adds that gutter screens can be problematic to remove and replace during maintenance, but this depends on how they’re attached to the building.

GutterCare may be one of the biggest installers of Marley rainwater products but Ed Aitken is pretty agnostic about which material is to be used.

“We don’t care what the material is, it’s about the quality of the installation and the ongoing maintenance, which is really the key to all of this stuff.

“But yeah, but we quite like the plastic option simply because it’s modular and you can chop a piece out and replace it.”

No surprise then that GutterCare prides itself on preserving the existing gutter if at all possible, to the point where Ed and his team’s expertise might be able to derive another five years’ life out of a gutter system “as opposed to ripping it all off and putting some brand spanking new stuff on there.”

But, if you do start from scratch, warns Ed Aitken, maintain it! Otherwise, in five years’ time, your new spouting & guttering system will be in the same state as the one you just replaced...

Just as the country went into lockdown, I managed to get some time with Marley’s Product Manager, Nigel Montgomery, to find out what’s new in his universe.

Like many other suppliers, having filled the supply chain to the brim in the days and hours leading up to the advice to stay at home, Nigel wasn’t looking forward to the obvious hiatus that would follow.

Still, he says: “I think the way things have escalated lately, nobody wants to be the next Italy. And certainly for Marley and in the wider Aliaxis group the priority is the health and safety of staff.”

Rewinding a little, Marley had “a good start to the year” across all of its building, plumbing, electrical and civil markets.

And for rainwater products, in particular, Nigel talks of “good gains” in new builds (“builders are returning to PVC” he says), also highlighting significant growth in demand for the coloured Stratus Design Series and the black colourway in particular over the five years since launch.

Quizzed about this “return to PVC”, Nigel Montgomery explains it’s all about averting risk: “Marley has been around a while, it’s well supported, durable, quality product and the trade has been just way too busy to deal with any call-backs for faulty products.”

Speaking of which, a few years ago now we talked about knock-off products – has that gone away?

“Well, it’s still there,” he admits. “A lot of installers have been stung by inferior quality products. We’ve had a couple of cases also where we’ve been contacted about burst pipes and so forth saying you’re fitting’s failed and, upon investigation, it’s Marley pipe, but in our opinion, they’d put an inferior fitting on it.

“So our message is that if you stick with our tried & trusted, proven products then there’s a lot less risk of product or job failure down the track.”

The ongoing shift towards denser housing types and more intensified urban landscapes has also touched on many aspects of the hardware channel, Marley’s business included.

Indeed, leaf diverters like Marley’s Curve product, for example, have changed from being just a known concept from a rural perspective into a solution for urban applications, in Auckland particularly.

“With urban intensification and the growth of underground stormwater detention tanks, councils in particular are looking for those to be kept clear of sediment,” explains Nigel Montgomery.

“The Curve leaf diverter can keep leaves out of the system, which is important because, if they get in, they break down to form sediment that adversely impacts the system.”

Another shift in Marley’s business thanks to densification and particularly around its coloured products is that these days it’s selling as much downpipe as spouting.

Nigel explains: “On a given house one might expect the ratio to be four to one in terms of lineal metres, four being spouting. But our lineal metre sales of downpipe now equal spouting.”

Driving this stepchange is a shift in building types in the larger markets, towards smaller footprints but taller forms which obviously require smaller runs of spouting and longer runs of downpipe.

The key is to stay ahead of the curve: “It was a good start to the year and everything was going to plan,” reflects Nigel Montgomery.

“But now we just need to make sure that we carry on our internal product development. So, when this period is over, we’re ready to hit the ground running again.”

We too look forward to this time.

The long and the short of it…

Like most successful brands, Marley’s attention is all-but-permanently trained on what its customers want.

This is certainly the case with the origin of one of its latest products and, although it’s not directly spouting & guttering related, it is certainly to do with water management.

Marley’s Nigel Montgomery explains; “We went and spoke to groups of plumbers and asked what could we do that would make their life easier?”

The short answer was … a shorter boss gully trap.

Explains Nigel: “One thing that’s happened in home building is that, as designers look to reduce material costs, floor joist heights have decreased from 280mm to 230mm.

“This means you’ve got to squash a lot more into a smaller space. So we came up with a short boss gully trap called Compakt.”

By short, Nigel means just 199mm, or perhaps as much as 20% shorter than your typical PVC boss gully trap.

“The shorter boss means that plumbers don’t have to do costly and time-consuming workarounds like chiselling out the underside of the flooring or the top of the GIB to try and still fit in more traditional boss gully traps.

“So Compakt saves a lot of time, a lot of hassle. And, as a consequence, a lot of money.”

Another key plus is that Compakt is part of and integrates seamlessly with the rest of Marley’s OPTIM DWV system, which is a bonus in terms of AS/NZS1260 compliance. It’s also Watermark certified.

Compakt has been “really, really well received,” says Nigel Montgomery, adding that Marley will be looking to bring more of this sort of innovation into the plumbing sector that it has already brought to rainwater management.