NZ MADE – WHAT’S THE REALITY?

The perception is that a brand like Tip Top will always be intrinsically Kiwi, irrespective of who owns it. But what if that brand was being made somewhere else? 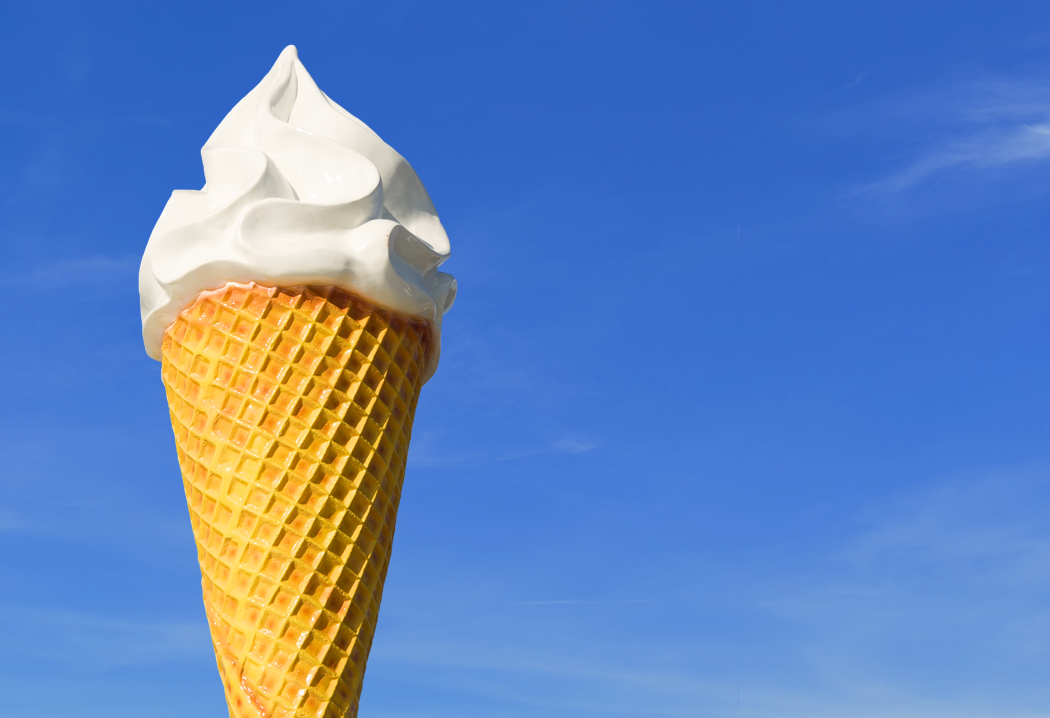 We have been assessing the building product industry’s attitudes to marketing products as “made in New Zealand” or similar for several years now.

Part of this will be no doubt attributable to a distinct increase in the visibility and activity levels of the Buy NZ Made Campaign and its brandmark.

Now a year into his role, Ryan Jennings, Executive Director of the Campaign, pleads guilty to these charges, admitting the last year has seen “a big shift away from just a licence administration organisation to an organisation that can do marketing campaigns on a business by business basis.

“You’re right – it is a big change and I think once you see what we’re doing and then get involved with it, you want more of it. But it is a big change from just receiving stickers and labels and once a year getting a bill from us for our licence fee.”

Acknowledging that some of the Campaign’s 1,200 licensees have backed the Kiwi trademark over the last 30 years, the team has been putting investment and time back into these businesses.

“By putting that focus back on our group, our community, that’s then in turn resulted in other businesses saying ‘Hey I want what they’ve got. How do I go about getting that?’”

Acknowledging too that the world revolves around social news feeds – Kiwis are spending about 14 hours a week on their phone – the Buy NZ Made Campaign started generating podcasts and video content that has attracted some three quarters of a million Kiwis.

Another key goal was to attract new licensees and this has also been ticked off, says Ryan Jennings, with 170 new businesses having now joined the campaign.

On top of this, Ryan Jennings and team have relaunched the “New Zealand Grown” label in the light of the country of origin food labelling act that’s gone through Parliament.

Although aimed at businesses in food and beverages, “NZ Grown” has also been taken up by businesses growing natural products like timber because they want to show that their timber – even if it’s already FSC certified – is also New Zealand grown.

This demand for additional credentials in timber may of course also be in part a reaction to the “greenwashing” of illegally harvested timber that has been much talked about recently.

Of course, the usefulness of any or all of this depends on a business’s goals, says Ryan Jennings.

“What I have gleaned from the surveys we’ve done is that New Zealanders look at the trademark differently from those internationally.

“The feelings it invokes here is around loyalty and pride, whereas internationally it’s more around exclusivity and purity.”

Admitting there’s still more to do around the Buy NZ Made Campaign, Ryan’s future goals include a greening of the organisation (e.g. biodegradable labels) and creating tools so developers can plug the Campaign’s data set straight into their work.

“It’s about removing the friction so that Buy NZ Made is not just the best option but also becomes the easiest option,” he explains.

Kevin Donovan at Sutton Tools, with its strong export leaning, has certainly noticed the difference in the last year as a Buy NZ Made Campaign licensee.

Ryan Jennings and team have “really reinvigorated that organisation,” he says.

“They deserve a pat on the back. They’ve done some great work and I think people are getting enthusiastic about it again.”

As a significant exporter, being a Buy NZ Made licensee really does make a difference for Sutton Tools.

“Buy NZ Made is really, really valuable to us in Southeast Asia [where] they place a lot of value on the logo,” says Kevin.

“Selling a Western manufactured product into those highly competitive Asian markets the fact is [Buy NZ Made is] a very useful marketing tool.”

Here at home, however, for brands selling mainly into the New Zealand marketplace, there remains a split among those I talked to about the return on investment of being a Buy NZ Made licensee.

A spokesperson for another brand that most in New Zealand building products would regard as intrinsically Kiwi preferred to stay off the record:

“The fact that you’re making a product in New Zealand for New Zealand standards and conditions is the important thing – not whether you’ve got a ‘made in New Zealand’ logo on your products,” they said unequivocally.

KIWI TO THE (BLOOD AND) BONE…

Yates is a brand whose products are not strictly “made in New Zealand” but whose brand is uniquely New Zealand in association and origin.

I ask Marketing Manager, Fiona Arthur, does something actually need to be made in New Zealand to be regarded as “NZ made”?

“We’re really fortunate I guess from a brand perspective to have been in the market for such a long time, since 1883 starting off with seeds [and] that whole seeds heritage is still a huge part of our business.

“So New Zealanders seem to trust us, which we really appreciate,” she says.

Whilst not able to use “NZ made” on packaging, Fiona adds that Yates is making much of those components of key products which have been New Zealand sourced.

These provenance messages are to be found on some of the Yates Thrive products relaunched three years ago, including lime and blood & bone and potash.

“The lime itself has been sourced from Te Kuiti in the King Country and that’s talked about on front of pack.

“The blood & bone is boosted with New Zealand seaweed and that’s talked about front of pack.

“So that places where it’s from and is quite different I think for our category.

“People haven’t really talked about the provenance story before [but] it sits nicely with gardeners because they like to know where things come from – probably even more so than your average Kiwi.”

Is this actually about buying NZ made or something else, I ask?

“I think it’s something that adds value but whether people would necessarily buy one thing or the other because of that, I wouldn’t say.

“Some of our products are quite technology-led so we source them from the best place we can around the world.”

Digging deeper, rather than just seeking locally made products, keen gardeners are actually buying products that work. “Efficacy is what drives them,” says Fiona Arthur.

From Yates’ research, she says, the top factor that drives purchases is trust, with efficacy at number two.

“That’s why we rely on making sure that what we do for Yates is trusted and that it does what it says on the pack.

“From our perspective, it’s having efficacious products that work in the New Zealand market and developed for these conditions that is absolutely key to our success.

“If you if do something, you do it right under the Yates brand.”

Although ironic perhaps that Yates’ firmly Australasian parent DuluxGroup is soon to become part of Asian paint giant, Nippon Paint, it’s a fairly sure bet that Yates will stay just as firmly local in its outlook and offering.

DYED IN THE WOOD…

Looking south now I talked to Invercargill Buy NZ Made licensee, Niagara Sawmilling, which, like others polled for this article, both produces locally and imports products made offshore.

Its Envira weatherboard is locally made, to local standards and for local conditions and, in its main market in Auckland where it’s been helping fill a shortfall in supply, may well be a better-known brand than Niagara.

In Auckland particularly, there may well be an advantage in differentiating your locally made product from what’s been sourced overseas…

Marketing & Sales Manager, Jamie Barton, is unshakeable in his belief that being NZ made is a real advantage for Niagara.

“I firmly believe that when there’s a large portion of Kiwis who are starting to feel very strongly about the provenance of their product,” he explains.

“Whether it’s meat, whether it’s timber or any other type of produce, I believe that New Zealanders see the value in buying and supporting products made in New Zealand.

“I believe that many people perceive, often quite rightly, that there is better quality around New Zealand made product and that they can trust it.”

Jamie continues: “As an industry, we have to be lifting our game here and we have to be driving the manufacturing expertise that does exist in our country.

“The bottom line is that we’ve seen ever-decreasing margins in the last few years. So we’ve got to be able to put some value around our quality and standards and I think that’s what Buy New Zealand Made really highlights.

“I think people now associate [the Buy NZ Made brand] with quality so we think this also gives a feeling of confidence to our customers, so they understand that this is a quality New Zealand product when they see it coming onto their site.”

Locally made may be a preference, certainly, but not at any cost, says Jamie Barton realistically: “It’s like environmental sustainability – people like it, as long as it doesn’t cost them any more money.”

Will Canadians go for a quality pitch?

While Kiwis associate loyalty and pride with products stickered by the Buy NZ Made Campaign, a new Canadian campaign seeks to convince Canucks that local hardware products and construction materials for residential applications are “Well Made Here” or “Bien fait ici”.

Product lines that can wear the Well Made Here logo must be able to demonstrate that at least 51% of their manufacturing costs are incurred in Canada – excluding R&D, design and freight – as well as meeting the construction code and industry standards.

Plus the program’s 70+ manufacturers have to submit descriptive texts about their accredited product lines in both lan­guages and with images for perusal in the program’s online catalogue.

At the outset, nearly 400 product lines or 4,000 SKUs were in the system, which is a start. The inventory held in typical Canadian hardware stores may, however, range between 12,000-65,000 SKUs.