The past six months have seen new Mico branches in Kaikorai Valley, Hokitika and Drury with a new plumbing and pipelines store due to open in Matamata in April. 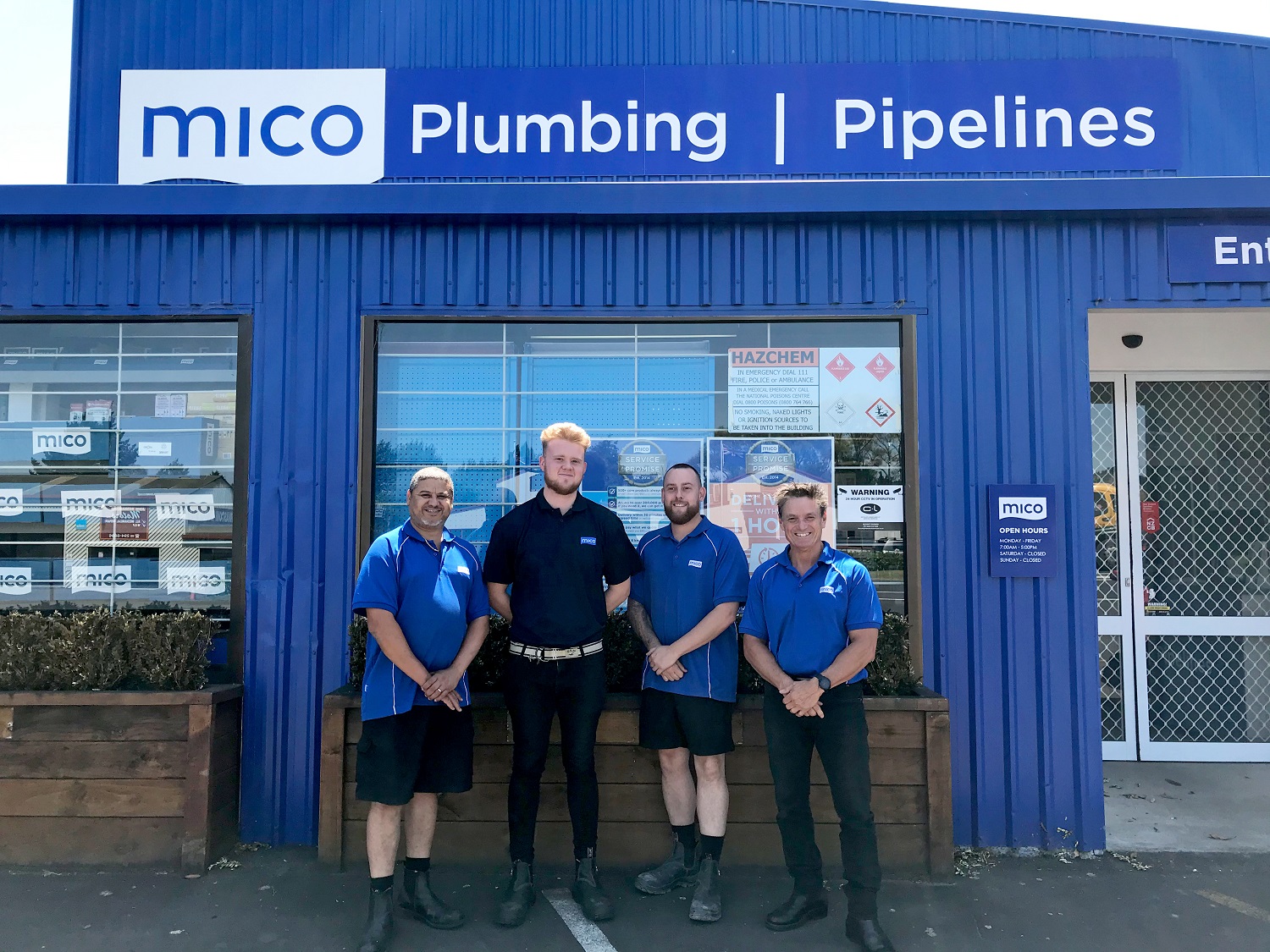 The past six months have seen new Mico branches in Kaikorai Valley, Hokitika and Drury with a new plumbing and pipelines store due to open in Matamata in April.

Richard Doig, General Manager for Mico, says the business has invested heavily over the past 18 months, not only to expand its network of branches but also develop state of the art showrooms, 20 of which have been completed so far, in an effort to “Make it Easy” for customers.

“A core component of our strategy is to have branches as close to our customers as possible and, once through the door, ensure their in-store experience is a positive one – that means having trade halls which really work for our customers and showrooms that reflect our brand positioning, are well-designed and display the latest in bathroom, laundry and heating products,” he says.

In October, Mico opened a new trade-only branch in the Kaikorai Valley, strategically placed as a central hub for Mico customer Foleys and to help plumbers working in Mosgiel and the close surrounding areas to shave time off the trip into town for supplies.

In January, in preparation for exponential growth and development south of Auckland, Mico established a trade branch in Drury.

Branch Manager, Karl Brown, says the Drury store (photo above) is perfectly positioned to service new growth. “We always strive to make it easy for our customers and opening in this location is part of that strategy. For plumbers, drainlayers and civil pipelines contractors working in the area our Mico Service Promise guarantees 500 core items in stock at all times and a speedy one hour delivery.

Drury also has a range of products and solutions specifically for the rural market, in particular lifestyle block owners. “We’re really trying to support not only those working on the development, but the community who are already established here,” says Karl.

In February, Mico opened a trade branch in Hokitika, having previously operated a managed inventory store within Jeff Evans Plumbing, but the expansion of both businesses required new premises.

This resulted in the purchase of a smaller plumbing supply merchant in Hokitika called Plumbing Shop, whose previous owners, Stuart and Jill Mitchell, are now employed by Mico.

Bryce Jenkins, Regional Manager for Region 4, says growth in Hokitika and South Westland has been thanks to an increase in tourism. “It made sense to establish another trade only location within Hokitika, servicing Jeff Evans Plumbing and expanding our offering to the other plumbing firms in the Westland district,” he says.

The development continues and shows no signs of slowing down, with works well underway in Matamata, where a new trade branch will open in April.

Vince Jones, Regional Manager for Region 2, says that Matamata customers are currently being serviced out of Hamilton or Tauranga and, while opening operations locally will “shift a bit of sand”, all signs point towards the town becoming a major hub within central Waikato in the future.

Matamata is one of many rural towns impacted by Auckland’s boomers cashing up and leaving the big smoke for the perks of a rural lifestyle.

“We’re bringing our business to an area that doesn’t currently have a merchant. No one else has done it, we’re going to do it and we believe we’ll grow it,” says Vince.

BELOW: One of the new bathroom displays at Mico Levin which recently underwent a full showroom renovation. 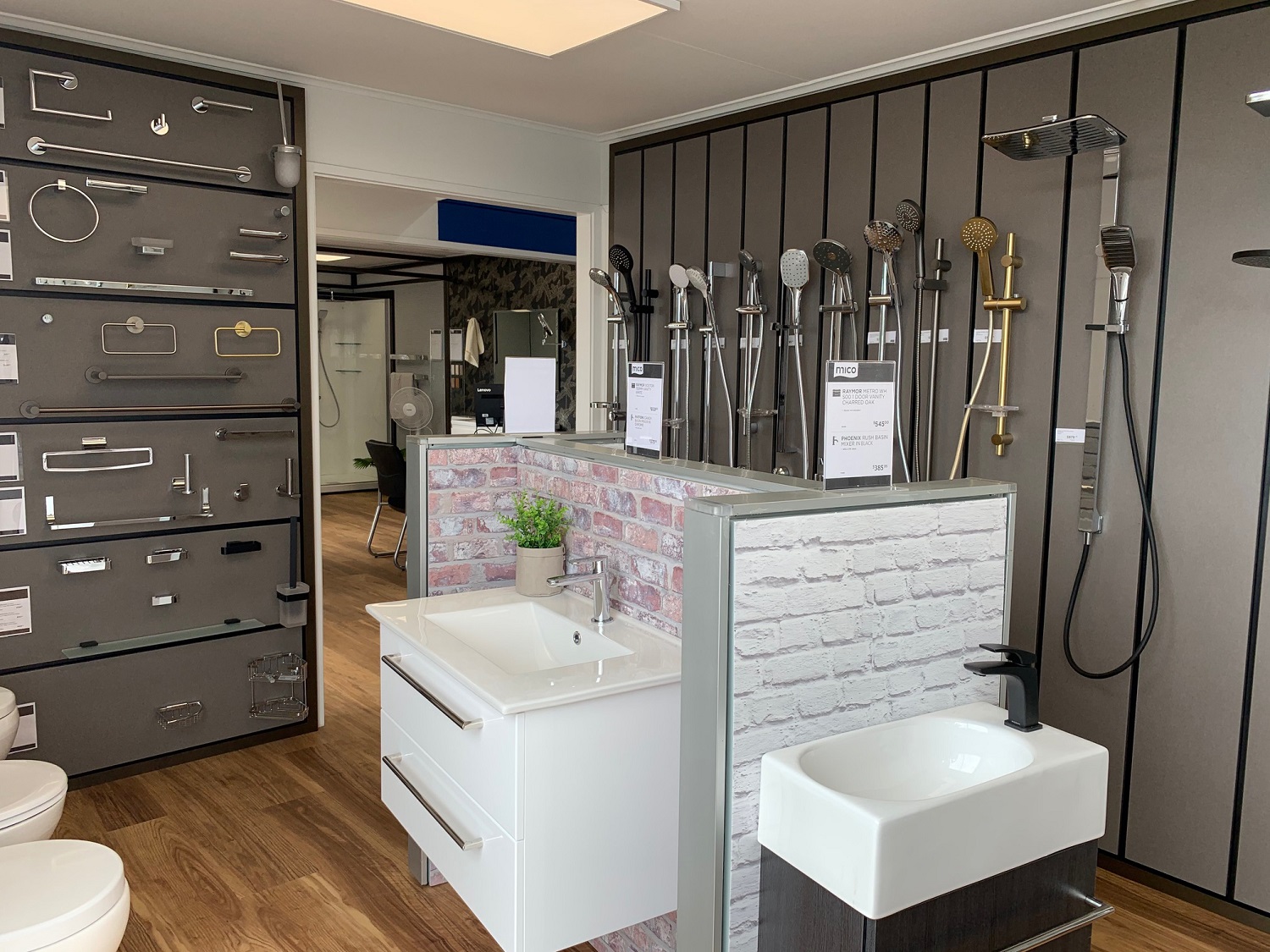