Outsourcing – no longer a step too far…

The “tyranny of distance”, outsourcing versus in-house and the rise and rise of external merchandising teams... Sales agents communicate how their roles are changing and what challenges the future could bring. 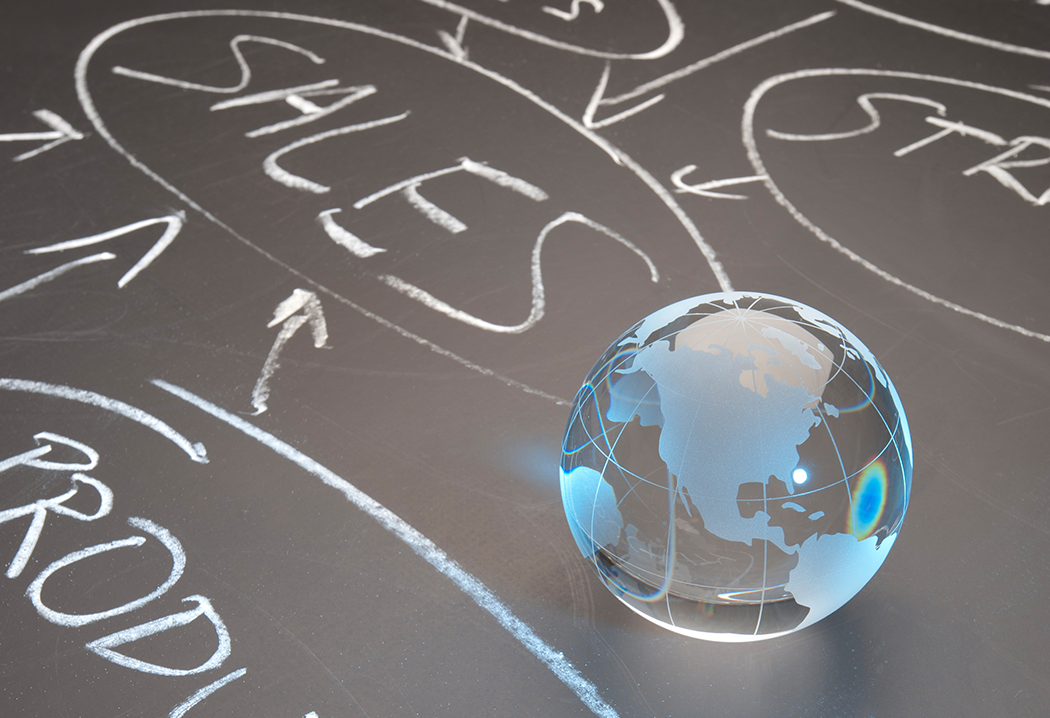 After speaking to the range of sales agents involved in this feature, I can safely say that all of them are very happy to be involved in the hardware channel with all parties reporting steady and in many cases growing business over the last year.

I start with Janelle Blackmore, National Sales & Marketing Manager for VSS, who feels that more and more companies are realising the benefits of partnering with specialised sales and merchandising providers and is confident that this will continue into the foreseeable future.

“We are forecasting growth in the outsourcing of sales and merchandising functions to companies like us who specialise in this area,” Blackmore says.

“We see that there will be a significant shift in suppliers who have typically managed their own sales and merchandising teams who are now outsourcing their sales function.”

She identifies national coverage and the ability to provide live field reporting via software for greater transparency as key attributes that any successful sale agent team needs to provide the channel.

Speaking to Crossmark’s ANZ CEO, David Murray, I asked him about the reported shifts within the industry away from the sales side of his business and towards merchandising.

“In New Zealand, we restructured our business into distinct sales and merchandising arms to adapt to the changing retail landscape over there,” he explains.

“We’re finding that a lot a lot of manufacturers are tending to outsource more of their merchandising so it’s an increasing part of our business.

“Having said that, there is still a need for our staff to liaise with the sales staff of the manufacturing companies that we represent.”

A key concern that David Murray has in the New Zealand market is the Government’s announcement of a minimum wage increase.

“That’s going to impact companies like ourselves but also a lot of the retailers out there and we feel there is going to be a need for a lot more analysis of where people spend their money in retail environments.

“So, instead of sending field staff to every store to do a standard half hour call, you’ve got to get more bang for your buck in there because it’s going to be a bit more expensive for everybody and these cost pressures aren’t going to go away.”

For his part, Grant Emmett, National Sales & Operations Manager at Creative Activation, feels the shift towards merchandising is part of “a step change away from more of a marketing-driven idealism”.

“My thought is that there seems to be a lot more marketing dollars being freed up due to digital marketing being a lot cheaper than traditional methods.

“That leaves more resources available in order for people to focus on what’s going on in store.

“As well as that they’re trying to encourage foot traffic and impulse buys with customers due to the fact that everything seems to be coming down to product and price these days.”

Of course many New Zealand retailers are concerned that foot traffic might become a thing of the past anyway with the ongoing growth of online shopping.

This fear has been given an extra boost in recent months with the establishment of Australian branch of Amazon.

However most of the sales agents I spoke to for this feature feel that unlike say, consumer electronics, the hardware channel should prove resilient faced with Amazon’s arrival in Australasia.

“We still like to take a product to checkout to ensure that we’ve got the right thing at the right time so I think that there’s still a healthy retail space there.”

LIFTING THE TYRANNY OF DISTANCE

Lincoln Brokerage has been active in the New Zealand market for three years and in the Australian market for 20.

Managing Director Gordon Sinclair is based in Australia so I asked if he saw the Amazon launch having a negative impact on business there.

“And, as long as the home improvement and outdoor living retailers continue to provide the consumer with an experience, then I think they will continue to go to stores.

“Home improvement and outdoor living are very different. Most people go there because they have a project to complete but aren’t fully aware how to complete it so they rely on that advice component that you’ll get from Bunnings or Mitre 10 stores.

“And, as long as the retailers recognise that, I think our channel will continue to grow, irrespective of however many online resellers are in the marketplace,” he says.

Gordon Sinclair feels that recent immigration on both sides of the Tasman is also contributing to the continued growth of the channel, with new families going into new homes – good news for DIY and home improvement.

With this growth, he sees the role of sales agents in the channel becoming more relevant than ever.

As well as creating greater efficiencies and flexibility in the market, sales agents can help with increasingly complicated compliance issues.

“Employing people is becoming more complex than it was 20 years ago and not everybody wants to do that any more.

“There are already several multinational businesses in Australia that have a policy to outsource this sort of work because it’s just too hard for them to do it themselves.

“So I think that is a major opportunity to continue to add value to the channel,” says Gordon Sinclair.

Looking at the New Zealand market, the Lincoln MD feels that a key problem that sales agents can help with is the “tyranny of distance” between stores that can create major issues for suppliers around the country.

With reps clocking up major unproductive hours just sitting in cars he feels there is a better way to do things.

“And every day I think there’s a supplier that’s recognising that benefit.”

And while he believes the sales agent model arguably copes far better with this issue than an in-house sales rep ever could, it still creates issues for VRM, despite a major expansion in staff numbers and a new Hamilton office and warehouse.

“Freight and the logistics of getting products from suppliers to the stores is becoming increasingly difficult,” he says.

“Particularly in Auckland with increased load on the road but also further south with the Kaikoura earthquake last year and the time it’s taken to get that going.

“It’s meant that there’s been some challenges getting stock to the south island and around to the hardware merchants in a timely fashion,” says Derek van der Vossen.

Despite this VRM has seen excellent business in the past year and the company continues to grow with the boss always on the lookout for good people to fill a few more important roles in the expanding business.

As for the type of business being done, VRM’s main bread and butter has been vendor refill or vendor in-store support to Bunnings and this looks set to continue.

In addition, VRM has very recently expanded to provide services in Auckland to some Carters, ITMs and PlaceMakers stores late last year.

Driven by some stores pulling back staff levels back, there’s “a greater need for physically merchandising stock and pulling stock in from inwards goods and getting it on the shelf,” he says.

It seems the trend towards the continued outsourcing of this type of work within the channel seems to be paying off for VRM but is Derek van der Vossen concerned about online sales and the emergence of Amazon down under?

“I think if [something costs] under $100 some people aren’t too worried and will risk buying online but if it’s over that often they’ll go in and get advice and direction.

“So I think in New Zealand there is still a keenness for people to touch and feel before they buy, particularly on large ticket items.”

The general consensus seems to be that Amazon’s Australian debut late last year was a far softer landing for other retailers than expected, with fears that it would disrupt the Christmas shopping period largely unwarranted.

That said the juggernaut is sure to better establish itself in the coming months.

This means that the hard work sales agents get through in working with the hardware channel could be more crucial than ever…. 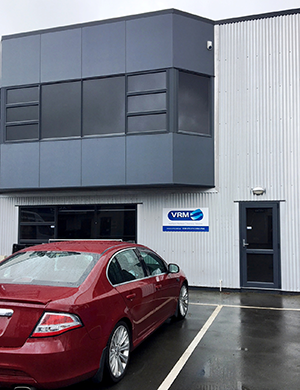 Vendor Refill Management now has a new combined warehouse and office facility in Hamilton. This expansion has allowed the VRM team to showcase installations and build displays and more on their own specialised site. The new facility adds to what has been a bumper year for VRM with the team also growing to five members this year as well as adding new customers to its business. 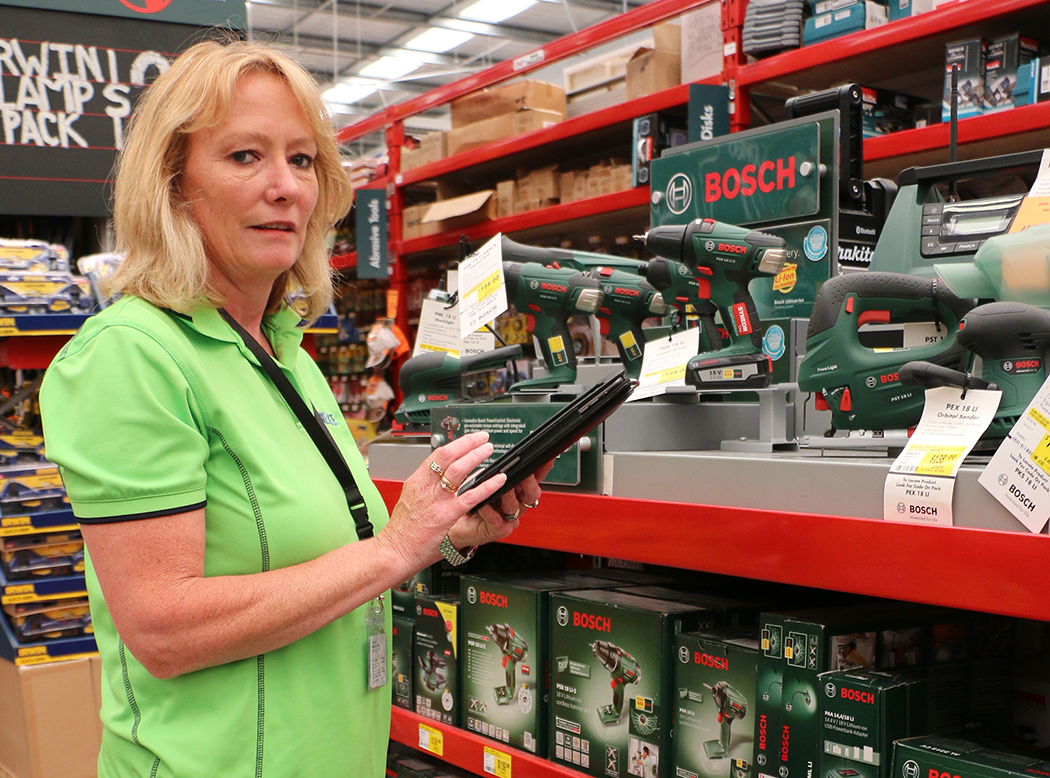 Jackie Martel is the new Hardware Channel Manager at Strikeforce.

Starting out in the industry at Benchmark 20 years ago she’s progressed through the industry as an Operations Manager followed by a shift to Visual Merchandise Projects Coordinator for Bunnings from 1998 before joining Strikeforce in mid-2017.

Jackie feels that her range of experience in the industry has given her a good understanding of the needs of retailers in a busy but ever changing market. One change that she has seen (that is echoed by many others players in the market) is an increased focus on the shop floor.

“There is an increased focus on merchandising now. In Bunnings there’s more focus on reporting, visibility of orders, overstocks, deleted stock, aged stock. Especially in recent years there’s a lot more need to be in stores on a regular basis and one of Bunning’s key objectives is “100% in stock” so they report on that as well.”

This renewed focus means large retailers like Bunnings increasingly need more feet on the ground which is where a company like Strikeforce comes in.

“Some people have their reps and they will also use a third party as well because, depending how big their territory is, the reps don’t get to every store every week, and it just means they’ve got that presence in store every week to make sure that things are faced up, topped up, and to help the store team bring stock down if necessary.

“So there’s more and more need for them to be there because of the reporting and the KPIs that are put onto suppliers.”

Looking to 2018, Jackie Martel is looking forward to working with the Strikeforce team and putting a few more processes in place in her work with clients.

“Strikeforce is really great to work for, as they allow me to put my spin on things and they have really good communication internally and that’s what’s it’s all about really.

“If you can get good communication between the clients and your merchandiser than the end result is always going to be much better.” 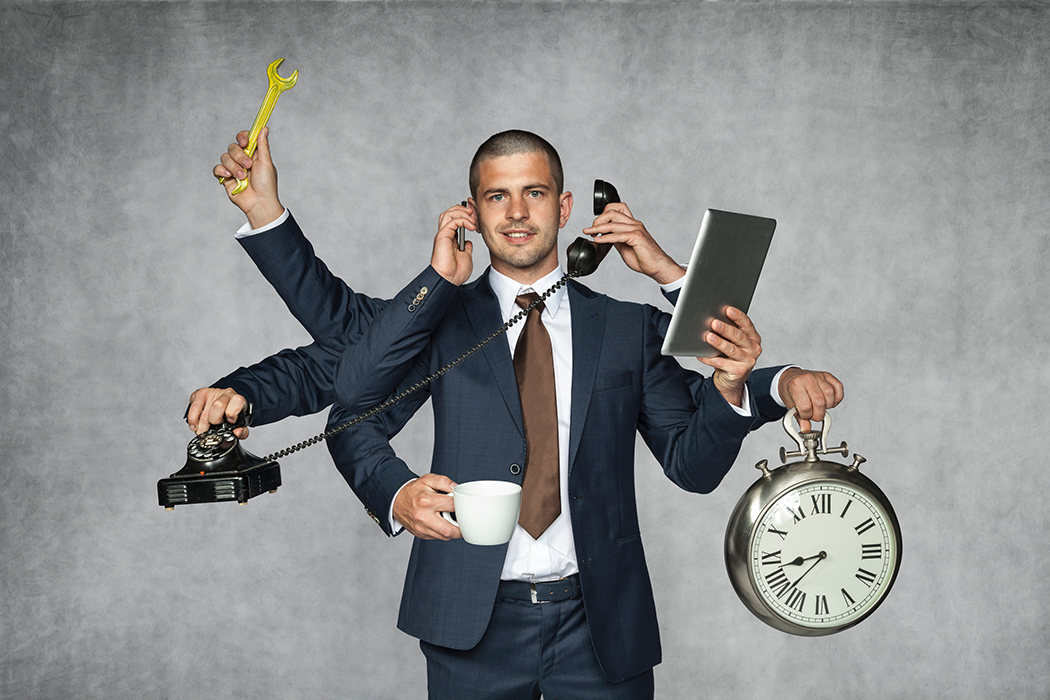 The survey involved 250 retailers with the goal to identify the key merchandising behaviours of retail “winners”, those with the greatest sales growth year over year.

According to the 2018 One Door Merchandising Execution survey, the most successful retailers excel in five key areas of merchandising execution including:

The full survey can be found on the One Door website.