Not just another “open & shut” case…

The market for security, window & door products remains buoyant but it’s fair to say that this is another category still trying to keep up with the pace of technological change. 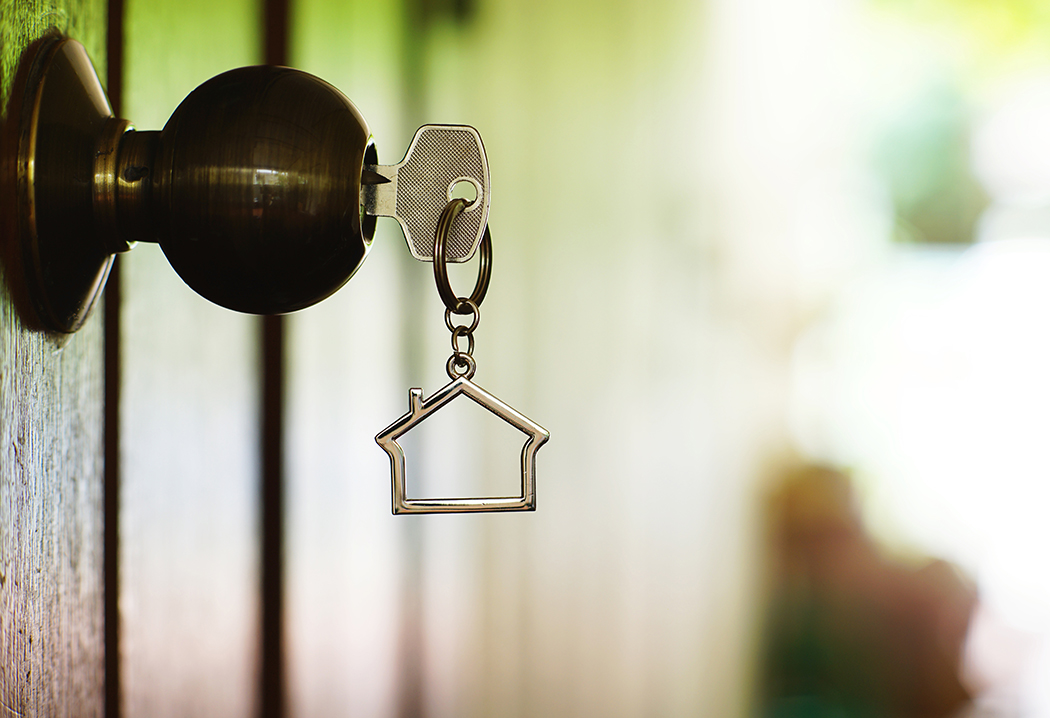 Speaking first to Allegion, National Sales Manager, Bryce Carter, reports that 2018 was an extremely positive year for the company’s sales in both residential and commercial markets and expects more of the same for the rest of 2019.

Trend-wise, across both markets, Bryce highlights seamless electronic solutions as the most obvious growth category.

He is also seeing an increasing demand for special finishes, of the kind that have traditionally only been available in high-end architectural products, at lower price-points.

Among the key changes that he has seen in the market in the past 12 months, Bryce Carter notes the growing disparities in the number and type of consents occurring regionally compared to previous years.

“Another ongoing change in the market that we have seen is that customers are increasingly time-poor with so much work on.

“Because of this, providing prompt service and ensuring stock is immediately available are important differentiators for suppliers in the market,” he explains.

With the bar for customer service getting higher and higher and the company and its range of products and services growing, the challenge for Allegion’s National Sales Manager in the months to come is to maintain both the company’s existing and growing markets.

“We have a lot of new products being launched in 2019 so prioritising our resources to execute these well, along with our other business initiatives is a very fine balancing act,” says Bryce.

Next I spoke to Murray Baber of Baber Lock & Key about how his business has been recently.

Industry stalwart Murray clarifies that, while Baber Lock & Key has only been running as a joint venture with Lock N Key Pty Australia for 18 months, he has seen some good growth in the past year.

Like many in this category, he has seen fastest growth in the demand for digital locks, both electronic and mechanical.

This has led the company to invest in more options in this category, significantly expanding the products that Baber Lock & Key can offer the market.

Murray Baber goes on to say that the general trend noticed across the channel toward quality – possibly thanks to some customers having been burned by cheap but sub-par no brand products – has also had a positive influence on the demand for quality products in his other ranges.

“The growing recognition within the market that people need to apply quality products to their security needs means that the release of our new Carbine padlocks, chains & cables, chains and hasps & staples range couldn’t have come at a better time,” he says.

Murray is also happy to say that with the price of quality products coming down, many of the more opportunistic flyby night players in the security market are being squeezed out of the game in favour of products with proven performance and quality materials.

“This is especially so in the electronic digital access market, where we now see the consumer stepping up to use the smartphone with access control products,” he explains.

And while Murray Baber is immensely proud of Carbine’s product offering, his chief concern in the year ahead is ensuring that his products get enough exposure in the
market.

“As the saying goes ‘you cannot sell a secret’ – so we need to work hard to get the word out!”

Another player which has benefitted from consumers increasingly taking their security options more seriously, particularly in the digital realm, in recent years is SALTO Systems.

SALTO’s New Zealand Business Development Manager, Scott Barber, says the company has continued to have strong growth in New Zealand over the past few years with 2018 continuing this trend with a record period of growth.

SALTO puts much of its focus on new technology and this has seen the brand take advantage of the increasing trend noted by most players in the market toward “cloud-based, secure and robust access control for all market verticals – from domestic dwellings to large corporations.

“Especially noticeable now is the growth in residential properties where owners/managers would like to manage access in conjunction with cloud-based solutions and apps, as example Airbnb or smart home systems,” says Scott.

This definitely tracks with the trends noted internationally by researchers in the consumer electronics market where the adoption of smart home technology and the Internet of Things is becoming increasingly commonplace.

A key driver of this has been the recent explosion in sales of smart speakers like Amazon’s Echo that are controlling an ever-widening range of household items with internet connectivity (such as digital locks) through voice command or an app.

“We have noted that security, in particular, is one of the most compelling reasons people are implementing smart home automation,” says Scott Barber.

SALTO is definitely excited by these innovations and the potential they hold for the security market.

That said, Scott does have concerns about how some players are handling this technology, noting that protectionist attitudes from some manufacturers have seen a proliferation of technological “walled gardens”, fragmenting the market and creating confusion for consumers.

…Comes great responsibility. And, while this new technology offers never before seen levels of convenience and functionality, the continued spread of connected devices means that having the right security in place is more important than ever.

“Now that locks are participating in the converged Internet of Things, security is of paramount importance. We use industry-leading encryption to protect communications between devices, and are constantly expanding the capabilities and integrations supported by our platforms,” says Scott Barber at SALTO Systems.

“So my advice to consumers is to always prioritise compatibility and network security as their highest priorities when exploring any security device.”

New from SALTO Systems is the Danalock system.

Eliminating many of the problems with mechanical keys, the Danalock V3 is a wireless smart lock that lets users easily control access to their home with a smartphone.

Compatible with most deadbolts in the Australian and New Zealand Market, you can quickly and easily convert your existing hardware into a smart lock.

The Danalock app (iOS and Android compatible) allows users to create an unlimited number of permanent or temporary digital keys for friends, family, guests or contractors straight from a phone.

They can set up alerts notifications when the lock is used and by whom.

As users approach the door, the Danalock senses the presence of a digital key and knows to lock or unlock.

For those who don’t have a smartphone, the new Danapad can open the door with up to 20 PIN codes of their choice.

The door as art?

With just three and a half years in operation, Visual Hardware is a relative newcomer to the market.

Specialising in barn doors and sliding door hardware in a range of styles and options, Russell Daken started the business in St Johns Auckland in 2015 as a hobby but saw demand take off enough that it turned into a full-time business.

“I decided that there was a bit of a gap in the market for something that I wanted at home initially and I suppose it’s just progressed from there, says Russell.

Aesthetically, the company tends to stay away from the clean minimal looks of the mainstream.

“There are enough people doing that at the moment so predominately I’m going down the rustic, industrial sort of look. And my main thing is to make what I call ‘functional features’ so Visual Hardware’s thing is to embrace everyday items and make a predominant feature of them to give some wow factor.”

Sales wise, Russell Daken says that this year and 2018 have been steady but with interest increasing.

“I think the big winner of barn doors is actually going to be the door manufacturers to be fair,” he says.

“If you look at what’s happening in America about one of five places has some sort of barn door element and everything is sort of custom-made. So far we’ve got the traditional barn door looks. But I think in the future it could sort of vary massively.”

With standardisation less of an issue with hanging door systems, the potential for bespoke doors or “doors as art” opens up a range of options for those with a more daring aesthetic.

“New Zealand can be very conservative, especially in Auckland where it’s all about resale value.

“So definitely the South Island has been going a lot bigger in the rustic sort of styles and I find a lot of foreigners tend to sort of choose the more ‘in-your-face’ pieces as well.”

Visual Hardware is hoping to release a range of new products in 2019 so watch this space.

Baber Lock & Key is happy to announce that it now has a wide range of digital locks in both electronic and mechanical options for residential and commercial properties. The brand says it has one of the widest ranges available on the market with solutions for virtually every type of door, including sliding, swing, doors deadlocking, swing door digital/deadbolts.