GUTTERING & SPOUTING: ALL ABOUT THE WEATHER?

Why bad weather may mean this normally highly seasonal category is less so this year. Why white is no longer the new norm in spouting & guttering. And why there’s no such thing as “fit & forget” when it comes to gutter barriers. 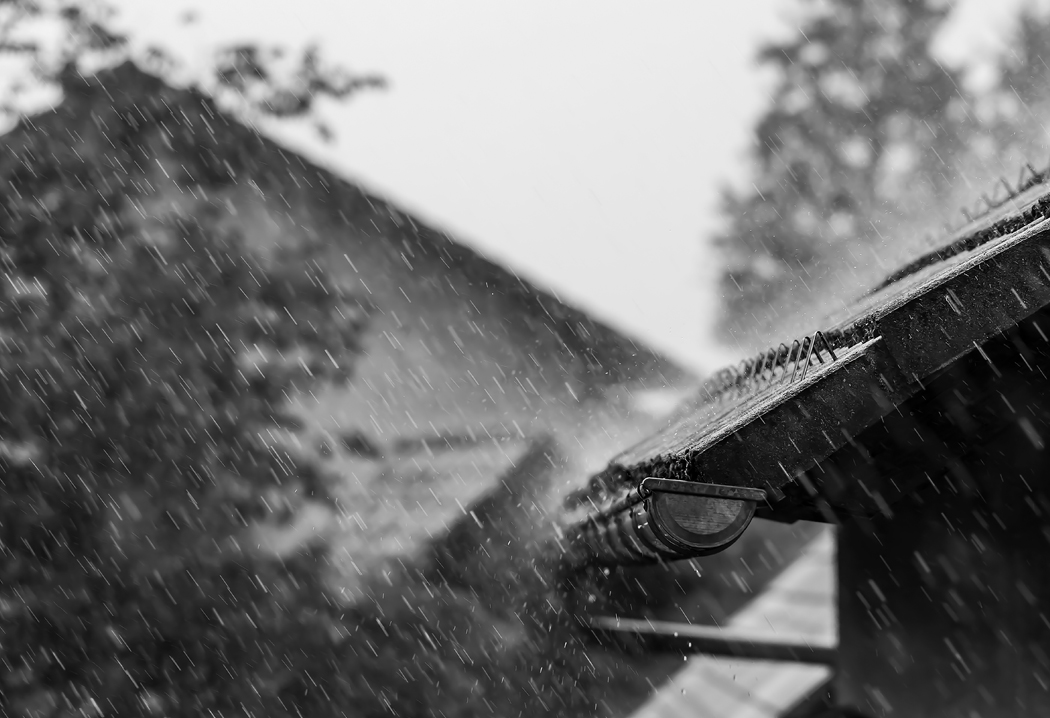 I managed to catch up with the clean-up kings at Browns Brushware just before they flew out to May’s National Hardware Show in Las Vegas.

As has been the firm’s practice for a few years, the idea of travelling to the massive North American show is to canvas opinion from major overseas markets, and get feedback on new products (of which more in the next issue!).

Says Murray Brown: “We talk to people from all over the world. We try to get on the front foot with Northern Hemisphere gutter problems and gutter protection.”

As well as brushware, Browns’ has the Gutter Whiskers brand and I ask whether, with the recent storms, the usual timing around exterior clean-up and prep for winter has been thrown off?

It’s all about “relevance to the season”, he says, adding in his view there are three types of consumer in this market whose progressively more and more urgent requirements need to be addressed as winter approaches.

There’s the “early adopter”, who fettles the house exterior over Christmas because they didn’t go away for the holiday.

“They’ll get stuck in and do the roof, then they’ll do the gutter and the fascia boards and then the side of the house,” says Murray Brown.

These “early adopters” already have a plan that’s well in hand, although the recent weather may mean that their gutters need another quick flush or brush.

Then there’s the reactive consumer. After some wind and rain, they find there’s a bit of a blockage so they deal with it, quickly.

These customers have also already visited their local store but again may well come back for some ad hoc repairs and upgrades.

Then we have the late adopters who now, in late April or early May, thanks to those cyclones, have had water gushing out of the drain or the gutter.

And finally there are those consumers who, for reasons of time, or time of life, are never going to maintain their home’s exterior themselves – they’re just going to call a plumber.

Indeed, last year’s AA Insurance Home Survey puts it that only one in four Kiwis were willing to work on roofing and guttering themselves.

When it comes to these “Do It For Me” consumers, Murray Brown believes there is an opportunity for DIY stores and merchants, except in this case it’s about the trade.

And not just plumbers either: franchisors for the likes of Jim’s Mowing these days are increasingly encouraging franchisees to look beyond just mowing lawns and to up their turnover by offering value added services like cleaning spouting & guttering.

While the likes of Jim’s Mowing don’t strictly specify which products their franchisees should use, staying tight with local operators should be part of any Trade Account Manager’s to do list.

BLACK REALLY IS THE NEW BLACK

Nigel Montgomery and Marley are also stepping up the game when it comes to add-on products.

Launched last year, the brand’s Curve and Twist products (a leaf and a water diverter) are creating interest outside of the rural markets typically associated with some form of water harvesting.

Urban markets are now also showing interest, given the increasing attention being paid to what goes into storm water drains, particularly with respect to reducing pressure on already stretched infrastructure.

Marley having added to its Stratus Design series with a black option in May last year, I was also interested to talk about colour in spouting & guttering.

Nigel Montgomery says the new colourway has “gone really well”, not just in terms of spouting but particularly in downpipes, “because people aren’t necessarily installing matching spouting and downpipes.

“People can install different coloured downpipes just to match their cladding and black seems to be very popular,” he says.

While I get no joy when I ask what sort of proportion of all sales is represented by the Stratus colours, Nigel Montgomery will say that the new black was “almost a third” of Stratus colour sales in downpipe.

Surprised? Marley was too, despite its strongly local design and locally compliant manufacturing and the fact that it always canvasses market needs prior to launching new product.

“We expected [the new Black] to go well but it has taken us by surprise,” admits Nigel Montgomery, adding that on top of this, the new black hasn’t cannibalised Marley’s other colours, which are also seeing good growth, particularly among group home builders.

In terms of gutter protection however Marley prefers to remain “more about taking the leaves out of the system” (which is where products like Curve comes in) than preventing them entering the guttering & spouting in the first place. 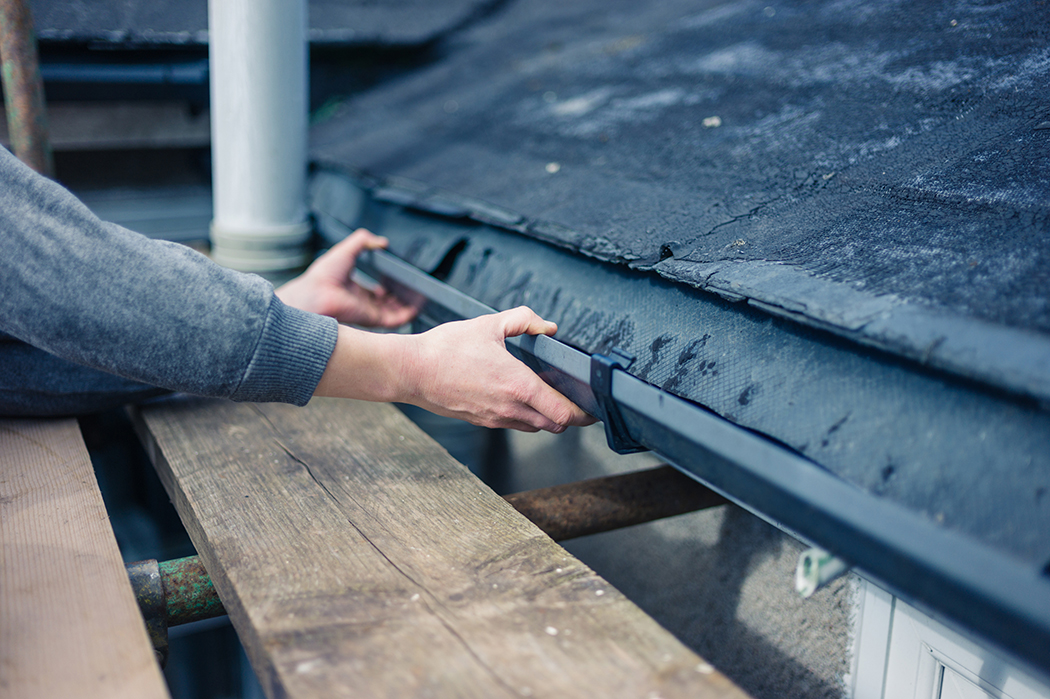 BEING A GUTTER BARRIER

In contrast, one firm that is keen-as to make more of the gutter protection market – and has been seeing success in this respect – is GutterFoam, which plays in the tight and fiercely competitive middle price market.

Requiring just a sharp knife to cut to length, GutterFoam is designed to fit snugly into any type of gutter, is invisible from street level, it’s biocide and fungicide protected with UV-stabilisation and is billed as not only being able to keep gutters clean and free of leaves, seeds, moss, weeds, pine needles and bird nests but can also reduce the risk of mosquitos, wasps and birds.

Having sold over 100,000 metres of its foam product to date, with “zero come-back”, GutterFoam’s Mel Clements explains: “the whole idea with Gutterfoam is that it doesn’t trap leaves – the wind comes and blows them off.”

“You can leave it up there for a long time and then maybe once or twice every two years, if there is still some debris on top, then you can brush it off with your hand. Ideally, what happens is that the wind actually brushes it all off.”

To get an alternative view on gutter protection from someone who cleans gutters for a living, I sought out Gregg Cleland of Auckland-based specialist Gutter Geeks.

Having been operating for the last 5-6 years, he certainly has an opinion on the benefits of various types of gutter protection but, rather than open up a whole can of worms we don’t have room to detail here, if you wish to find out more about his views on this, do visit the Gutter Geeks website.

“People are possibly just expecting too much” from gutter protection products, he says, adding that there’s no such thing as “fit & forget” in this respect.

“You’ll see ads that literally say ‘never clean your gutters again’ and that’s the bad side of marketing ... complete overpromises,” he says.

However, he goes on: “If you’re talking leaf protection then they can certainly help the situation and they will certainly be a benefit in the right situation,” he says.

“Everything has its place,” he says, at the same time emphasising that semi-regular maintenance will still be required, even if it’s just brushing off light debris as opposed to wholesale removal, cleaning and re-assembly.

How about some expert tips for cleaning guttering?

Gutter Geeks started out by vacuuming, which “did a fantastic job of getting everything out of the guttering, but actually it was overkill and did almost too good a job. Now we do a manual, functional clean of the guttering which means that all debris except for crumbs is removed.”

Spouting & guttering isn’t just a commodity market. There are many factors in play right now: