The market for doors and windows appears to be steady to positive for most players in this category but the uptake for electronic options is still in the early stages. So what is behind this reluctance and is it justified? Jess Brunette reports. 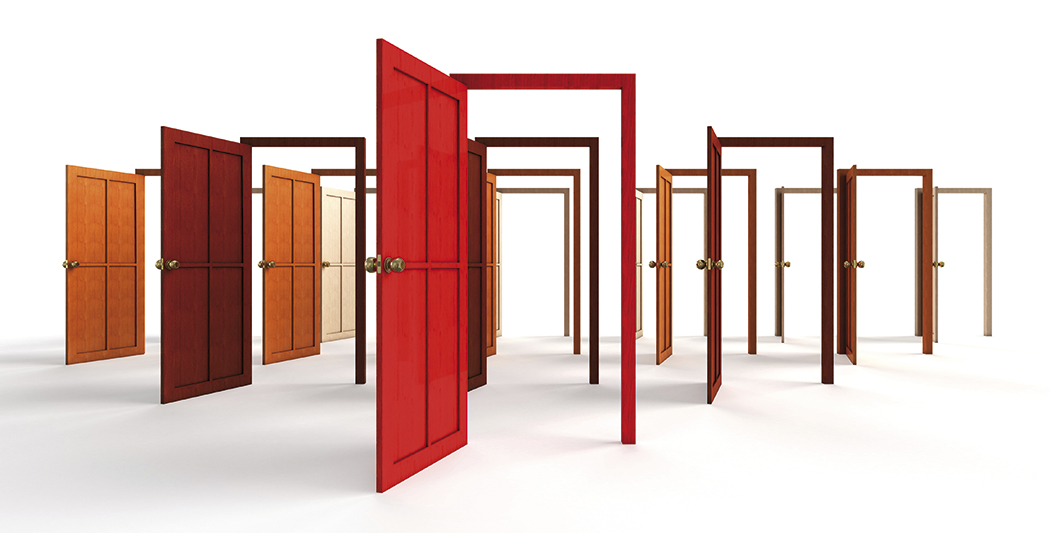 To view a PDF of the complete feature as it appeared in NZ Hardware Journal magazine, click the download this story button at the bottom of this page

Doors and windows seem to be steady. The next stage in the Christchurch rebuild and the Auckland property boom are beginning to pay off for many in the business. And while there are many exciting technologies on the market, uptake of electronic door locks is still at a very early stage with mechanical locks remaining the bread and butter for many of the industry players I spoke to.

Electronic locks may not be mainstream here quite yet – but they are coming along. I asked LSC’s Pat Quinn about the level of saturation for electronic options in New Zealand at the moment: “It is very minor at the moment but it is an area that is ripe for expansion.

“People are reluctant to change what they’ve got to something new and the growth is more likely to occur in new builds and housing developments where default systems would now be an electronic lock rather than a key lock.”

Allegion’s Jeff Bennett agrees that while the shift to electronics is taking off globally the New Zealand market is still in the early days of taking up this technology: “Globally the electronic trend continues to be a growing market sector as people want the benefits that electronics products provide. So that’s something which we are focused on as a business and is something that New Zealand is slowly adopting but I guess we all have a smartphone in our pockets now so a definite trend toward digital is in place.”

Murray Baber from Baber Lock & Key also sees a natural progression toward electronic options where, as with many technologies that have started prohibitively expensive, electronic locks have started hitting similar price points to their more traditional counterparts.

“The market has been about 80% mechanical but I see that is going to gradually come down so maybe mechanical will make up 60% in the next five years,” Baber says. “Mechanical has always been a lot lower in price at a retail level but our electronic models are now getting a lot closer to the price of mechanical.

“Historically, electronic has been pretty much left with specialists but the lower pricing now means that it will open itself up more to the DIYers and some electronics models are now fairly quick and easy to install for a refit situation.”

Despite a general consensus in the industry that a more widespread uptake of electronic locks is inevitable, the current retail market for these products can be challenging, with at least one major retailer reporting extremely low sales in this area in 2013.

ASSA ABLOY’s Philip Gale feels that while there may be some reservations about new technology when something like security is at stake, a proactive approach is needed to bring consumers round to the benefits of electronic options.

“We’ve seen an absolute upsurge in demand for digital front door locks, certainly through the OEM side of the business, and we have seen that demand from the customers increase dramatically over the last two years. And if you take our stand at the Home Show as a measure, interest was almost exclusively in the electronic products,” Gale explains.

“So I think the retailers need to be aware there actually is a good demand for this product. Some of the retailers have just put electronic door locks in their range and they do see there is a growth potential there. But it really comes down to having a good quality digital door lock offering, not a cheap and nasty one, because like with most electronic devices you will pay in the future for it.”

Even greater convenience with touchless and keyless options could be another weapon in the development of the electronic lock here. Part of this is the massive uptake of smartphones in recent years has created opportunities for NFC technology to be implemented into locking systems.

Despite some initial concerns, contactless payment options have seen good uptake and the convenience of not having to put in a pin, swipe or sign has obvious crossover to the home market, where not having to tap in a code, or fumble with a key when your shopping bags are getting heavy, has strong appeal.

Indeed, GD Rutter’s Nick Rutter explains that, although the company has tended to stay away from keypads and electronic locks, the benefits that NFC and smartphone interaction has to offer the category have it looking to expand into this area.

“People are reluctant to change what they’ve got to something new and the growth is more likely to occur in new builds and housing developments where default systems would now be an electronic lock rather than a key lock.”

“The disadvantage with keypads is that they sit on the outside of the door and, with New Zealand conditions and not being able to control what doors they are put into you run the risk of the warranty being voided because the door has a groove running down it and the weather gets in. NFC on the other hand has no moving parts on the outside, and it’s less likely that moisture will get in as they are a fully sealed unit,” Rutter says.

ASSA ABLOY is also looking at NFC, says Philip Gale: “NFC is absolutely the direction the market is going. The demand is there and New Zealanders move pretty fast with that stuff.”

Over at Allegion, Jeff Bennett feels that a little patience is needed to see what technology will be most prevalent in the market: “We currently have a lock that works with systems that can integrate into smartphones in the residential sector and globally we are working on devices that work with NFC and smartphone capability that will be coming through here soon. But that space is changing minute by minute and it hasn’t really hit yet,” he says.

“For example Apple hasn’t enabled NFC on their phones globally so, while you still have Android which is a massive part of the market, Apple is still sitting there. The iPhone 5S didn’t have NFC in it but the 6S is rumoured to have it and October is when they are looking to launch.

“And I think the point at which we see NFC capable and compatible products coming to market, not just in our space but across the industry, will be once Apple launches NFC. And I imagine there are a number of companies waiting for that to happen because all of a sudden it’s a mass market that is all on the same protocol and has a huge flow through to multiple aspects.”

LSC’s Pat Quinn feels that, while NFC and similar touchless technologies are simply a natural progression for this space, it’s not a new idea. “We were looking at electronic access control systems about 3-4 years ago that you could work through a cellphone and smartphones now have apps that will operate certain systems – we are well aware of them and are agents for a couple of products already.

“So this trend is as natural as computer development – just a normal progression through new technology – and you could say that within five years, all new houses and housing development may have locking systems that are accessible from your smartphone or whatever device is available and that’s just the way technology is going now.”

BUT IS IT SAFE?

While a distrust of modern technology is sometimes warranted, Salto Systems’ Scott Barber points out that often one advance in technology is needed to counter another if it is used for nefarious purposes.

The recent development of 3D digitisers – which enable an object (like a mechanical key) to be scanned in 3 dimensions producing a 3D CAD model that can be used with a 3D printer to make a physical copy – is of particular concern to Barber.

“The worry I have is the misuse of technology regarding 3D digitisers and printers as I have worked with the police in security and seen how criminals operate. So you really need more than just mechanical keys these days, especially for sensitive materials.”

Barber explains that one of Salto’s most popular products uses a combination of mechanical keys with security chips built in to cover security bases in small to large business set-ups.

Over at ASSA ABLOY, Philip Gale also feels that a solution offering a hybrid of mechanical and digital technologies is an excellent way to transition residential consumers over to an electronic option. “In the past there’s been a lack of trust in battery powered electronic products to provide you security but now the quality in the products has come so far and it’s really proven itself,” he says.

“There is also a concern that the battery will go flat so we have always made sure that the locks we have brought into the market have either had a battery or key over rides or both. Also popular is multiple ways of opening the door so you can use a key, a card, or punch in a code so it suits every person’s requirements.”

While big box retail hasn’t seen the best results from consumers last year, Philip Gale has seen significant interest in the electronic options on the Yale website which could be attributed to the wide amount of background information that consumers may not always get on the shop floor.

“I would say that some consumers may not be finding a complete solution and a lot of them are starting to go online as it gives you a good rundown on the product and the specs on it. So now we are getting a lot of interest on our Yale website with consumers looking at out digital door lock options and we can see this in the amount of visits but also the amount of enquiries on who is stocking them and what the best option for them might be. So we can see that we will be releasing more of the products in that line because of the demand for it,” Gale says.

So while there are plenty of reasons for Kiwis to upgrade their safety options it sounds like new houses will be the ones where the big changes occur and change the average Kiwi’s perception of electronic security solutions across the board.

Eventually perhaps word of mouth will filter through to the refurbishment sector as well? We may just have to wait and see.