We have the tools to rebuild it

Last year’s look at power and hand tools focused on the slow process of the sector building itself back up. This year the pace has picked up and seems to be a significant step in the right direction. How is the market faring in its attempts to build itself up again? Phil Weafer reports. 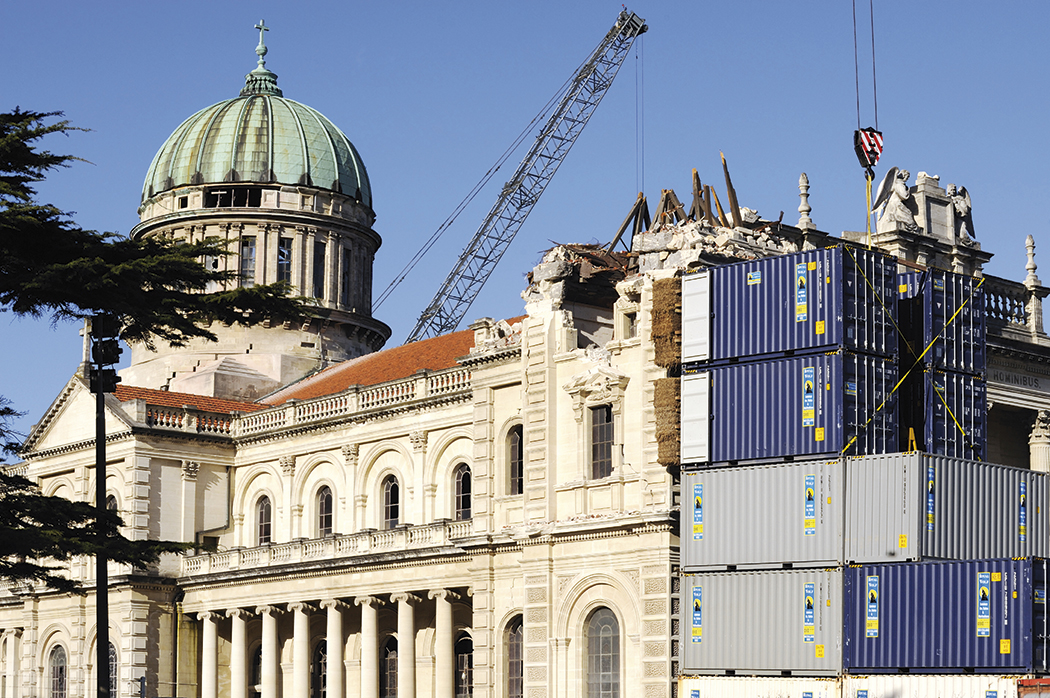 Construction and with it demand for power & hand tools and accessories is on the way up again. It goes without saying that although the dizzying heights of 2007/08 are still a while away, the last year has been strong enough to boost morale and create a buoyancy that hasn’t been there in recent years.

Stronger merchandising campaigns, new products and a general confidence about the market have been just three of the many factors behind the sector’s resurgence. But the sun isn’t shining everywhere – we hear that the dark cloud of parallel importing is still hanging over the channel.

The tail end of 2013 and the early signs for the first quarter of 2014 appear to have delivered positive results across the board.

“We’ve had a major increase in business over the last 12 months in particular whereas last year was pretty much in line with the year before – there was very little in the way of growth. But this last 12 months has been double digit growth,” says Toolware Sales' Aaron Bell. He continues: “the reality is that the success is really driven off the building industry. As long as we sell trade quality tools and, as long as the building industry is lucrative, we ride that roller coaster as such.”

Over at SNAE and Bahco, Neil Pinkerton is ecstatic with the turnaround the company experienced from the latter half of last year onwards. The first half of the year was tough for Bahco, as it was for many tool suppliers, then from July onwards there was a welcome upturn which saw the year end really positively.

And Neil Pinkerton forecasts this success will carry over to 2014: “We’ve ripped away to a flying start. In January we were 22% above last year and February has been really strong as well. Looking ahead we’ve got lots of activity happening in March and I think the first quarter at least will be very strong. I think that’s a general reflection across the market.”

Accent Tools’ Andrew Way also feels that the market has improved over the last 12 months. “It’s definitely sped up. Basically from March 2013 onwards we’ve seen quite a steady increase in business, things have certainly been busier and that’s continued into 2014 so far.”

There are three aspects to the success that Accent Tools has seen, he says: the lift in the general market; the growing buoyancy of the construction industry; and the advances in technologies and new products that the company has introduced. These factors apply across the board, however Andrew Way is also quick to point to the strong messages the company has put out with regards to its Hitachi products through merchandising and marketing as other key drivers of demand.

LOOKING AT THE LONG TERM

One factor behind the general positivity around the building industry has been the increase in the number of building consents around the country. The consensus among the suppliers I talked to is that although these consents certainly affect general optimism in the market, seeing more lasting effects is a longer term proposition.

Greg Stevens at Patience & Nicholson says that Auckland certainly appears to be the area that will be most buoyant in the coming months and years, even as the earthquake rebuild slowly takes shape.

“The Canterbury rebuild, while it seems to be moving ahead, I don’t think that people in our area of the market are picking up too much business yet because it seems to be the bigger stuff, the machinery, slab wall, that sort of thing. That’s the feeling I got when I was speaking with our major customers down there.”

Neil Pinkerton also says that the rebuild is moving along slowly but there is business there, and that there is a lot of activity in Auckland. “I think there is a general good feeling around the country about the whole thing.”

Talking about the effects that the increase in consents has had on the business for Accent Tools, Andrew Way says that the majority of the benefits are in the long term but in the short term the mood around the market has picked up: “There is a positive attitude in the market. It has somewhat snuck up on us from October last year into the new year and it has blossomed into an enthusiastic market and network of dealers.”

While there is well deserved (and much needed) sense of optimism and buoyancy around the market, many of the suppliers I spoke to also emphasised the need to be cautious and take as much from the tough times that the market has experienced until recently as possible.

This outlook echoes opinions that companies which have learned from the hard times in recent years will be in a better position to reap the rewards of a bullish market moving forward.

“The older generation will look back and say that was nothing we’ve seen it before, but certainly my generation has had to go through a tough, prolonged lesson, and we need to make sure we don’t forget what we’ve learned and capitalise on the good times.”

Managing expectations is also a topic that I have heard from suppliers. Ray Boyd of Simpson Strong-Tie speaks about the improvement the company has seen over the last 12 months and says that, although clichéd, it all comes down to sales: “Everyone has got great expectations and it’s all about turning that into direct results, that’s what the big challenge is.”

The initial wave of parallel importing that affected many of the suppliers in the chain was a result of the global depression around the world, not just here in Godzone.

The US market’s depression had a direct correlation with importing to New Zealand as the strength of the Kiwi Dollar allowed importers to land products and take advantage of the end users and consumers looking to stretch their dollars in the tough market. With the US market struggling to such a degree, there were huge quantities of excess stock being offloaded. As Andrew Way puts it: “The stars aligned for the parallel importers.”

Still, while some companies have been affected more than others, it appears that parallel importing has not had as major an impact on the market as it has in recent years. Many of the issues are still around power tools, but hand tools have also attracted the attention of unofficial importers.

Aaron Bell of Toolware Sales points to the ease of purchasing online as a big factor behind parallel importing. He feels that end users new to the market are particularly susceptible: “It still happens and it’s still something we battle with ourselves. It will never leave the market, the fact that the world has become so open with no real barriers in terms of the markets anymore. It’s becoming more and more difficult to control your market when someone can go online and place an order for an item that will be delivered 2 to 3 days later from anywhere in the world.”

The accessibility issue is something that Neil Pinkerton at SNAE also touches on. With so much information readily available and international delivery so easy, consumers are finding it easier to obtain goods: “People have got access to a lot more info and products than they have historically, they know more about exchange rates than they ever have.”

Parallel importing may be just a fact of life these days but it can also be a distraction. Neil Pinkerton continues: “You can get bent all out of shape about it but look it’s a small world we live in now. The internet is a great thing, though, you’ll always get someone trying to get in and muddy the waters but if you’ve got a strong brand and a good marketing you should be able to get around it.”

But it’s an issue that isn’t going to go away all of its own volition. Says Andrew Way: “We took a significant amount of time from important aspects of our jobs such as supporting our dealers and supporting our market to fight these parasites.”

Part of the hardware channel’s armoury in “fighting the parasites” is service and consumer education – product knowledge and advice. Consumers may have more access to information than ever before but Neil Pinkerton for one warns: “You know the saying ‘a little knowledge is a dangerous thing’?

“People whip onto the internet and see things and get excited about it but don’t quite understand fully what the implications of things are – so we still spend a lot of time training staff in retail stores, it’s one of our key things that we do all the time.”

Better educated retailers and merchants means a better educated marketplace, which can not only help marginalise the issue of parallel importing but actively boost sales. Andrew Way says: “Across our dealer network, the merchants that have truly committed to having knowledgeable staff are doing much better, especially with higher value product that they are converting into sales. They are lifting the average spend by solving the consumers’ problems or satisfying their need for product with the right solutions.”

Aaron Bell at Toolware Sales says there should be more emphasis placed on the education of younger tradespeople in the market: “It’s important to educate the new, younger customer that’s coming through,” going on to explain that as a result of the market suffering, many of the elder statesmen in the trade have retired and the passing on of hard won knowledge is simply not happening like it used to.

So while the much anticipated and very welcome ongoing surge in building consents may have not yet turned into sales, the general air of expectancy and buoyancy is certainly reflecting well on the sector. And sales are already up on last year, so this renewed growth should make the market for power and hand tools an exciting one looking forward.