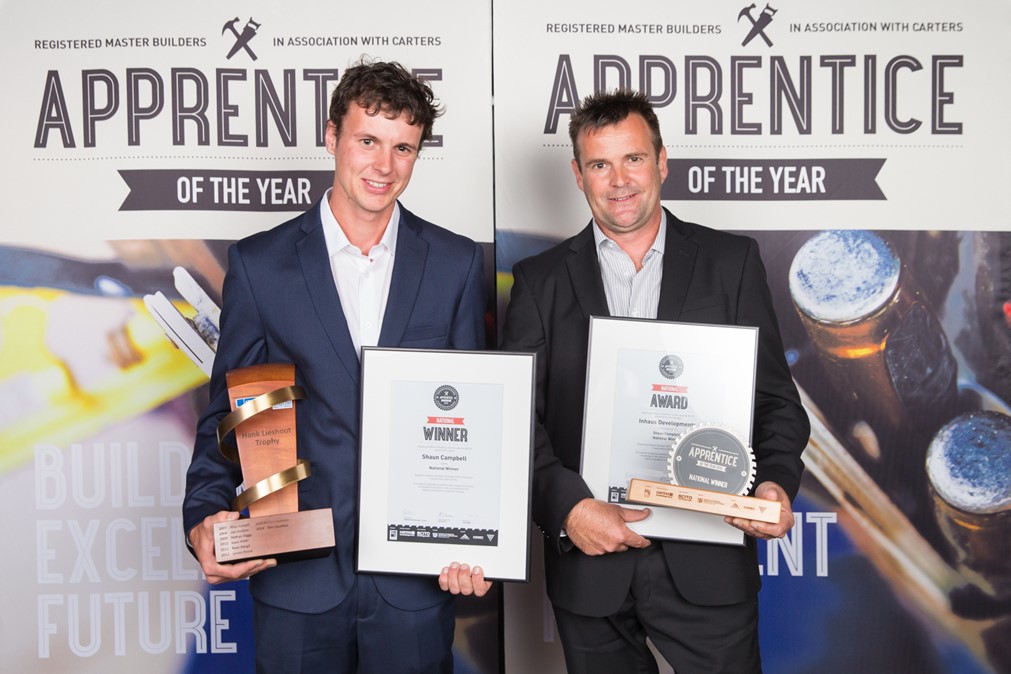 In October, Shaun Campbell, from the Upper South Island Region and employed by Inhaus Developments , took out the national award at the Registered Master Builders Carters 2015 Apprentice of the Year competition.

Shaun is seen above with his father - and employer - Russell Campbell.

The 10 national finalists put their skills to the test building a children’s playhouse, to be gifted to a local charity. Shaun’s playhouse won the judges over, and will be donated to Head2Head.

Matt Booth, employed by Excel Builders in the Central North Island Region, was placed second in the competition. Bryce Pemberton, employed by Fletcher Construction in Wellington, was third. Both were trained through BCITO.

Registered Master Builders Chief Executive, David Kelly, says he was thrilled to see 145+ young apprentices step up to compete in the national competition this year.

Owned by the Registered Master Builders Association, the Apprentice of the Year Competition is made possible thanks to Carters, BCITO and supporting sponsors MBIE and APL through their Altherm, First and Vantage brands.