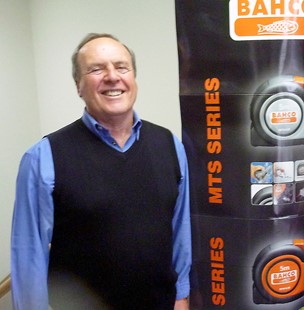 We asked him what he was most proud of during his tenure: “I’m proudest of the inclusive culture I’ve helped develop and nurture. We’ve hired young guys straight from school. I’ve overseen their training and supported their progress.

“With 10 staff and a turnover of approximately $8 million I’ve helped build a sound business [but] it’s timely for Craig Wymer to step up and take it to the next level.”

For himself, Neil Pinkerton has started a consultancy agency called Argyll (reflecting his Celtic heritage!) and fittingly starts his new life with a project for BAHCO. Anyone wanting Neil’s obvious marketing skills and experience can contact him at neil.pinkerton.np@gmail.com

Kirk Hope is the new Chief Executive of BusinessNZ. Currently Chief Executive of the NZ Bankers’ Association, a barrister and solicitor, he was formerly Executive Director of the Financial Services Federation and a member of the Commercial and Business Law Committee of the New Zealand Law Society. Starting in February, Kirk Hope succeeds Phil O’Reilly who is leaving the position after 11 years for a public policy consultancy role in Wellington.