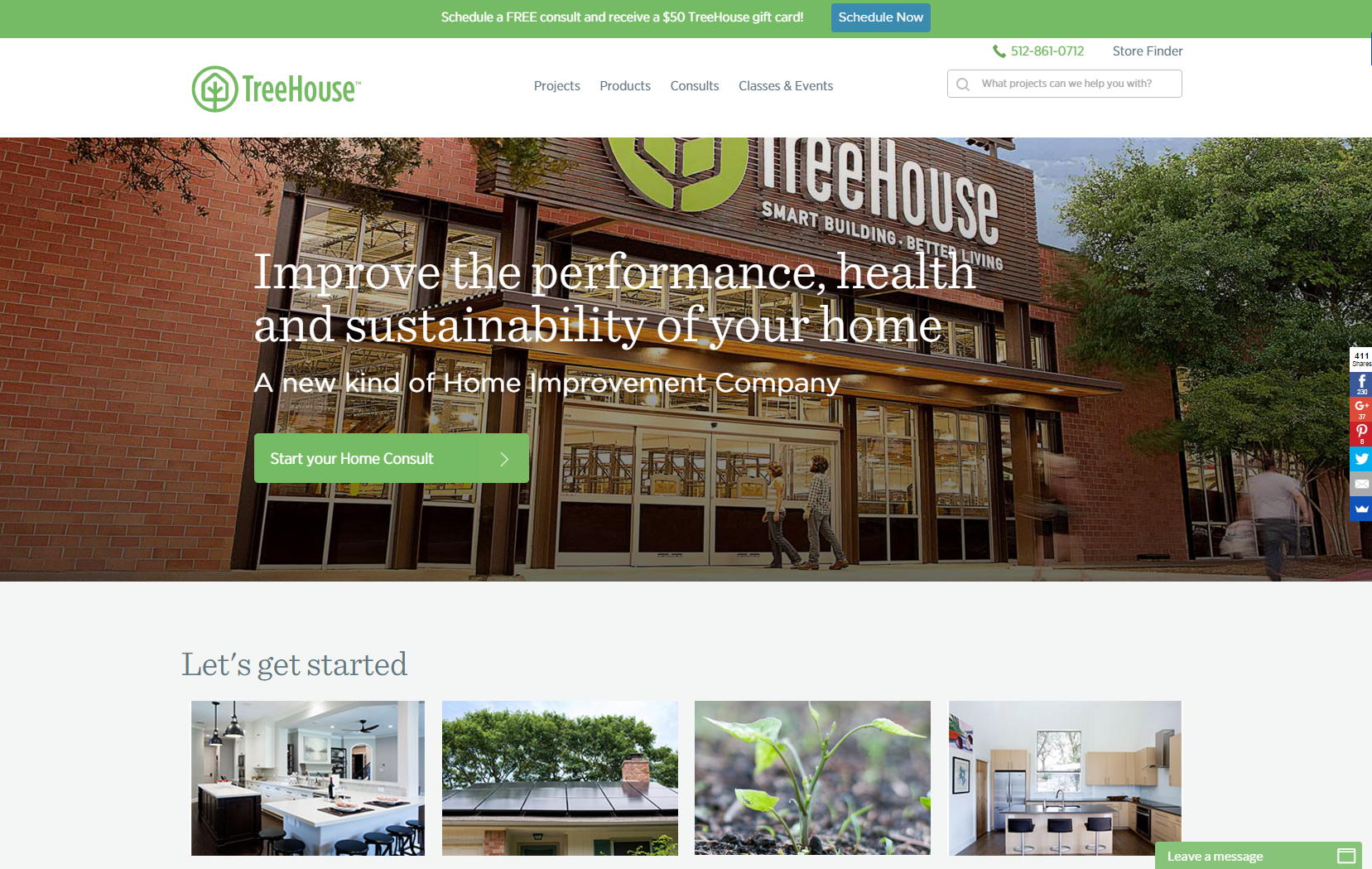 TreeHouse is the store in question. It’s an eco-conscious home improvement store – “a hybrid of retail plus home solutions” – it’s growing (estimates put sales at around US$10 million this year) and it’s attracting the attention of both consumers and suppliers.

Indeed, in a recent article, the famous Inc magazine called it “The hipster hardware store that has Home Depot scared”...

Hyperbole or no, two instances that further quantify how different TreeHouse is, include it reportedly being the largest single retailer of Nest products and acting as Tesla's sole retail partner for the launch of Elon Musk’s Power Wall home battery.

The store has deliberately broken out of the traditional US home improvement mould, to the point where this year TreeHouse even closed its doors on Black Friday, the sales-fest after Thanksgiving.

To help you get a flavour of the store’s outlook, Jason Ballard, TreeHouse’s President & Co-Founder, says of this decision:

“The absolute value of time with cherished people, a collective period of gratitude, a short cessation of shopping, a refocusing of affections, and time away from work will, in the long run, advance the mission of TreeHouse (healthy homes in a healthy world) more than the money we could potentially have made on that day.

Inc magazine says TreeHouse is “creating a Whole Foods for the DIY set” – responsible retailing for (some of) the masses, in other words, like Whole Foods Market (www.wholefoodsmarket.com).

TreeHouse also bucks accepted home improvement retailing by attempting to minimise inventory, choosing instead to concentrate on the in-store experience, education and information.

It has adopted that approach, having decided to be all about “curated products and services that promote healthful and sustainable spaces, with an emphasis on high performance and design”.

Setting aside costly floorspace to create a light and airy, educative environment is possible because, emergency needs like light bulbs apart, most products ship direct from the suppliers.

Sounds great but will it fly? Three years since it first opened, TreeHouse’s founder-owner says it’s all or nothing and that the operation will either become huge – or fold completely

Still, TreeHouse recently raised US$16 million in funding from some well-known US entrepreneurs. This will enable two more stores, technology development, an e-commerce launch and a product incubator.

So possibly we ain’t seen nothing yet and Jason Ballard himself says there’s more to come: “We’ve learned a lot since opening the Austin store in 2011 and can’t wait to build a store that will incorporate all that knowledge,” he says.

“We think we’re up to something very special. This next store will be a new type of retail experience – a real game changer.”