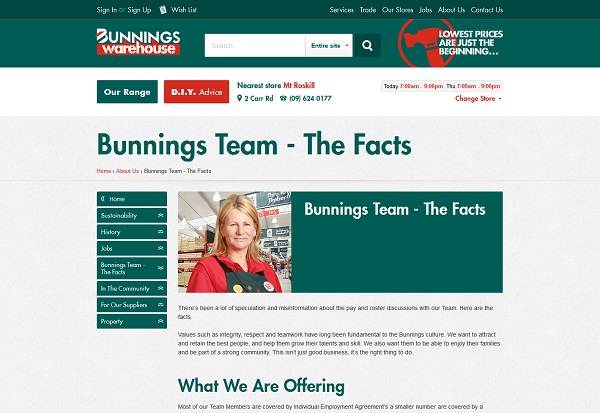 The disagreement between Bunnings and First Union continues as the issue goes into mediation.

To put the issue into context, most Bunnings team members are covered by individual employment agreements but "a smaller number" (some 14% we believe) are covered by a collective agreement and represented by First Union.

Discussions towards a new collective agreement started in the middle of this year.

A key issue appears to be what First Union says is Bunnings wishing to "chop and change" and "impose" work rosters, which Bunnings denies on its website in a statement from NZ General Manager, Jacqui Coombes.

Without an agreement in place so far, First Union says to expect disruption for Christmas shoppers.

During an interview with NZ Hardware Journal, Jacqui Coombes explained: "The deal that we have offered I truly believe - and I have said it openly - that it is an industry-leading offer and that is really important for us long term...

"It is really important for us that all our team have the same and they get the same benefits.

"We are having these conversations but what we can’t do is let it take over our business because, at the end of the day, we are all shareholders and if we all grow the business we all benefit from that."