If you build it they WILL come

The word for the tools industry is that the market is doing well as construction in both commercial and residential continues to reach new levels. Jess Brunette reports. 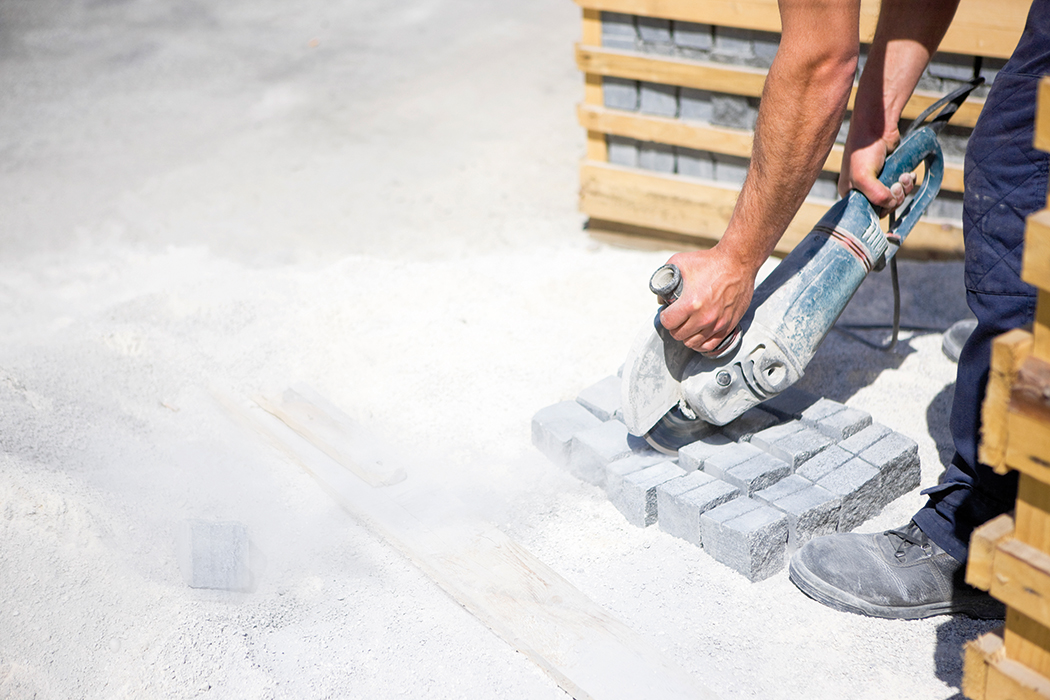 Accent Tools’ Andrew Way has seen a buoyant market in the past 12 months with new technology coming on stream receiving a strong reception from his clientele. Way reports that cordless tools have continued to do well and that the icing on the cake has been increased interest in heavier and higher value tools for the trades.

“A big focus in terms of this year is corded tools and that’s really positive for us as we are seeing a massive increase in demand for heavy applications that we haven’t seen since before the GFC with big commercial activities going on. And, as the trades are getting busier and busier they remember the benefits of having decent gear and ultimately the idea of having a tool is to do their job better or faster and we are really seeing people talking the talk.”

Andrew Way has seen big uptake in rotary hammer drills and compact mitre saws which he feels indicates construction in New Zealand is reaching a new level of development. And this has changed Accent Tools’ product offering from recent years.

“I think all of the power tool companies are guilty of focusing on cordless too much. Because there has been so much development and change within cordless we have all had things to talk about and promote but still in the background there is still a massive market for power tools that can’t be run on batteries, heavy duty angle grinders and drills, all that traditional stuff which is still a massive market,” he explains.

“So now the market itself is saying we genuinely have a need for heavier gear and the market has been lifted – not by marketing but by sheer demand with concrete having to be poured and drilled and timber needing to be cut.”

Andrew Way has seen strength across the board in industries like engineering, construction maintenance and transport with demand for heavier tools suggesting bigger projects on the horizon.

“These heavier tools are going into areas where they are either doing a lot of residential stuff or commercial projects as you don’t typically need demolition hammers when doing one house,” he says.

Also benefiting from advancing construction projects is Simpson Strong-Tie’s Ray Boyd who has seen year on year growth for Quik Drive tool sales. While this level of demand has come as no surprise to Boyd considering the housing projects underway in Auckland and Christchurch, there have been some surprises as well.

“We thought we might have a bit of success with our bi-metal range,” he says. “What we didn’t expect was the massive uptake on the product,” Boyd says. “We were fortunate enough, however, to hold extra stock to cover the demand and then place further production runs. So it’s definitely a positive problem to have.”

Senco’s Mark Glidden also reports good growth from New Zealand’s housing industry: “Sales of our tools have accelerated dramatically as we supply both tools and fasteners so we can supply the complete package in contrast to some of the other tool companies out there.

“Also we are more specialised in that we focus on the trade and in offering them full packages including screw and screw guns for example,” Glidden says.

“We grew by nearly 40% last year and a big part of that is fasteners driven along by the housing industry as we supply a lot of the pre-nail plants but then when you look at our tool sales that’s been significant too. So there are builders out there that are upgrading their tools in the back of their vans.”

OUT WITH THE OLD

New product innovation is also touted to bring further growth to Senco within the tool game as well as giving significant benefits to New Zealand builders. “We have a fusion nailer which uses compressed nitrogen shooting 250,000 shots on one cell where with a traditional butane model you have to put a gas cylinder for every 1,000 shots.

“The old butane gas gun has been around since 1986 and it’s like putting lipstick on a pig – things haven’t changed much internally. They look a little sexier but they are still using the same tech. So with the fusion nailer the tool, the running cost, and the consumables are all cheaper than the butane model so it’s very much a value proposition,” says Mark Glidden.

Also reporting a healthy market is Paslode’s newly appointed Senior Product Manager Daniel Birch. Although he has only been in the position for a few months, he has already reported success for Paslode’s rural brainchild STOCK-ade with existing tools and a new fencing stapler proving extremely popular at the recent Northland Field Days.

“We had really great feedback from the show and sold close to 20 tools over the three days which was great,” Birch says.

OF BATTERIES AND EXCLUSIVITY

Corded tools is one thing but over at Bosch, Arif Yildirim has seen the company’s focus on improved battery life and performance for cordless tools pay off. I asked Yildirim whether Lithium-ion batteries were truly the only player in the hands of professionals.

“Amongst tradies the penetration is about 90% Lithium-ion. 10% might still have NiCad batteries that they might have had for ages but everyone is switching to Lithium-ion as they are more affordable and in the long term are better value for money.”

The type of tools doing well in the Bosch camp include circular saws, jigsaws and multi-tools with impact drivers and drill drivers also proving popular and the company’s massive range of accessories has also been doing well in both international and national markets.

“The advantage we have is very specialised blades and accessories that no-one else has but also we aren’t exclusive to anyone so we are everywhere which really helps to get the brand out there,” says Yildirim.

I asked Yildirim what he felt were the pros and cons of a non-exclusive position.

“The issue you have when you go exclusive is that you get dominated by the retailer. And it can be difficult because everyone wants to be the cheapest but, having the leverage of being everywhere gives you the strength to go: ‘no, we can’t have this’ or ‘no we aren’t going to go low on price’. But in the end Bosch stands for quality not price,” he says.

WHAT GOES UP MUST COME DOWN?

So far the market sounds positive but it’s always a good idea to be prepared for the worst so are there any issues in the tool market that are keeping the major players on their toes? One obvious issue for many is the mighty US Dollar and Andrew Way from Accent Tools for one has been keeping his eye on the ball in this regard.

“The US Dollar is a big stress. Ultimately it’s out of our hands but it’s just a matter of how long we can delay it – this is something we have been working on since September last year where our strategy was to invest heavily and deliberately overstock ourselves.

“It’s a gamble as you don’t know where it’s going to go but our best advisors told us it would continue to slide so we bought up and have been able to hang on until April. So it has cost us a lot more but we have delayed the inevitable by about four months,” Way says.

Senco’s Mark Glidden also finds the US Dollar a source of stress looking ahead: “The issue is that some customers think that they should be immune to price increases, which is the most startling revelation.

“When the Dollar crashes someone’s got to pay for it and the attitude of some people is that the importer or supplier should absorb that into their margin but it just doesn’t work like that. So some of our customers are being a little unrealistic about that,” he says.

The vagaries of currency movements apart, some are looking ahead with optimism. Simpson Strong-Tie’s Ray Boyd in particular is pleased to hear that new laws regarding warranties could play in the company’s favour.

“Over the last couple of years we have seen the generic copy product playing in the market but don’t expect that to continue for much longer with the new product warranty program being in play,” Boyd says.

“As a company, Simpson Strong-Tie spends millions of dollars on R&D globally across all of our products so we can meet the high standards the construction market expects and it’s difficult to see offshore copy products being tested to the same rigorous standards required to be used in the future.”

So while things are looking good in the tool game now, those who do best will have a keen eye on the US dollar and

be ready to meet the needs of tradies who have been waiting for the chance to splash out on some new gear. So, are you ready?