Will you be into BIM or last year’s model?

Building Information Modelling (BIM) is billed as the next big step towards building cheaper better and faster – what is it and where’s it at? Steve Bohling reports. 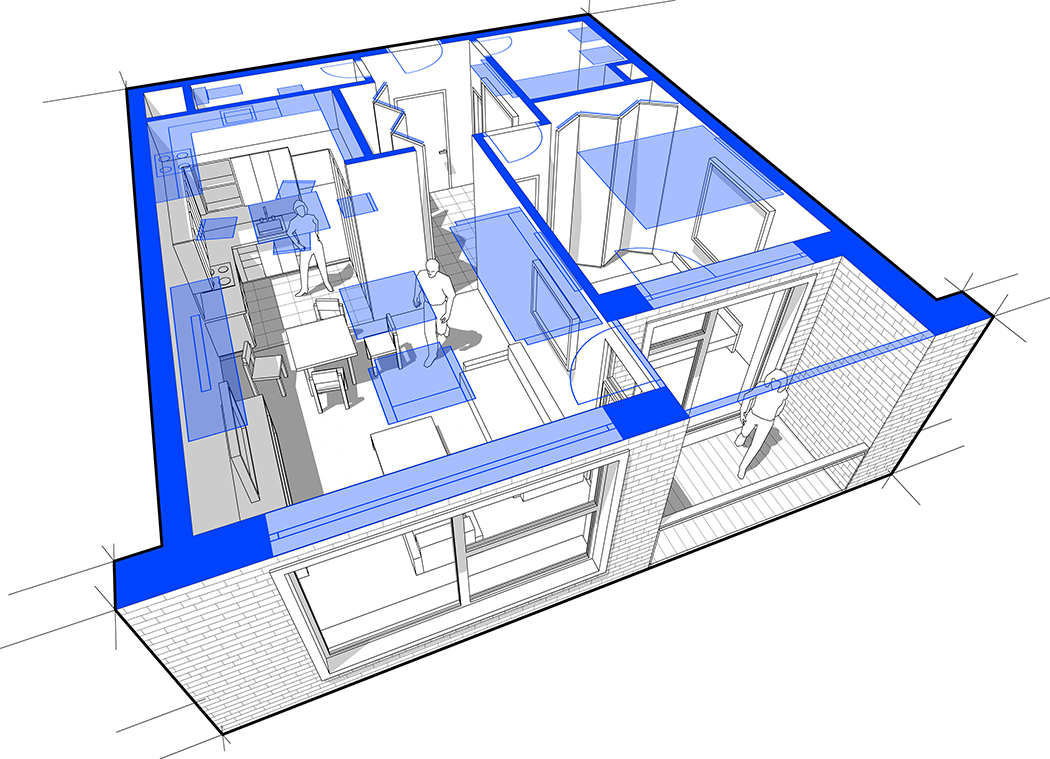 Building Information Modelling (BIM) has been called the biggest paradigm shift in building design and construction since the adoption of CAD.

Indeed, the foreword to the New Zealand BIM Handbook which came out in the middle of last year says: “Few things have the potential to impact as positively on the performance of New Zealand’s building and construction sector as BIM...

“Of all the improvement initiatives investigated by the Productivity Partnership, BIM is the only one that holds the promise of a step-change, rather than an incremental, gain in productivity.”

The Productivity Partnership believes BIM is “key to achieving a step-change in productivity” and has put in place a BIM Acceleration Committee “focused on accelerating the uptake of BIM in New Zealand” to push things along.

Established early last year, this Committee is an offshoot of the National Technical Standards Committee, which is overseeing the development of open industry standards for building and location data. This is key to ensuring that BIM and other digital tools used by the building and construction sector are interoperable.

Wow – but isn’t this Big Picture stuff that doesn’t really apply to the builder’s supply sector? Possibly, but only for now – let’s take a couple of steps backwards…

What exactly is Building Information Modelling (BIM)? Simplistically, BIM is an extension of the types of CAD systems currently being used to design and document buildings.

BRANZ defines BIM as the “digital representation of [the] physical and functional characteristics of a building to allow ready access to information by all parties”.

To a 3D building model, BIM adds information about building systems, materials (and eventually even specific branded products) into the same computer file that has been used to create the drawings.

In this way BIM can eliminate clashes at design stage, ensure compliance through preloaded building code information, allow more prefabricated elements and enable modelling of a building that will have a lower environmental impact.

Once a standard around BIM has been set, it allows building designs to be shared between the various teams working on a building – designers, facility managers, subbies and even builders’ merchants when some work currently in train in New Zealand comes to fruition.

This means that, at some stage yet to be defined but within the next 5-10 years, contractors will be able to use a BIM model to stage and plan a commercial building or apartments or even conceivably a house, ordering products and materials for delivery on-site based on the information embedded into the model.

Possibly you’re still thinking “Umm, is this really relevant to New Zealand merchants?” And indeed the Productivity Partnership admits that BIM adoption is still only “slowly on the rise in New Zealand”.

But, closer to home for the merchants reading this article, BIM was named as significant among the key future drivers of change and increased efficiency raised by the guys at PlaceMakers Frame & Truss a few months ago (see the February 2015 article “How to nail it in frame & truss”).

BIM will be the standard around the packaging of information in a digital form that can be transferred around the country (or the world come to that) so that F&T detailing for example can become less subject to human error and CNC cutters can take data straight off the plan – providing the data files are correct!

Accuracy and interoperability are the nub of the matter in BIM and are the subject of quite a bit of work behind the scenes from something called the NZ BIM Industry Metadata Standards Initiative which was established last year to work towards setting a BIM metadata standard for New Zealand.

In a blog on the Productspec.net website, Chris Boyle, a member of the BIM Industry Metadata Standards Initiative and Winstone Wallboards’ Commercial Market Manager, talks about the Initiative’s key goals, one of which would be achieving a standard that is “agnostic to systems, products and software”.

That’s “agnostic” as in not brand- or platform-specific – meaning any supplier of products could create an object or library of objects to be injected into a building plan created by almost any software with a full set of physical and other attributions, having employed the metadata standard to identify its key characteristics, down to colour and price.

During 2015 it sounds like there will be more inclusive developments on the metadata front which we encourage merchants and suppliers to become involved with.

WORRIED ABOUT COST OF COMPLIANCE?

“But this smacks of GS1” we hear you groan, and will present suppliers with significant extra work before their products can be plugged into an object library.

Despite its growing adoption over the last few years, I suspect that many still see GS1 as a necessary evil and I further suspect that merchants and suppliers may also regard product-level BIM metadata in the same way.

The difference is that BIM will be a national standard, agreed at the top level, and not dependent on a merchant’s decision to adopt or it not.

And, if Government adopts the use of BIM across all of its built environment endeavours, from roading to social housing, as we hear it may, there’s your incentive: no BIM compliance or object library, no chance to tender…