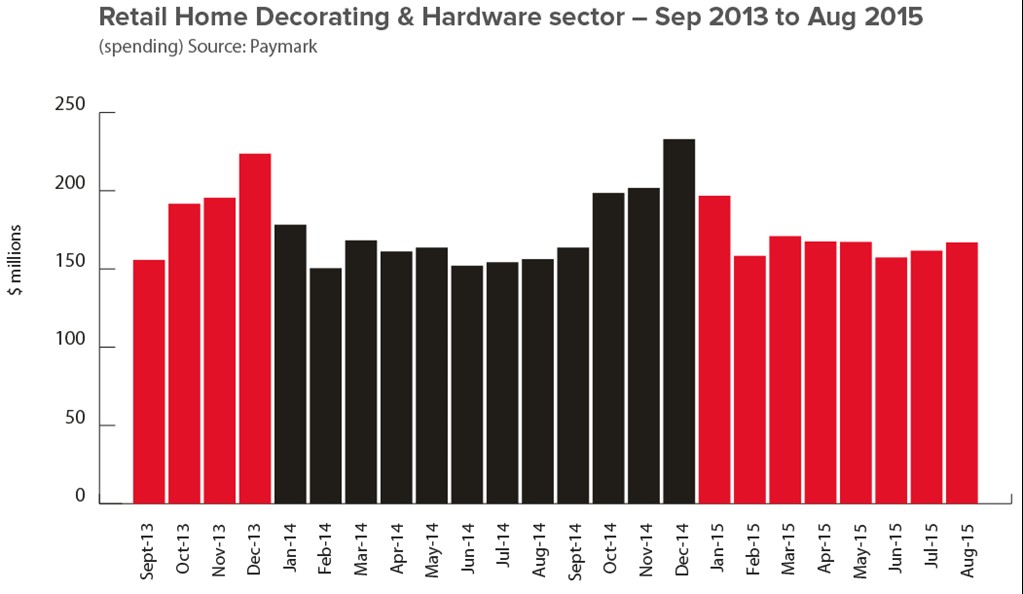 Following the same sort of pattern as last year, spending in the Retail Home Decorating & Hardware sector through the Paymark network (www.paymark.co.nz) is trending upwards as spring approaches.
The latest August month for example shows spending of $167 million (+6.8% on August 2014), across 2.03 million transactions (+6.7% on August 2014).

Calendar year to date, $1.35 billion was spent in the Retail Home Decorating & Hardware sector, compared to $1.28 billion for Jan-Aug 2014. 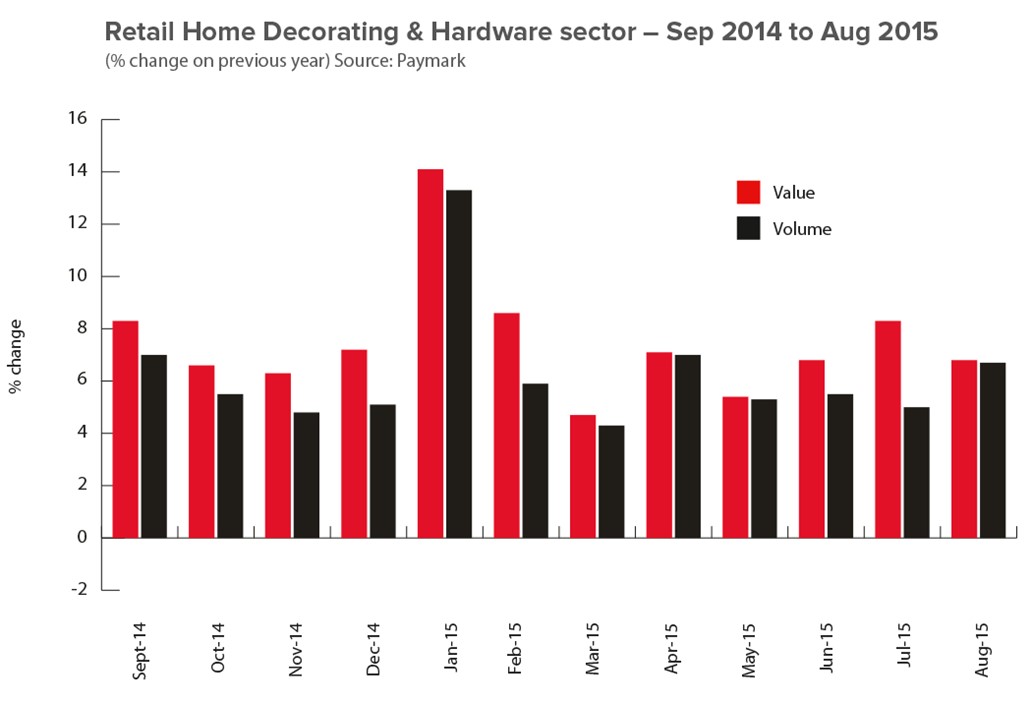 Channel debt remained quite steady throughout August, albeit with a small drop in total debt (to $1.46 billion) associated with slight improvements in debt ageing.

Rain delayed play? – All this suggests that the recent bout of wet weather slowed construction in some sectors, although the bills are still getting paid with similar regularity as per July, adds Alan Johnston.

Overall there was little change in debt ageing figures, with overall DSO rising slightly from 47.60 to 47.65 days in August. Only the concrete sector showing any signs of deterioration in payment terms, but this was minor (+2.2 days) in the context of Days Sales Outstanding. 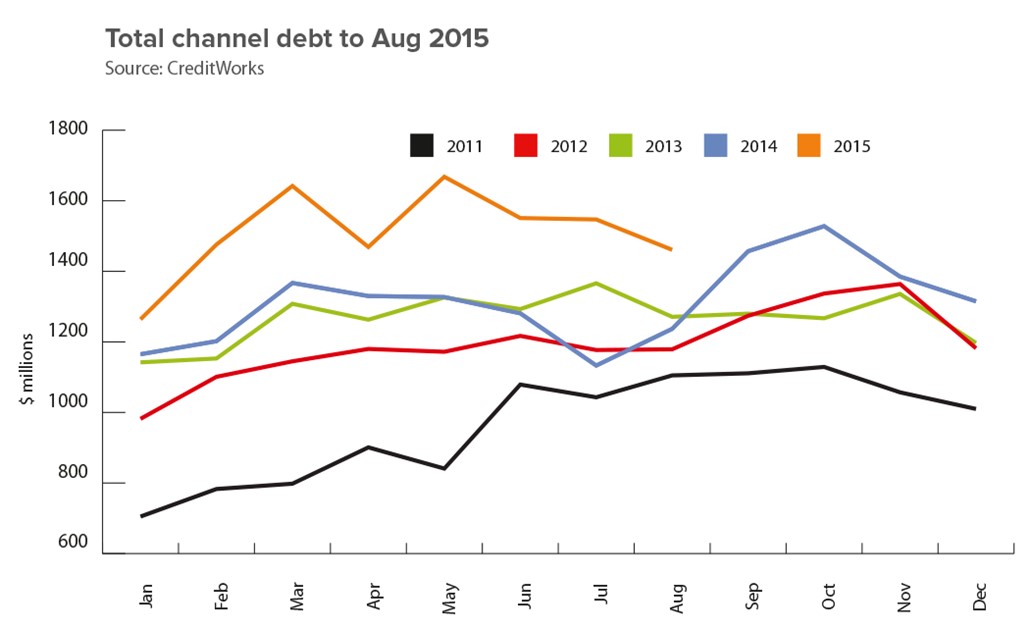