Then as now in NZ Hardware Journal October 1985

Looking back in NZ Hardware Journal to October 1985 - what was the buzz 30 years ago?

In an article entitled “110 years off the price of hardware”, the October 1985 issue of covered the opening of the Nees Homecentre in Lower Hutt (above).

Why 110 years? Because the Nees family started out in hardware in 1875. One of New Zealand’s first “hardware supermarkets”, the massive store opened its doors on 28 September 1985, offering some special prices as they would have been back then!

And interest was high – we reported that there was never less than a thousand customers in the store at any one time during the opening festivities, attracted by, well, the super-low prices dotted around the store of course, but also the promise of a string quintet and silver service…

At 30,000ft2 / 2,800m2 of retail space on a 45,000ft2 site it certainly was a substantial offering for the time, to the point where NZ Retailers Federation’s Barry Purdy called it “without a doubt the finest new hardware store in New Zealand”! 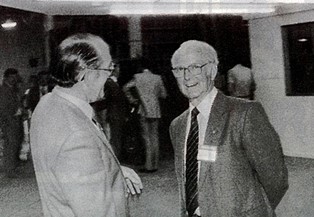 Modelled on best practice in Australia and the UK at the time, the extremely broad stock outlook spanned fundamental building materials, a garden centre, kitchen and bathroom showroom areas, decorative items, giftware and even a store-in-store leased to Flooring World.

Arthur Nees was Governing Director of the operation (left) but his son Craig (below) and nephew Alan Nees – the 5th generation! – were equally if not more instrumental in driving the new big development. 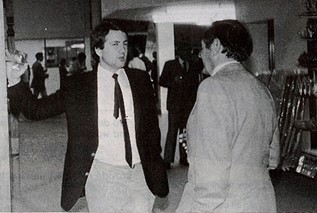 Although almost indelibly linked with the Mitre 10 brand in more recent years, the Nees operation would not join Mitre 10 until 1986.

In 1993, after almost 120 years in hardware, Mitre 10 NZ bought the then troubled firm from the Nees family and sold it on to the Lockyer family, who saw value in the operation and retained the Nees brand for some years.

Some snippets from NZ Hardware Journal this month 30 years ago:

In the magazine, an Ever Ready advert in a prime spot exhorted readers with the line “Don’t get caught with your socks down this summer”; the battery brand was encouraging retailers not to be out of stock.

Interesting to note, 30 years on, that this sensible and fundamental outlook resonates strongly with Peter Cox’s latest “Money Matters” article on inventory management (click here to view). The elements of good retail practice don’t change much, do they?