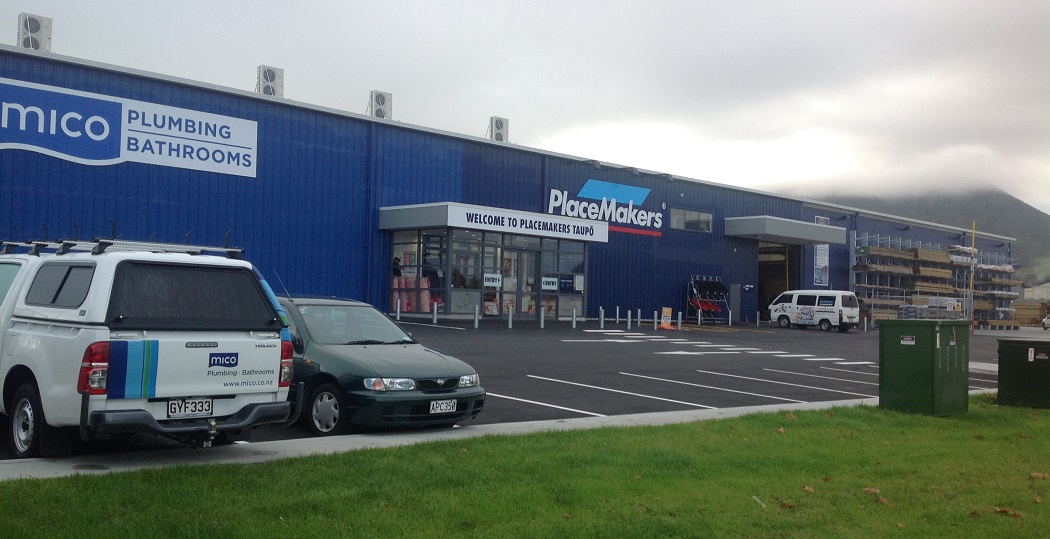 To recap, following the early February restructuring of Fletcher Building, the shape of these two divisions is now as follows:

Under the new structure, from a top line of $1.67 billion (+1%), the Distribution division’s overall half year EBIT was $64 million (+14% on last year), with the EBITs (in NZ$m) of its four key components as follows:

The blue sheds saw growth in all trade-related segments of the market and double digit sales growth in both commercial and frame & truss, while Mico also experienced strong revenue growth ahead of the market overall.

Three new PlaceMakers stores and a new frame & truss site were opened during the period, during which the collocation programme continued for Mico and PlaceMakers, with 7 sites currently collocated and others planned.

Across the ditch, Australian Building Supplies reported a loss of NZ$2 million, thanks mainly to restructuring costs and the inclusion of the Hudson Building Supplies business prior to its divestment in the prior period earnings.

Revenue from the Aussie Tradelink business was negative (–3% in AU$) “as a result of market competition” in the period, although its underlying sales margin improved.

Looking ahead for Tradelink, on top of growth in commercial plumbing, the next period could/should benefit from a new Customer Service Promise (like we’ve seen adopted by PlaceMakers and Mico in New Zealand) and a much flatter management structure which has enabled investment in more sales people and customer centric activities.