From the archives of NZ Hardware Journal. In June 1996, ITM Rotoma had just added retail street frontage and Ryobi was celebrating a Kiwi decade. “Going strong 10 years on” was the slogan designed to mark a significant anniversary being celebrated in June 1996’s NZ Hardware Journal.

Ryobi NZ’s 10th year of operation in New Zealand was marked by 260+ guests at a bash at Harrah’s Sky City Casino in Auckland, where the tool manufacturer’s 30 top retailers were also acknowledged.

Ryobi NZ started out in June 1986 with a staff of 10 and a turnover of $1.8 million in the first year. At the end of its first decade, its top line had grown to more than $14 million.

As Ryobi’s biggest customer at the time, PlaceMakers’ GM, Keith Avery (later CEO), was the night’s keynote speaker, although back then, as you can see from the team photo (below), Ryobi was also available through a range of other hardware retailers and merchants.

Today of course Ryobi is exclusive to Bunnings.

By the way Ryobi’s National Sales Manager at the time was one Guy Williams, who will be known for his work with other power tool brands of course. Coincidentally, one of the group’s members, ITM Rotoma – aka Rotoma Timber & Hardware – had been picked out as the recipient of June 1996’s Godfrey Garrard-sponsored Excellence in Retailing spot. Then as now, Paul Sumner (right, with Godfrey Garrard's Eddy Wilson) was the owner-operator. And next year is a big one: having opened the doors on 1 April 1987, 2017 will be the Rotorua operation’s 30th year!

Serving a largely rural catchment, the operation developed from being purely a timber merchant with a 3.5 acre yard on Monokia Road into a broader ranging ITM-branded merchant.

To service this new clientele, 1995 had brought with it a new “H” shaped 1,400m2 retail building including an undercover panel department, which fronted on to Lake Road on the other side of the block (top photo).

As well as remaining the biggest roundwood supplier in the area ITM Rotoma also operated its own on-site precut and pre-nail business (which we know today as frame & truss) as well as making its own farm gates and trellis, timber drying and processing.

20 years later, ITM Rotoma is no longer on the same site that joined Lake Road and Monokia Street but has moved just next door into more modern premises (see photo below).

We’re sorry to say that we failed to catch up with Paul Sumner to find out about some of the changes he and his store have experienced over the last couple of decades, but he needed to get the shearing done and farming isn’t a hobby after all. 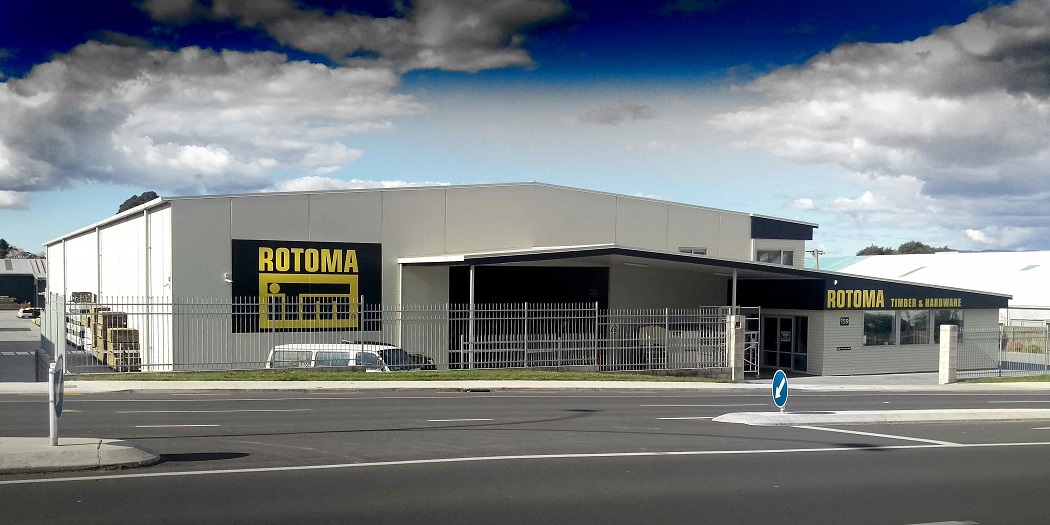