Glues, silicones, sealants, tapes and all manner of adhesives is a category that appears to be in robust health. Could legislation change things for the worse? Jess Brunette reports. 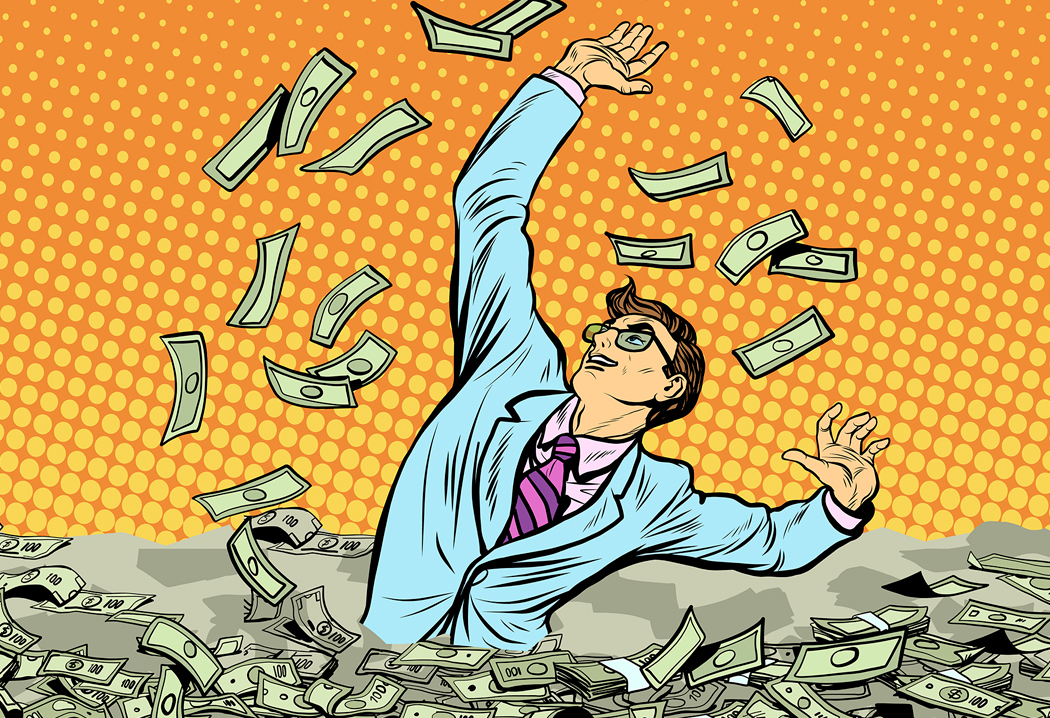 Word from the major players in this category is that more construction means more business, even if some markets are more demanding than others. A very tough Auckland housing market for example has however seen big increases for DIY renovations according to Jo Leonard, National Sales Manager Retail at Ardex.

“The market has been going great for all of our products. I think that comes down to an extended summer but also house prices are certainly helping us because in this inflated price climate even if you sell, then what do you buy? So people are staying put and turning to the renovation side of things in DIY more and that’s definitely helping our business.”

Paul O`Reilly, National Sales Manager at Bostik, is another to report “very strong” business for the company over the last 12 months with a product mix that’s changing to suit the type of construction around the country .

He says: “3-6 months ago, our success was in residential with what was happening in Christchurch. But that has now shifted from residential to commercial involving waterproofing, tiling and fire rated products rather than standard wallboard adhesives,” he says.

Having said that, Auckland and Tauranga with their burgeoning residential focus have attracted a larger slice of Bostik’s sales, according to Paul O`Reilly.

Category stalwart Neil Watkins of Selleys confirms the optimism of his contemporaries when asked about the status of the market here in New Zealand for the company’s predominately DIY customer base.

“As a whole the industry is pretty buoyant,” he says. “We are certainly seeing strong growth coming through our major customers so things are relatively positive at the moment.”

Armed with “significant new products” that are “performing exceptionally well”, Watkins feels this is one characteristic of the category that isn’t changing.

“The lifeblood of this industry tends to be around having new technology and new products coming through on a regular basis so our standard products are going really well but we are certainly getting the lift out of the new products,” he says.

So is everyone involved in adhesives on to a sure thing in a market where construction is in high demand?

Jonathan Skelton of Acme Supplies, with his Henkel hat on, feels that a combination of brand recognition and customer knowledge of a product’s applications are still key to success in this category, something that he is looking to improve on in the coming year for Henkel’s Loctite offering.

“We have looked at this market and the way that we transfer information about products has a little way to go because glues have a part in the day to day running of the household. Similar to staples, glues are under the radar.”

So education remains a category byword? “There are some very good product applications that need to be transferred to the market. We see Loctite as a strong brand but there’s opportunity to build on that. So the brand recognition is strong but consumer knowledge on the application for specific jobs still has a little way to go,” he says.

One company that has done well on the strength of its product application is Liquid Rubber, with Director Elliot Guy seeing a double digit sales increase in the past 12 months.

“I think people like our products because you still get a 10-15 year warranty but you don’t have to go through the whole rigmarole of removing the old substrate. So, if there is a thousand square meter job we can be in and out within two weeks and there are no loud noises and less disruption of tenants.

On health & safety: “It’s going to get to the stage where everyone is going to pass on their costs to the consumer, the building owner, or the landlord”

“There is also more money around and word of mouth has been pretty good especially in industries like motor homes, caravans and stuff for when people have leaks,” he explains.

As well as working hard on its Google ad words which have brought strong online sales, Liquid Rubber has also made its way onto the shelves at Mitre 10, a coup for the company and one that should see its presence grow in the year ahead.

Looking away from numbers now, there is some concern among players in this category around the Health & Safety at Work Act which came into effect last month and which places greater responsibility on businesses to ensure the safety of anyone working in or entering their workplace.

Liquid Rubber’s Elliot Guy for one fears that builders and contractors on site could be coming into the line of fire: “You have to have strict rules on safety but I just wonder how much further it’s going to go. There’s a lot of grizzle around about this at the moment and all my guys are saying it’s starting to get quite hard, especially for contractors,” he says.

“I think OSH believes everything is preventable, whereas I think that’s a hard ask. And now the boss will want to be there too, so his time will be charged and it will go slower because everything has to be done methodically. And it’s going to get to the stage where everyone is going to pass on their costs to the consumer, the building owner, or the landlord.”

The other side of the coin is suppliers making big changes to their own facilities and processes to ensure they are not only complying with the new workplace safety regime but also improving their business infrastructure.

Following on strong growth in its sealants and adhesives in the last 24 months, Holdfast NZ Marketing Coordinator Kevin Degutis reports that the company is “investing quite heavily to make sure everything is up to standard.

“We are currently in the process of pretty much replacing all of the pallet racking through the building and we’ve also made sure that all our territory managers and reps have had driver training. So we understand the accountability and are making sure that we are in line with that code.”

How about Elliot Guy’s view that costs may be eventually passed onto the consumer?

“I wouldn’t be surprised because, as far as time is concerned, the cost could be passed on. However, that should really only affect people who don’t have good processes in place. For those who are proactive, it will be something that will almost be taken in stride and put into their process,” says Holdfast’s Degutis.

Acme Supplies’ Jonathan Skelton has also found that preparing for the workplace safety change has brought with it some useful streamlining for the company’s infrastructure having consolidated its warehousing into one operation out of Havelock North rather than two. This has brought with it a more efficient supply chain and a better working environment to boot.

Another very current concern that’s being bandied about in the channel is the issue of third party product testing. The recent issues around reinforcing mesh has some parties suggesting mandatory third party testing for building materials as a solution.

So what do the players in glues, silicones, sealants and tapes think about the idea? I asked Jo Leonard at Ardex what effect third party testing might have on the company.

“As an accountability perspective and having a product that is warrantable, I think BRANZ certification makes a very big difference”

To paraphrase, little to none, she says resolutely. “We have incredibly rigid R&D and processes that all of our new products have gone through. And Ardex has been through BRANZ testing which is third party anyway. So, if it came in, as long as it was a completely independent third party, then no problem. At the end of the day, as long as the reasons are right and ensuring the safety of products, then that’s OK.”

Over at Bostik, Paul O`Reilly also feels that the company will be in good stead should a third party testing regime come into place.

Holdfast’s Kevin Degutis feels that while a new testing regime could create issues for some importers, it can only be a good thing: “We are aware of the influx of cheaper products entering the market and of course the deals they are offering are really attractive in terms of pricing – but there are real questions and concerns on how well they deliver the quality and reliability.

“The fact that currently there are little to no regulations on those products which are being sold directly to the market is where we see an issue. So we take the proactive steps to hold ourselves accountable to provide higher quality products to avoid that.”

“Proactive steps” in this case refers to BRANZ accreditation, something Holdfast among others still holds in high regard.

“In the market there is still some question whether BRANZ certification makes a difference, however as far as an accountability perspective and having a product that is warrantable, I think BRANZ certification makes a very big difference. It just gives an impartial qualification and level of standard especially in products which in some instances are held to a 50-year warranty standard by the Building Code, especially sealants and adhesives.”

Rather than just giving local manufacturers an edge, Liquid Rubber’s Elliot Guy, with waterproofing in particular top of mind, feels that a third party testing regime would help reputable importers: “I think it just gives peace of mind for the applicators and the importers.”

Summing up, the responses from players in this category to the third party testing idea ranged from casual indifference to “bring it on!” This seems indicative of a category standing on firm ground in the market. Let’s hope that continues. 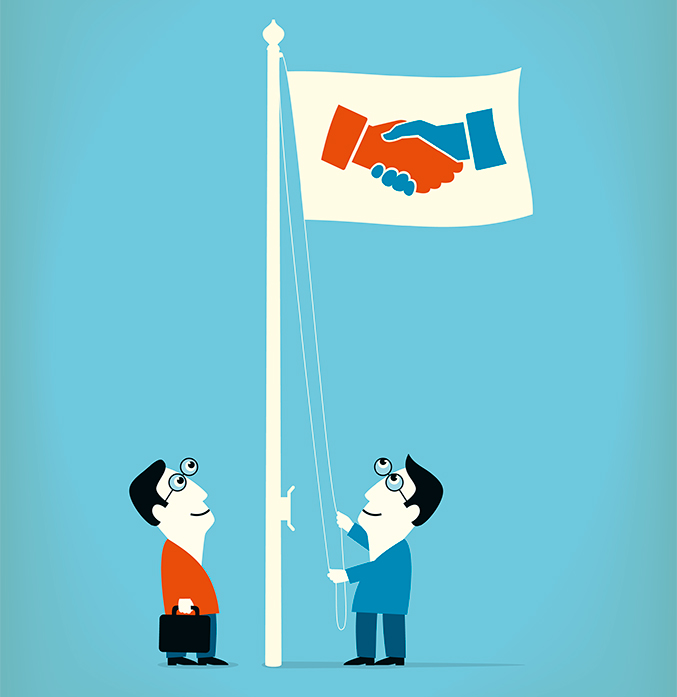 The Commerce Commission has given clearance for HB Fuller Company Australia Pty Limited to acquire the business and assets of Advanced Adhesives New Zealand Limited.

Because both are involved in the supply of hot-melt and water-based adhesives in New Zealand, the Commission’s investigation focused on the competitive effects of the merger in each of the national markets.

The Commission found that the merger would not have, or would not be likely to have, the effect of substantially lessening competition in the affected markets.

Commerce Commission Chairman, Dr Mark Berry, said that “The overlap in water-based adhesives will be minor so the merger was unlikely to result in any significant change to competitive conditions.

“In our consideration of the hot-melts market, we found that HB Fuller is likely to face strong competition from Henkel and several fringe competitors, all of which have the potential to expand in a timely manner.”