This month in 1996 we were highlighting two classical examples of the family tradition in hardware. What’s more both are still around – in one form or another.

(Above: Shalfoon & Francis True Value Hardware in 1996. You can still check out the store today, thanks to the Opotiki Museum.) 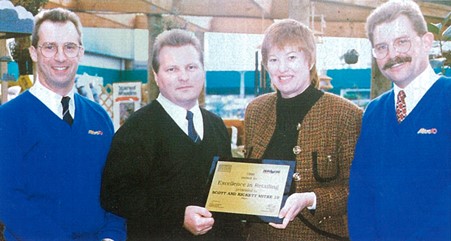 First we look back to what we called then “a successful business based on good old fashioned family values.”

20 years ago, one family – the Ricketts – dominated the Hawke’s Bay hardware market. By then, family patriarch and Mitre 10 Hall of Famer, the late Derek Ricketts, had already passed day to day control over to sons Stephen (left in photo) and Graeme (right).

By 1996, with 70+ staff and four locations (Napier, Taradale, Hastings and Havelock North), Graeme was running the retail side of things from the Onekawa central DC while Stephen was driving the trade business from the Home & Trade Centre in Havelock North

The firm may have been about family values but that didn’t mean thinking small.

Indeed, in advance of Mitre 10 NZ’s own big box programme proper, the family would buy a site in Hastings and start developing the country’s first large format store.

That concept would become the very first Mitre 10 MEGA.

10 years on and Napier would get one too but Hastings’ MEGA would soon enough turn out not to be mega enough and, by 2010, a more mega MEGA was on the cards for Hastings.

The rest, as they say, is history. 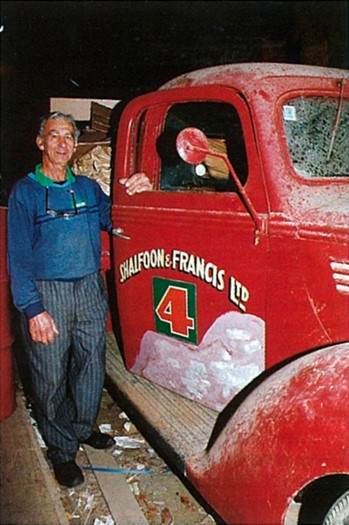 FROM ONE BAY TO ANOTHER

Looking northwards to the Bay of Plenty and Opotiki, 20 years ago, we’d been talking with 80 year-old George Shalfoon, towards the end of the life of the store that had been in his family for the best part of a century (see photo at top).

Winner of the Neil Sutton Achiever’s Award at 1993’s True Value conference, George was still getting up at sparrow’s fart to open the doors at Shalfoon & Francis True Value Hardware.

The business had been on that same Church Street site since 1906 but, sad to say, George was the last in a long line of Shalfoons who made their way to the then thriving town of Opotiki from Lebanon at the turn of the 19th century.

Having started in the store aged just 15, George was still working hard at the business but, even with the town having seen better days, he couldn’t bring himself to finally shut up shop.

And who could blame George, with a family history that not only ran the gamut of trade in general hardware but was also closely embedded in local history – for example the Shalfoons also built the Opotiki Theatre in 1926 and it’s still operating today.

George however sadly passed away, aged 86, in 2002, but the premises on 129 Church Street are still there and look little different today from our 1996 photos, having been donated to Opotiki Museum (https://opotikimuseum.org.nz/).

(Photo left: George Shalfoon, circa 1996, with the 1938 truck that’s been preserved along with his store.)

Manager of Opotiki Museum, Dot Wilson, tells us that local farmer Alan Rowe bought the shop from George and gifted it to the Museum, which is why it has remained virtually the same as when George left, around 2001.

The row of four stores on Church Street in which the Shalfoons’ store sits now bears Historic Places Trust’s Category One by the way and volunteers run both this museum and the new one on Opotiki’s main street.

Both are well worth a visit next time you’re in the Bay!